By John Hanna, The Associated Press
MANHATTAN, Kan. — The Kansas Board of Regents on Tuesday made Richard Myers, a retired four-star general and former Joint Chiefs of Staff chairman, president at Kansas State University, promoting him after he served as interim president since April.

The regents voted unanimously to promote Myers to president of the land-grant university in Manhattan, which has about 24,000 students.

"Well, I guess the honeymoon is over," Myers joked after the vote. "I think we have a role in the future, and that is granting access to all who want to come to a university. We have some challenges ahead of us."

Myers graduated from Kansas State in 1965 and joined the military through the ROTC program at the university. After his retirement from the military, Myers was a part-time professor of military history and leadership before being named interim president. He was given the Presidential Medal of Freedom on Nov. 9, 2005. 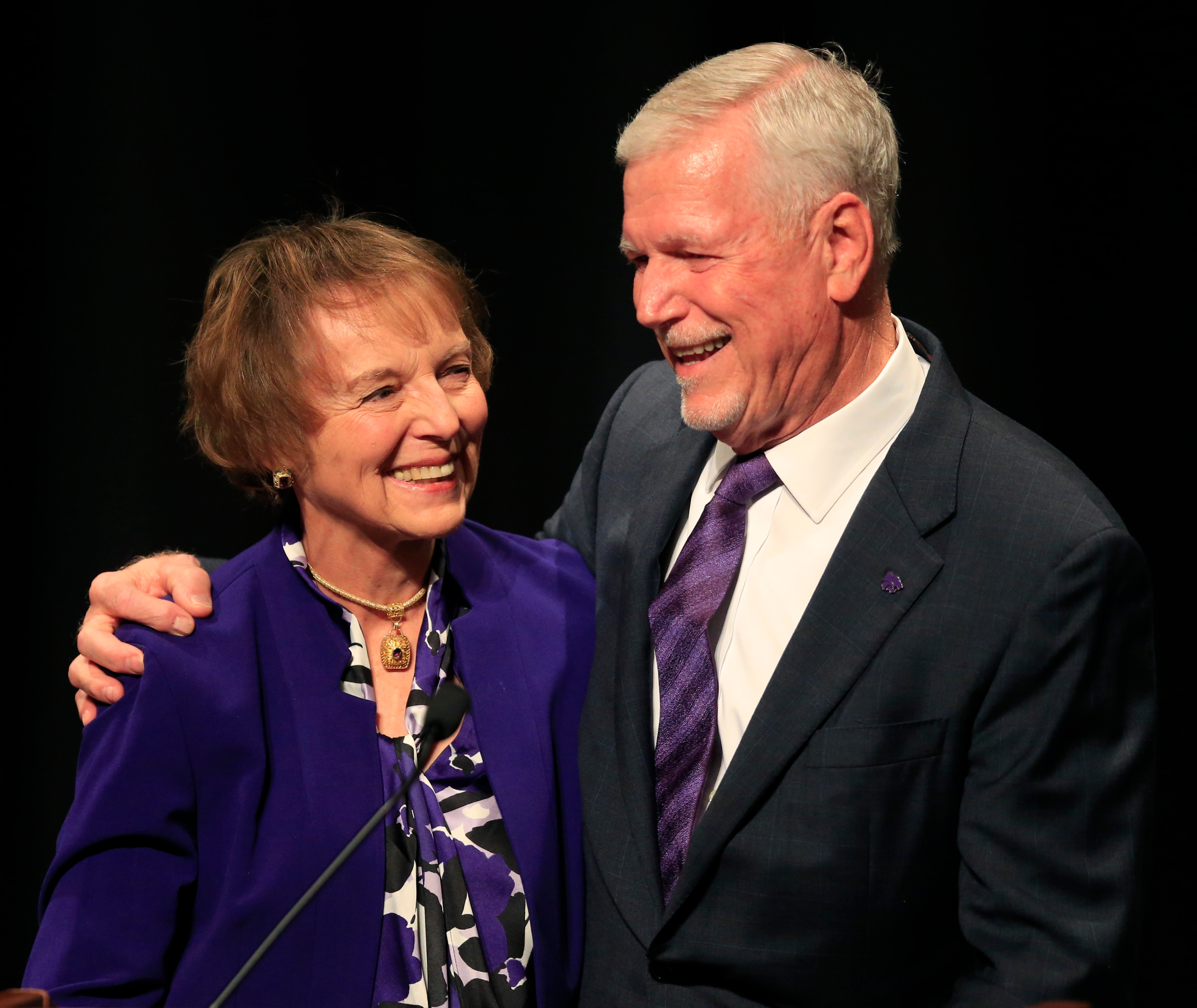 Richard Myers, right, stands with his wife Mary Jo after being named president of Kansas State University in Manhattan, Kan., Tuesday, Nov. 15, 2016.
Photo Credit: Orlin Wagner/AP
The president will face some weighty issues, from cuts in state funding to Kansas' public universities to the looming allowance of concealed weapons on campus.

Most recently, Republican Gov. Sam Brownback issued budget cuts in May and June to help shore up the state's budget, including 4 percent cuts to the state's six public universities. But Kansas State and the University of Kansas each took proportionately larger cuts of about 5 percent because the smaller universities rely more heavily on state funding for their overall operating budgets than the larger research institutions.

Starting in July, Kansas State and other public universities in the state must allow anyone 21 or older to have concealed firearms on campus in buildings that don't have security measures, including metal detectors — an option widely considered cost-prohibitive for most campus buildings.

Myers' becomes the second high-profile military man to be appointed to a leadership position in the last two years. In January 2015, The University of Texas System hired Retired Adm. William McRaven as chancellor of the 15-campus system. McRaven, a San Antonio native and graduate of the University of Texas, is a former Navy Seal and led the U.S. Special Operations Command before his selection as chancellor.

Republican lawmakers are blasting Biden for poor planning ahead of last year's withdrawal from Afghanistan.

Family and supporters of Marine veteran and journalist Austin Tice are asking President Joe Biden to do more to bring Tice home.

Ricky Shiffer served in the Navy and the Florida Army National Guard, according to military records.

With the help of Oplign, Amazon is using artificial intelligence to match skill sets of veterans and their spouses to careers post-service.

The civilian man initially had no pulse, and bystanders told the Marine they assumed he was dead.

Thomas Robertson will get credit for the 13 months he has already spent in custody.

US: Drone attack targets US base in Syria, no casualties