Kurdish factions within the Syrian Democratic Forces will soon be getting U.S. arms for their battle with the Islamic State in Syria, according to officials in Baghdad.

Despite strenuous objections from Turkish officials, the Trump administration on Monday granted the Defense Department authority to arm the People’s Protection Units or YPG, which defense officials believe is the fighting force most capable of defeating ISIS in the Syrian city of Raqqa, it's self-proclaimed capital.

"Some of the equipment is already in theater" said Col. John L. Dorrian, a spokesperson for Operation Inherent Resolve. "And some may have already begun to be dispersed."

Prior to White House authorizations to arm Kurdish factions within the SDF, the Pentagon was already equipping the Syrian Arab Coalition, an Arab SDF contingent. Much of the equipment supplied to the Arab coalition is already in place, Dorrian said.

Officials in Baghdad were hesitant to describe the particular types of weapons systems approved for distribution to the YPG. They would only say that the equipment includes small arms, ammunition, heavy machine guns and mortars," weapons capable of defeating [vehicle-borne improvised explosive devices]," Dorrian said.

Pentagon officials would not confirm if the gear includes anti-tank missile systems like the U.S. TOW or AT-4 weapons that have been fielded by the U.S.-backed Free Syrian Army.

However, defeating an up-armored VBIED may require more than just a heavy machine gun according to, Adam Routh, a former Army Ranger and defense strategist at the Center for a New American Security, a think-tank in Washington.

"If this is a Toyota with industrial-grade steel plates welded to the vehicle, a DShK [Russian heavy machine gun] could probably disable the VBIED," Routh explained. "If it's a military-grade armored vehicle, you'd need an anti-tank weapon system like an AT-4 or M3 Carl Gustaf. When in doubt, an actual anti-tank weapon system would be the right choice over the DShK."

ISIS fighters in Iraq and Syria have commonly used both tactics, rigging U.S. Humvees and standard trucks and cars with armor plating. 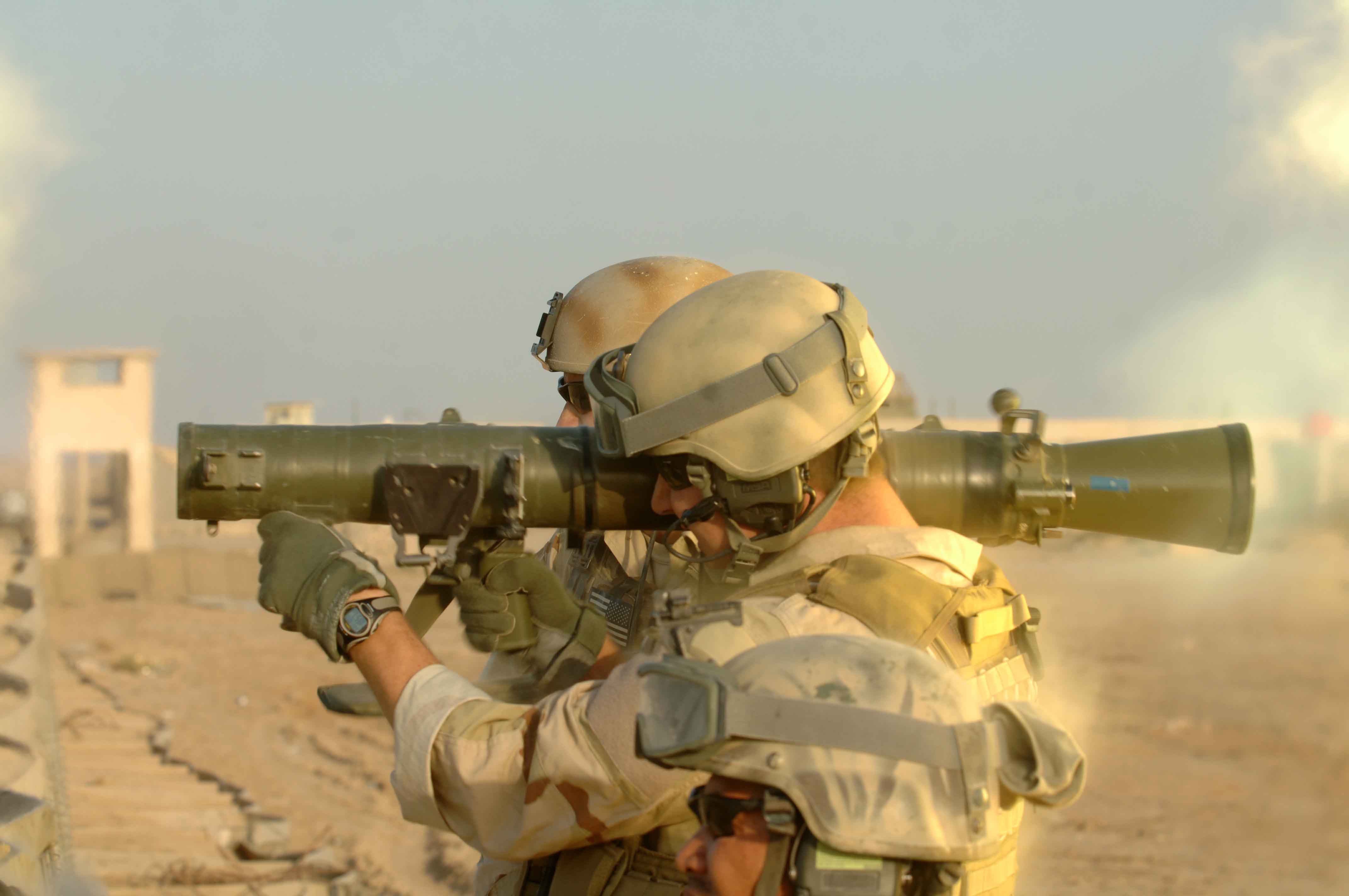 U.S.Army Special Forces hold familiarization training with the Carl Gustav M3 recoilless anti-tank rifle during Operation Iraqi Freedom. (Army)
Photo Credit: Mass Communication Specialist 2nd Class (DSW/SW) Christopher Perez
The Trump administration's decision to arm the YPG is straining relations with Ankara. Turkey, a NATO ally, has long held that the YPG are a militant arm of the Kurdistan Workers' Party, or PKK. The PKK has been designated a terrorist organization by Turkey, the U.S. and international community, and has launched deadly attacks in Turkey for decades in an attempt to gain autonomy for the Kurds who live there.

A spokesperson for the YPG welcomed the development, calling it a "historic decision," though "a decision made a bit late."

To allay Turkish concerns, U.S. defense officials contend that weapons provided to the YPG "will be metered out to accomplish specific objectives" as the SDF continues to isolate Raqqa, Dorrian said. The Pentagon will account for all the arms and "ensure they point at ISIS," he added.

The U.S.-backed Kurdish forces have been one of the most effective fighting forces in the region, a group that the coalition has relied upon in its anti-ISIS campaign in Syria.

SDF forces are currently engaged in an operation to liberate Tabqa city and a major hydroelectric dam that supplies Raqqa and the surrounding area with electricity. That operation was launched in mid-March with a daring air-assault raid led by U.S. air assets.

The vast majority of Tabqa city has been liberated by SDF forces, according to Dorrian. Kurdish militants continue to clear ISIS pockets from the last two remaining neighborhoods, as they completely cut off the dam.

The liberation of Tabqa and the dam is one of the final steps to completely isolate Raqqa.
About Shawn Snow

A move to fast-track confirmation of the president's nominee was blocked by a Republican senator on Wednesday.

No injuries were reported in the incident.

Expeditionary sea base Miguel Keith, mine countermeasures ship Chief, and littoral combat ship Charleston conducted the mine warfare training together — the first time they have done so in U.S. 7th Fleet.

Five months after this USS George Washington junior sailor’s death, his loved ones wait for answers