Arizona Sen. John McCain has released a lineup of his all-time favorite books in the form of a summer reading list.

The Vietnam veteran, former Navy pilot and current chairman of the Senate Armed Services Committee was sure to include military history, historical fiction and personal narratives of war on his list.

"As an avid reader, I have always believed in the power of books to educate, entertain and inspire," McCain wrote in an introduction to the reading list, which was posted on Medium. "With summer underway, I encourage all Americans to pick up a book and read this summer  —  from fiction to history, you can do no better for your mind than to read."

On the military history side of things, McCain includes "The Best and the Brightest," by former New York Times reporter Pulitzer Prize winner David Halberstam. 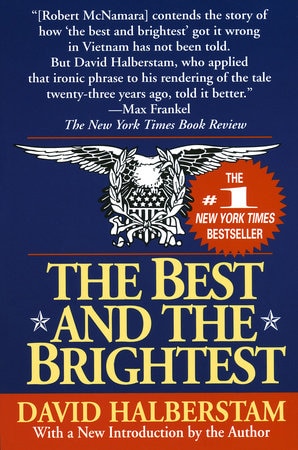 The Best and the Brightest by David Halterstam.
Photo Credit: Courtesy
"The Best and The Brightest" examines the foreign policy decisions of the Kennedy and Johnson administrations that led to a full-fledged war in Vietnam.

"'The Best and the Brightest' illustrates how a nation can lose a war and see its worthy purposes and principles destroyed by self-delusion," writes McCain, who was held for nearly six years as a prison of war in North Vietnam.

Ernest Hemingway’s "For Whom the Bell Tolls" is one of several novels included on the list, depicting the brutality of the Spanish Civil War from the eyes of a volunteer American soldier serving in the International Brigades.

"An American classic and my all-time favorite, 'For Whom the Bell Tolls' tells the story of a young American’s test of loyalty, courage, love and defeat during the 1937 Spanish Civil War," McCain wrote.

All Quiet on the Western Front by Erich Maria Remarque.

Make Your Bed: Little Things That Can Change Your Life ... And Maybe the World by retired Adm. William McRaven.

McCain writes that he will update and add to the list in the future. He also invites readers to review the books and make recommendations of their own in the comments section.

Ukrainian President Volodymyr Zelenskyy has generated no shortage of eye-catching headlines and propaganda.

The Navy is bracing for even more significant recruitment difficulties in fiscal 2023.

Air Force grounds most C-130Hs due to cracked propeller barrels

It's uncertain how long it will take Air Mobility Command to replace all the defective propeller assemblies that have grounded most C-130H planes.

“Fentanyl kills indiscriminately and, tragically, here it took the life of a Marine," a top prosecutor said in a statement.

VA to extend caregiver benefits to ‘legacy’ families until late 2025

U.S. ships seize $100 million of hash, heroin in the Gulf of Oman