By Andrew Tilghman
Commander of the International Security Assistance Force (ISAF), Gen. John Campbell, center, hugs ISAF Gen. Hans-Lothar Domrose, as Command Sgt. Maj. Delbert Byers watches them during a ceremony at the ISAF headquarters in Kabul, Afghanistan, Sunday, Dec. 28, 2014. The United States and NATO formally ended their war in Afghanistan on Sunday with the ceremony at their military headquarters in Kabul as the insurgency they fought for 13 years remains as ferocious and deadly as at any time since the 2001 invasion that unseated the Taliban regime following the Sept. 11 attacks. (AP Photo/Massoud Hossaini) 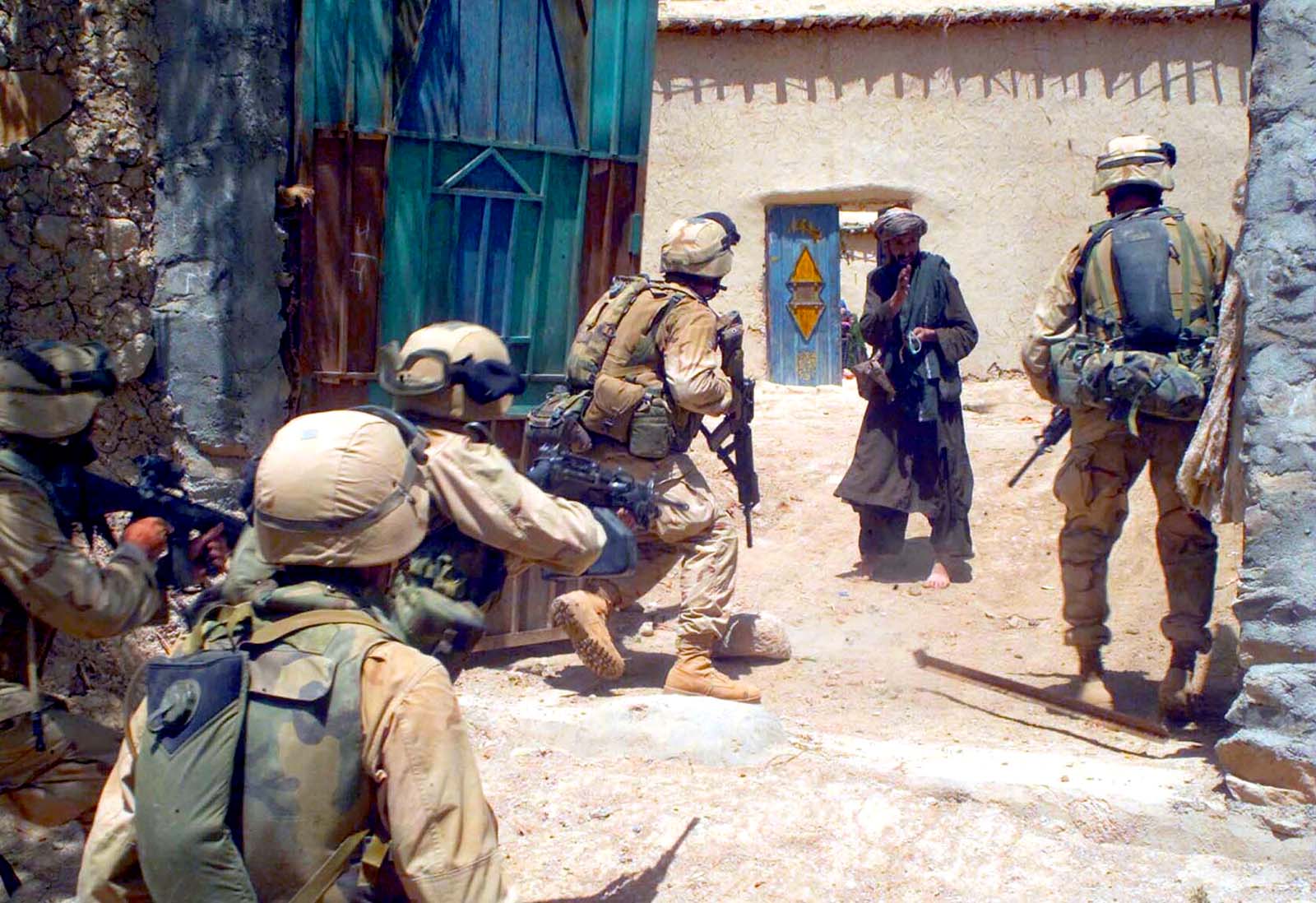 The mission that took the lives of 2,356 U.S. service members was punctuated with a ceremony with military officials in Kabul and a statement from President Obama lauding the efforts of those involved.

"On this day we give thanks to our troops and intelligence personnel who have been relentless against the terrorists responsible for 9/11 — devastating the core al Qaeda leadership, delivering justice to Osama bin Laden, disrupting terrorist plots and saving countless American lives. We are safer, and our nation is more secure, because of their service," Obama said in the written statement.

Up to 10,800 U.S. troops will remain in Afghanistan in 2015 and the mission will be renamed "Operation Freedom's Sentinel." Military officials say that will be a narrowly defined two-prong mission: advising the Afghan army and continuing to mount counterterrorism operations against the Taliban and other insurgents who may pose a threat to the U.S. or Afghan governments.

Obama's current strategy calls for reducing the U.S. force level to about 5,000 in 2016 until a complete end of the military mission there before he leaves the White House in 2017.

The early years of OEF encompassed missions around the world. Many U.S. troops supporting the invasion of Iraq in 2003 were technically deployed under OEF orders. And it also included counterterrorism operations in Southeast Asia, North Africa and elsewhere.

For years, the war operations in Afghanistan were comparatively small. U.S. troop levels there remained below 30,000 until 2008, when the Taliban insurgency began gaining ground and threatening the American-backed government. U.S. troop levels peaked at around 100,000 in 2010.

Pessimism about the military mission in Afghanistan has grown during the past several years.

According to a Military Times reader survey, the percentage of active-duty service members who say the U.S. ultimately is "very likely" or "somewhat likely" to succeed in Afghanistan has dropped from 76 percent in 2007 to 23 percent in 2014.

A similar trend is reported among civilians. While the mission was overwhelmingly popular when it began in October 2001, a Gallup Poll in 2014 showed that about half of Americans believe sending troops to Afghanistan was a mistake.

Operation Enduring Freedom, the military mission based in Afghanistan that took the lives of 2,356 Americans, officially ended on Dec. 28

Drinking water trailers and portable toilets were brought in, and the incident led to mandatory relocations for some families.

One patient took an $880.72 ambulance, paid for by the Defense Health Agency, because of a cancerous tumor of the mouth — not a medical emergency.

Nine paratroopers will be inducted into the 82nd Airborne Division Hall of Fame.

The vehicle moved forward into the open gap, falling into the Dane River. Local divers recovered the Soldier’s body shortly after the event.

A year after Afghanistan’s fall, a Marine veteran reflects on collapse