World Series of Fighting wants vets for MMA fights, and it's not too late to apply

The World Series of Fighting's search continues for two military veterans to fill a spot on its promotional fight card Nov. 12.

About 50 veterans have applied by submitting videos since the MMA organization began recruiting for its "Who’s the Toughest?" competition in May. WSOF President Ray Sefo, a six-time Muay Thai world champion, reviews applicants and makes the cuts. the World Series of Fighting continues its search for military veterans, with or without MMA experience, to fill its promotional fight card Nov. 12, Veterans Day weekend.

While WSOF’s website indicates it has approximately 89 fighters on its active roster,There have been almost 50 "Who’s the Toughest?" applications so far.

"Sefo whittled it down to eight … [and is] already working with them," WSOF CEO Carlos Silva said of the first group of applicants.

Silva offered advice to veterans let Army Times in on some prime advice for service members ​eager to prove they are the toughest.

"Like anything, when you’re going into a job interview, be organized [and] be clear with your background [and] your video," Silva said. "Create some really good training videos, [showing your] sparring and fighting."

Sefo has been noted to be going about the "Who’s the Toughest?" recruitment process like he would when scouting talent for the WSOF.​

Mixed martial artists, like any athletes, draw upon the excitement of the fan base. Silva recommended applicants be able to show "excitement, a lot of energy, and a lot of movement" in their video submissions. 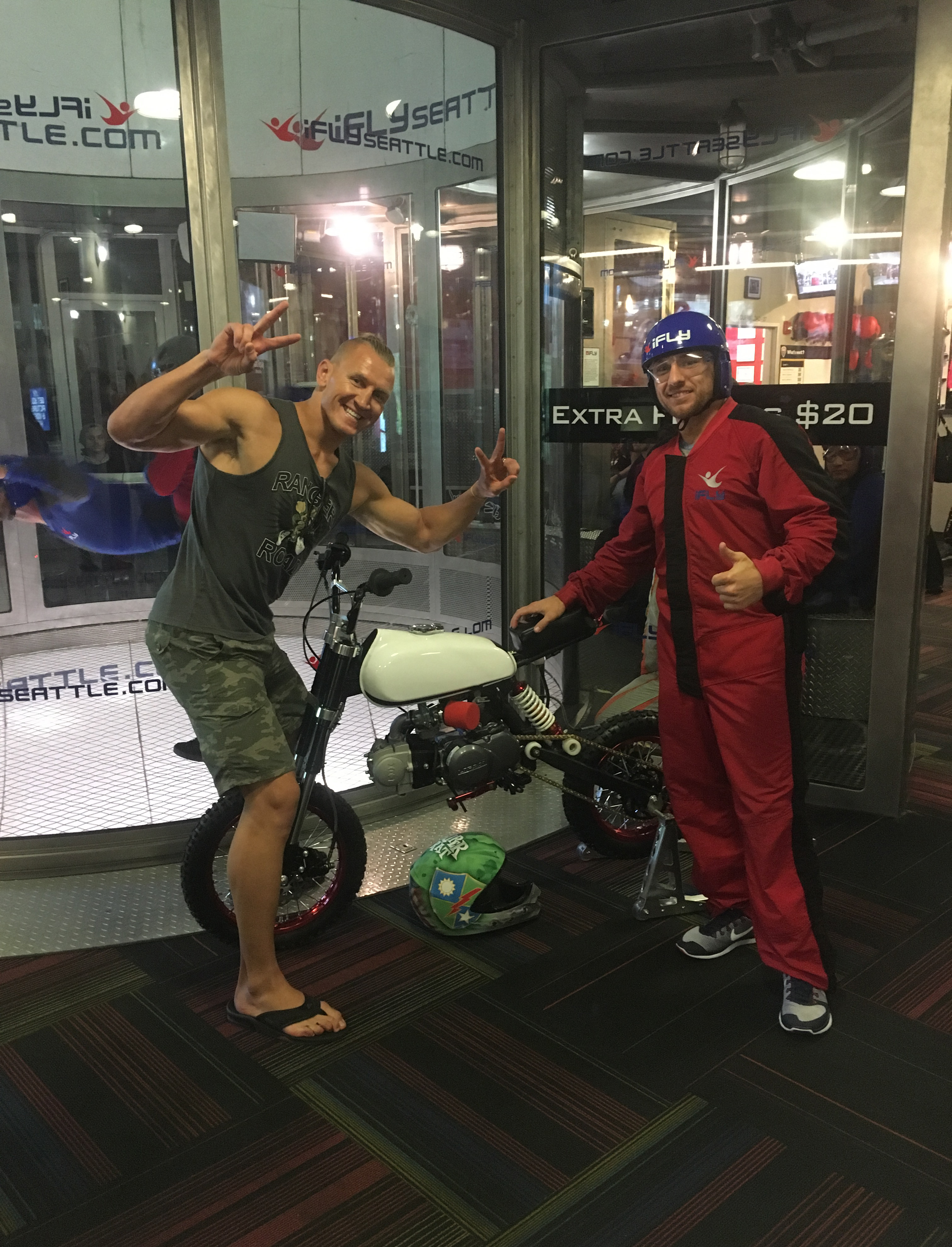 WSOF fighter Lance Palmer with members of Ranger Road, a veteran group formed by an MMA fighter and former Army Ranger.
Photo Credit: Courtesy
Fighting experience is not necessary and remains only one aspect of the competition.

"We’re also giving guys with great stories a great opportunity … [allowing] that platform to them that they’ve provided to us," Silva said.

Along with fighting reels showcasing training and sparring, veterans should incorporate their life stories and military experiences into their applications.

"It’s a combination of what they’ve done … for all of us and our country," Silva said.

Silva cited examples of veterans, "guys in really rough shape," who used MMA to "get their lives back on track" and even "save their lives."

"[The videos] should show their discipline and their training and the respect, anything you can say about any of our veterans," Silva said. "We want to see how that weaves into their fighting and their story."

The idea for the competition originated during discussion of a potential reality show about "veterans who found MMA and used MMA as a way to get fit again … and reintegrate [into society] after tours," Silva said.

The excitement and branding of the "Who’s the Toughest?" program shows promise for the reality show and future WSOF projects to finally come to fruition.​

After building up the WSOF brand through several more fights, ​Silva hopes to be able to expand "Who’s the Toughest?" to a biannual event.

Marine veteran Sgt. Caros Fodor, who used MMA to cope with his post-traumatic stress disorder, and Sgt. 1st Class Colton Smith, an Army Ranger deployed to Afghanistan, have been representing the military community in the MMA world for years now.

Silva, surprised at the skills of the fighters recruited through "Who's the Toughest?" hopes to sign veterans like Fodor and Smith to the WSOF.

"As it turns out, so many of these veterans are in regional promotions or have an amateur career," he said. "It could very well develop into, if you emerge from ‘Whose the Toughest?’ you become a WSOF pro."

"We’d love to have [at least] 10 female veterans with great stories that have used MMA and give them the same opportunity," Silva said.

WSOF plans to collaborate with veterans groups on other events. WSOF featherweight fighter Lance Palmer reached out to Ranger Road, a veterans group founded by MMA fighter and former Army Spc. Mikhail Venikov, to organize an indoor skydiving event with veterans in Tukwila, Washington, in July.

Ranger Road were given tickets to Palmer’s Featherweight title fight at the XFINITY Arena in Everett, Washington, the following Saturday night, July 30, where he reclaimed his title from Alexandre Almeida by a majority decision. Also on the WSOF 32 fight card, Fodor squared off and beat his brother Ben "Phoenix Jones" Fodor by a unanimous decision.​

"We hope to build a really nice platform," Silva said. "Both benefiting veterans, raising awareness for their needs, giving back, and gives them a national platform to showcase their skills as well."​

The results of the "Who’s the Toughest?" search and Sefo’s training regimen are set to debut in the Octagon on Nov. 12, live on NBCSN at WSOF35. A day after Veterans Day, four WSOF program recruits will be on the fight card, duking it out in two matches.

"Between now and then, WSOF will be releasing digital vignettes on the website, letting you get to know them and see Ray’s training," Silva said.

Veterans interested in "Who’s the Toughest?" can go here to learn more and here to apply.