BEIRUT -- Russia's Defense Ministry says its military chief of staff and the chairman of the US joint chiefs of staff have confirmed their readiness to restore a communications channel aimed at preventing midair incidents between Russian and US warplanes over Syria.

The call came as a Russia-initiated plan to set up safe zones was to take effect. 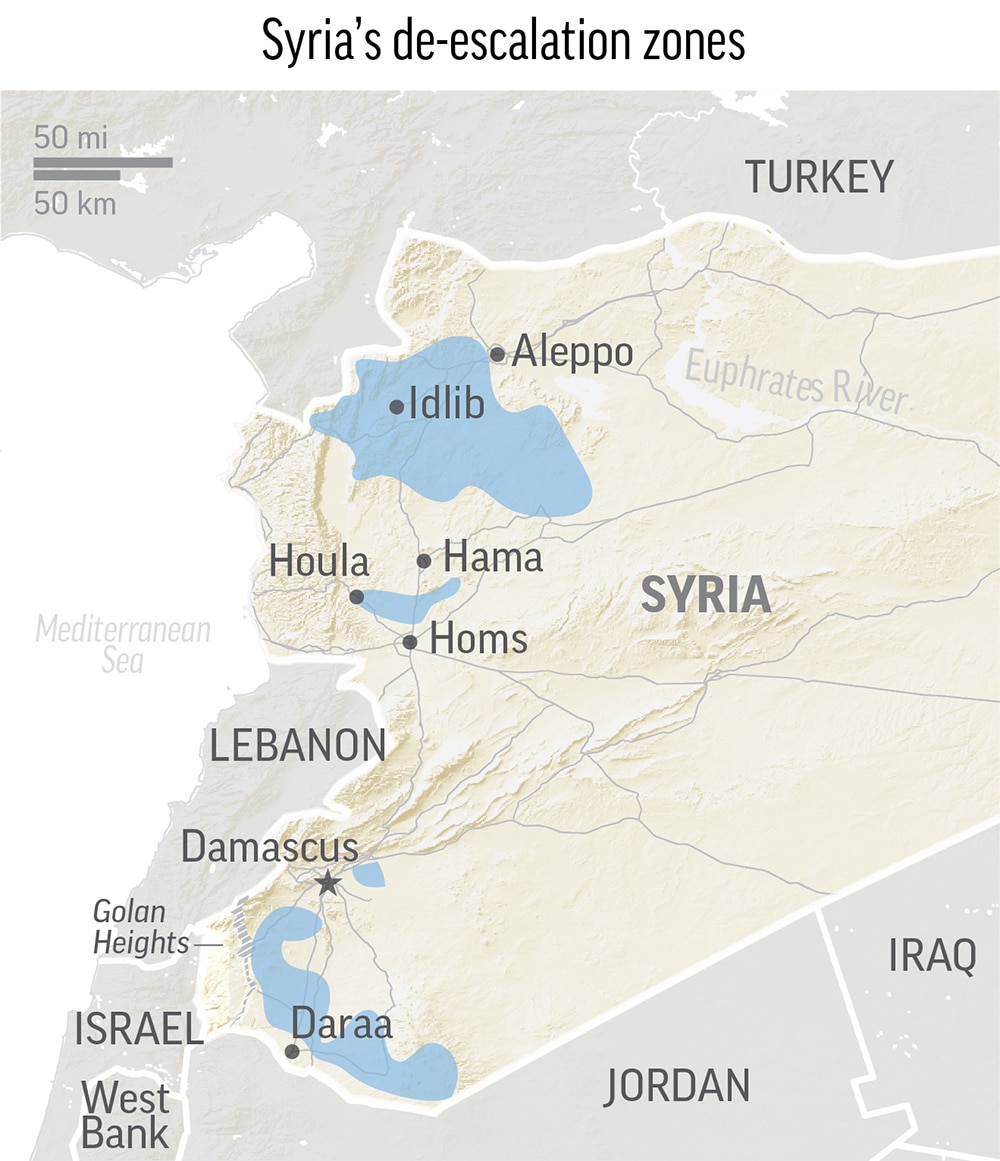 Map locates the four Russian-proposed safe zones across Syria
Photo Credit: AP
Russia suspended the communications channel last month after the United States fired a barrage of Tomahawk missiles at a Syrian air base in response to the Syrian military allegedly using chemical weapons in an attack.

A Navy family living off base in Virginia Beach narrowly escaped injury when their house was struck by bullets from a drive-by shooting that left with 17 bullet holes in the wall just feet from where their 8-month-old daughter lay sleeping.
Close
Now Playing