CAIRO — The U.S. says it has concluded its campaign against the Islamic State group's affiliate in Libya after the downfall of the group in its only remaining foothold in the chaotic North African country.

In a statement released on Tuesday, The United States Africa Command says that it carried out 495 airstrikes against militant vehicles and positions in the former ISIS stronghold of Sirte. 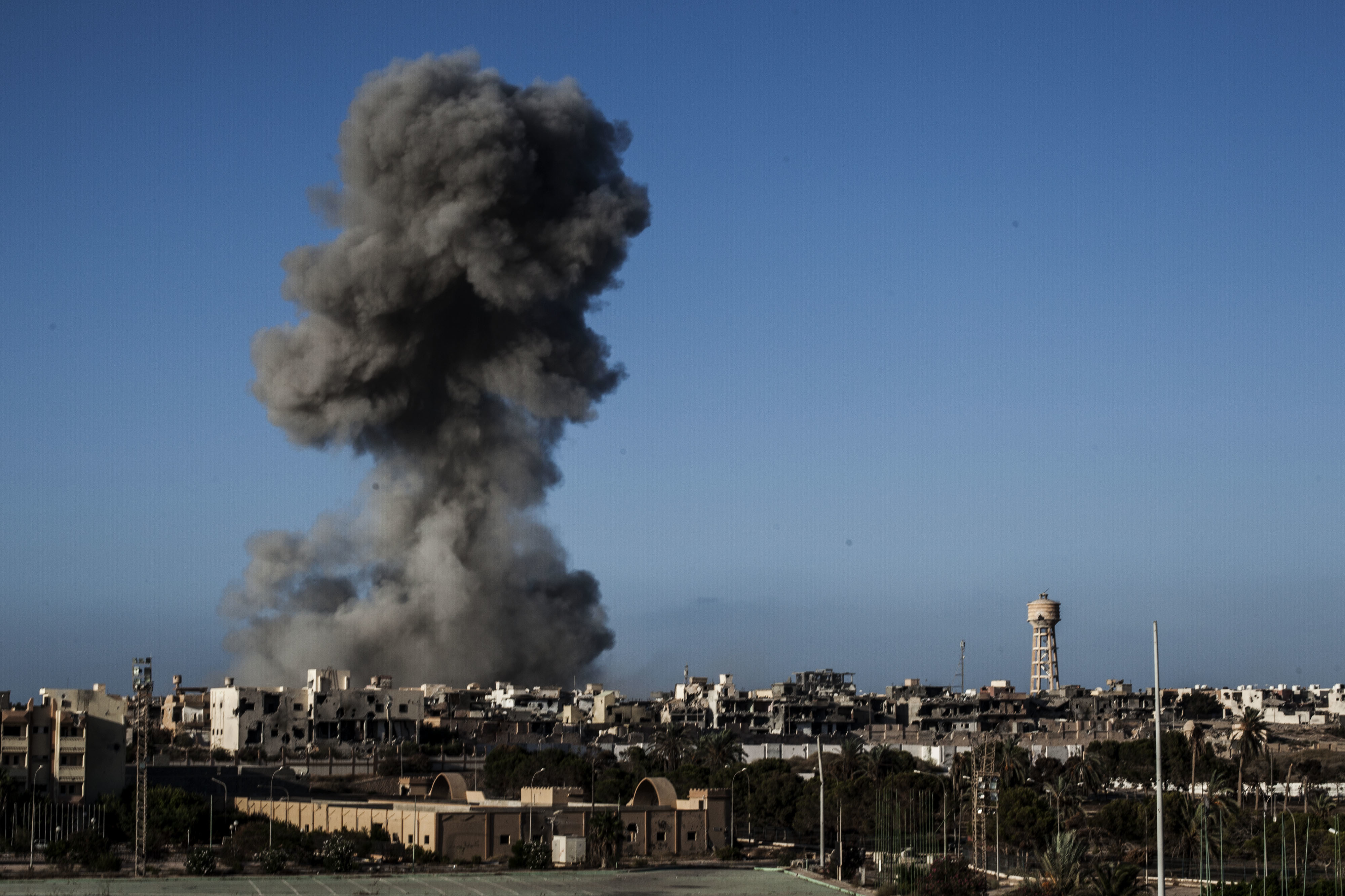 Smokes rises after an airstrike on an Islamic State militants held area in Sirte, Libya, Wednesday, Sept. 28, 2016.
Photo Credit: Manu Brabo/AP
It said that the U.S. will continue to help Libyans "counter the evolving threat" of ISIS.

U.S. warplanes intervened in August after the fight against IS had stalled. The assault led by militias from the adjacent city of Misrata started in June and ended this month with the announcement that IS forces in Sirte had been vanquished.