By The Associated Press
Members of the US-backed Syrian Democratic Forces (SDF), made up of an alliance of Arab and Kurdish fighters, walk down a street in Syrian town of Tabqa, on May 12, 2017, as they advance in their battle for the Islamic State's (IS) stronghold in nearby Raqa. / AFP PHOTO / DELIL SOULEIMAN (Photo credit should read DELIL SOULEIMAN/AFP/Getty Images)

BEIRUT— Syrian Kurdish-led forces were closing in Saturday on the de-facto capital of the Islamic State group in Syria, seizing a cotton mill only a couple of miles north of the city and clashing with the militant group on a number of fronts, activists and Kurdish media reported.

The Britain-based Syrian Observatory for Human Rights said the Kurdish-led Syrian Democratic Forces, backed by U.S-led coalition airstrikes, advanced as they clashed with the militants in a multi-pronged offensive northeast and northwest of the city. 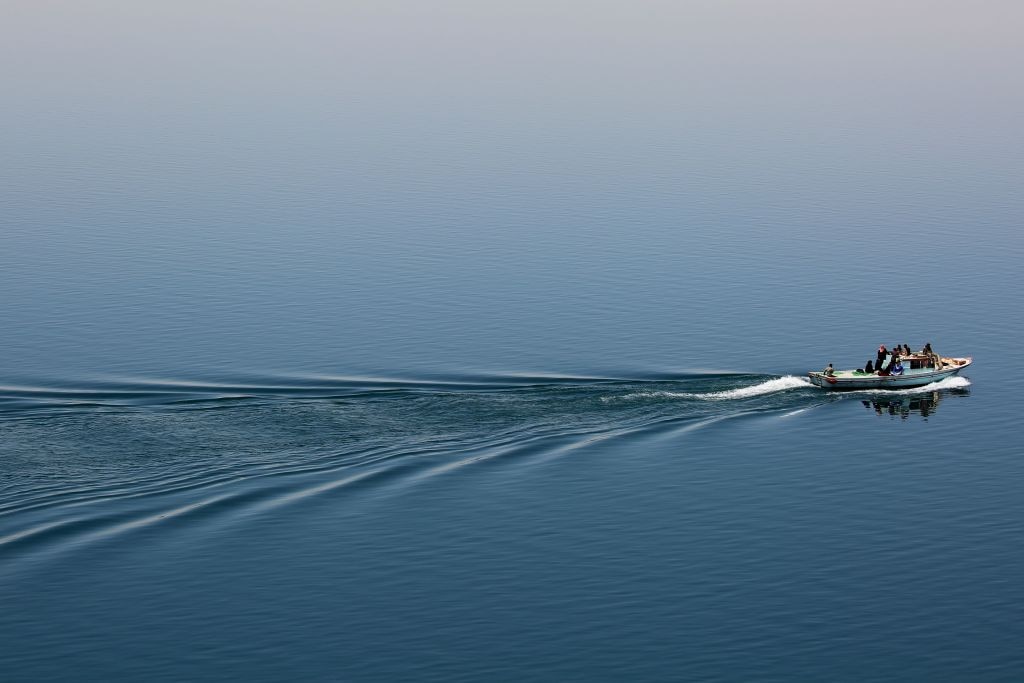 Members of the US-backed Syrian Democratic Forces (SDF) drive a boat carrying displaced and wounded civilians on Lake Assad, an enormous reservoir created by the Tabqa dam, on May 11, 2017, as they advance in their battle for the Islamic State group's stronghold in nearby Raqqa.
Photo Credit: Delil Souleiman/AFP/Getty Images
The offensive brings the SDF 4 kilometers (2.5 miles) from the northeast of the city, the Observatory said. Fighting was also reported about 6 kilometers (3.7 miles) north of Raqqa and 13 kilometers (8 miles) to the northwest, the Observatory said.

The Raqqa Campaign, a Facebook page affiliated with the Kurdish-led forces, said the fighters seized the cotton mill, 2.5 miles (4 kilometers) north of the city on Saturday. Kurdish Hawar news agency said the Kurdish-led fighters also seized the office of a farmer's union, a local ruling party headquarters and a prison used by the militants. The agency said the fighters seized about 186 kilometers (115 miles) north of the city in their advance in the last four days.

The Kurdish-led forces said Friday they expect to advance on Raqqa this summer, following their capture of a strategic town and dam, about 40 kilometers (25 miles) west of the city.

"The city is near, very near," said Nasser Haj Mansour, an adviser for the SDF.

Kurdish activist Mustafa Bali said the SDF are moving fast to reach the outskirts of Raqqa city, but that the battle for the city is likely to take time. He said in one push, the SDF moved through eight kilometers (5 miles) with good air cover, arriving 2.5 miles north of the city.

The activist-run Raqqa Being Slaughtered Silently group said the public markets in Raqqa have been closed, suspecting it is because of the proximity of the clashes. Later, the activist-run group said the militants ordered merchants to evacuate the vegetable market for the next few days. The group didn't elaborate.

The campaign to recapture Raqqa appeared to be accelerating following a decision by the Trump administration to arm the Kurdish-led forces with heavy weapons, giving a push to their ground partner to move toward the city, held by the militants since 2013. The weapons have not yet been delivered to the Kurdish-led forces, which include an Arab fighters unit.

Turkey strongly objects to Kurdish-led forces leading the campaign. Turkey considers the main component in the Kurdish-led SDF to be an extension of the domestic insurgents it labels as terrorists, and fears their growing influence in northern Syria.

Also Saturday, activists reported that Syrian government forces were able to regain control of an air base in the northern province of Aleppo from Islamic State militants. Al-Jarrah air base was seized by ISIS militants in 2014, and the government troops recapturing it comes amid an offensive in rural Aleppo to drive ISIS out of one of its last remaining territories in the province, Maskaneh, which borders Raqqa.

Meanwhile, near Damascus, Syria's military said it has captured from rebel fighters a major suburb on the eastern edge of the capital. Activists disputed the government's claim it has total control of Qaboun, one of the few remaining areas under rebel control in Eastern Ghouta, a rebel-stronghold that forms an arc from the northern to the eastern edge of Damascus.

Al-Ikhbariya state TV later aired a report from the neighborhood's southeastern edge, as gunfire crackled in the background. A field commander, who marched amid sand berms that rebels used for cover, said soon the neighborhood would be "100 percent free" of rebels.

Members of the U.S.-backed Syrian Democratic Forces, an alliance of Arab and Kurdish fighters, walk down a street in Tabqa May 12 as they continue their advance toward the Islamic State's stronghold in nearby Raqqa.

The Observatory said rebels remain in control of parts of the Qaboun neighborhood.

The military announcement came as the evacuation of adjacent besieged rebel-held neighborhoods was underway.

If confirmed, this increases the government's security belt around the capital and strips the opposition of another prized territory in the area. Rebels had held on to a number of neighborhoods at the edge of Damascus since the early days of the uprising, representing the most threatening opposition presence near the government's seat of power.

The evacuation of hundreds of residents of the Barzeh and Tishreen neighborhoods began last week. They were bused out to a rebel-held province in the north following an agreement with the government, emulating previous successful evacuations in other besieged areas that were also criticized as forced displacement.