Rocky start to Obama's China trip, beginning with the stairs

A confrontation between a White House aide and a Chinese official, and other diplomatic dust-ups were out in the open from the moment Air Force One landed in Hangzhou, site of an economic summit.

The first sign of trouble: There was no staircase for Obama to exit the plane and descend on the red carpet. Obama used an alternative exit.

On the tarmac, a quarrel broke out between a presidential aide and a Chinese official who demanded the journalists traveling with Obama be prohibited from getting anywhere near him. It was a breach of the tradition observed whenever the American president arrives in a foreign place. 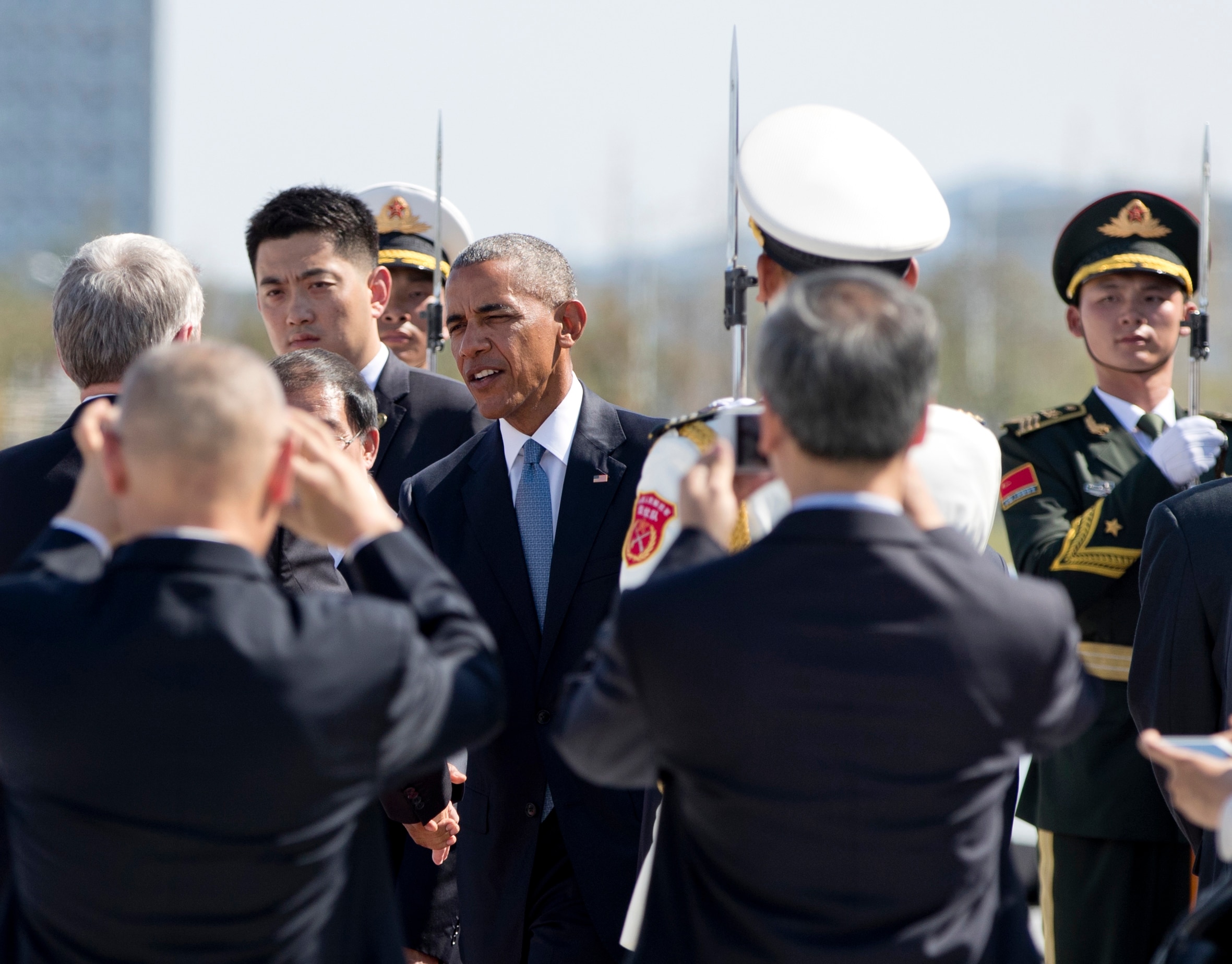 President Obama, is greeted as he arrives on Air Force One at Hangzhou Xiaoshan International Airport in Hangzhou in eastern China's Zhejiang province, Sept. 3, 2016.
Photo Credit: Carolyn Kaster/AP
When the White House official insisted the U.S. would set the rules for its own leader, her Chinese counterpart shot back.

"This is our country! This is our airport!" the Chinese official yelled.

Rice seemed less than amused by the incident when asked about it by a reporter.

"They did things that weren't anticipated," she said.

Later, two Chinese officials — one working to assist the American delegation — had to be physically separated after trying to hit each other outside an event.

Copyright 2016 The Associated Press. All rights reserved. This material may not be published, broadcast, rewritten or redistributed.

North Korea for decades has described the United States’ combined military exercises with South Korea as rehearsals for a potential invasion.

Pursuing passions and purpose outside of military life