Denmark urged to clean up U.S. military waste in Greenland

COPENHAGEN, Denmark — Greenland is calling on Denmark to clean up an abandoned under-ice missile project and other U.S. military installations left to rust in the pristine landscape after the Cold War.

The 1951 deal under which NATO member Denmark allowed the U.S. to build 33 bases and radar stations in the former Danish province doesn't specify who's responsible for any cleanup.

Tired of waiting, Greenland's local leaders are now urging Denmark to remove the junk that the Americans left behind, including Camp Century, a never-completed launch site for nuclear missiles under the surface of the massive ice cap.

"Unless Denmark has entered other agreements with the United States about Camp Century, the responsibility for investigation and cleanup lies with Denmark alone," said Vittus Qujaukitsoq, Greenland's minister in charge of foreign affairs. 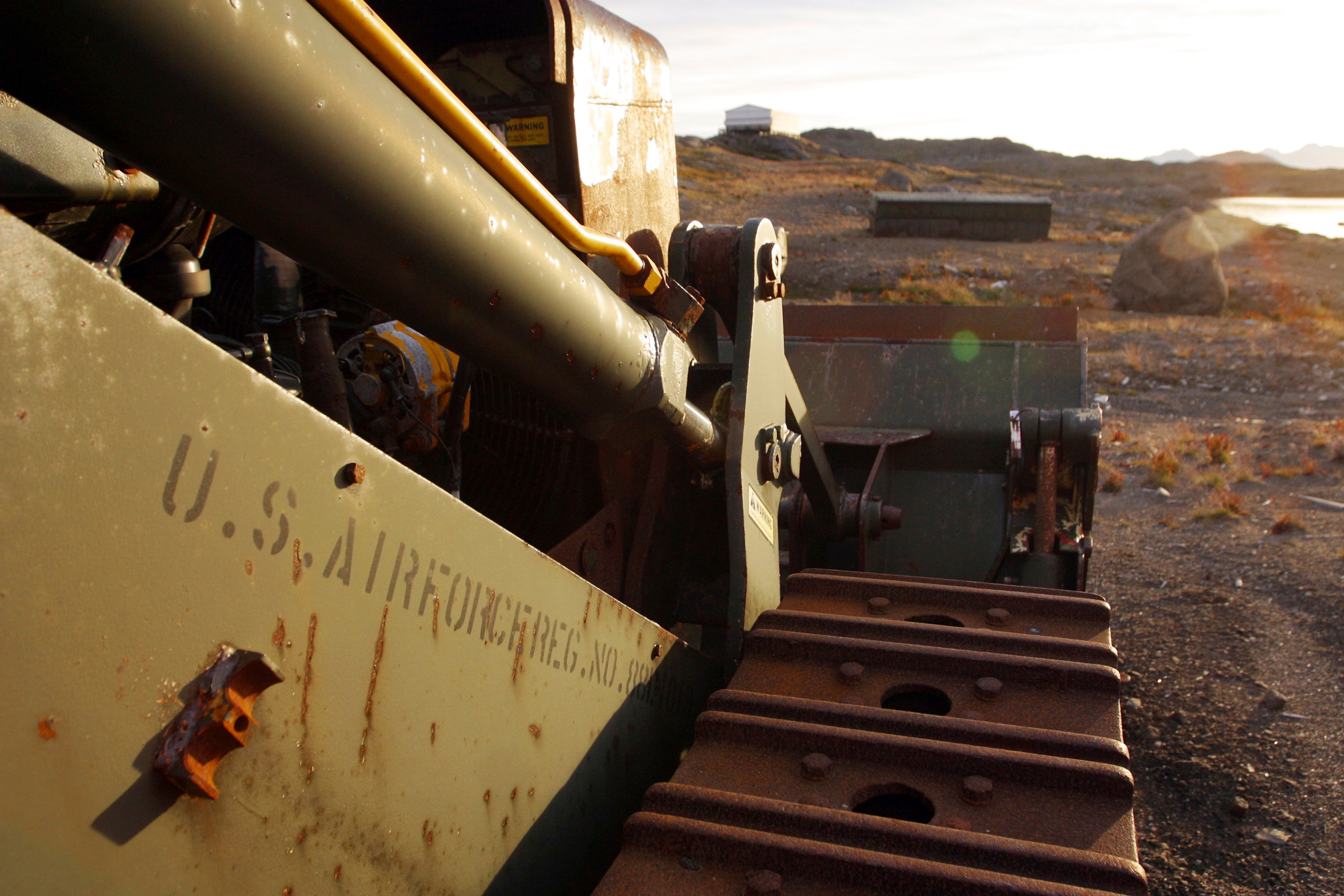 In this file photo dated Aug. 16, 2005, an abandoned US Air Force vehicle is seen on Aug. 16, 2005, outside the eastern Greenland settlement of Kulusuk where there used to be a U.S. Air Force base as part of an early warning radar system.
Photo Credit: John McConnico/AP

Camp Century was built in 1959-60 in northwestern Greenland, officially to test sub-ice construction techniques. The real plan was top secret: creating a hidden launch site for ballistic missiles that could reach the Soviet Union.

The project was abandoned in 1966 because the ice cap began to crush the camp. The U.S. removed a portable nuclear reactor that had supplied heat and electricity, but left an estimated 200,000 liters of diesel oil and sewage, according to an international study published in August.

Scientists are warning that as global warming melts the ice cap, the waste could surface and pollute the environment.

PCBs stands for polychlorinated biphenyls, a man-made chemical once widely used in paints, plastics and other products, but were banned after they were demonstrated to cause cancer and other ailments.

At a meeting on Nov. 17 in Nuuk, the Greenland capital, to discuss the issue, Jensen said Denmark's Environment Ministry was investigating the environmental risks.

"I hope it can be done as quickly as possible," he told a news conference, declining to give any specifics.

Jensen later told The Associated Press in an email that "it is still too early to say who will be involved in a possible cleanup."

In this file photo dated Aug. 16, 2005, a rusty container of lubricant oil for a U.S. military vehicle stands among abandoned U.S. military material on Aug. 16, 2005, outside the eastern Greenland settlement of Kulusuk where there used to be an U.S. Air Force base as part of an early warning radar system. Greenland is calling on Denmark to clean up an abandoned under-ice missile project and other U.S. military installations left to rust in the pristine landscape after the Cold War, because Greenland argues that Denmark is responsible for allowing the Camp Century development
The U.S. military was interested in Greenland during the Cold War due to its strategic location in the Arctic. Under the 1951 agreement, the U.S. also built four radar stations as part of an early warning system to detect incoming Soviet bombers.

The U.S. Air Force still uses the Thule Air Base, about 1,200 kilometers (745 miles) below the North Pole. Military airfields in Narsarsuaq, Kulusuk and Kangerlussuaq have become civilian airports.

Several other military installations have been abandoned, some in remote areas, in the hope they would be entombed forever in the thick ice cap that covers most of the vast island.

Local authorities have started clearing some of the sites, but don't have sufficient resources, said Rasmus Eisted of Danish engineering company Ramboll, which has been involved in some cleanup projects.

Eisted singled out a junkyard in Kangerlussuaq containing miscellaneous military equipment from the time it was a U.S. Air Force Base known as Sondrestrom. The continuing cleanup task was larger than first anticipated, he said.

Aleqa Hammond, a former Greenland premier who now represents the mostly Inuit population of the Arctic island in the Danish Parliament, said Greenland could bring Denmark before a U.N. panel on indigenous issues unless it deals with the junk.

"Denmark is responsible for cleaning up after the Americans," Hammond told AP. "I see a potential political crisis between Greenland and Denmark."