SARAJEVO, Bosnia-Herzegovina — NATO Secretary General Jens Stoltenberg says the alliance is closely following reports about growing Russian influence in the Balkans and is cooperating with regional allies to strengthen their ability to resist outside interference.

NATO chief said Thursday in Sarajevo that the alliance has seen "several reports about increased Russian influence" in the Balkans, in particular "about Russian intervention in the political process in Montenegro" last year. 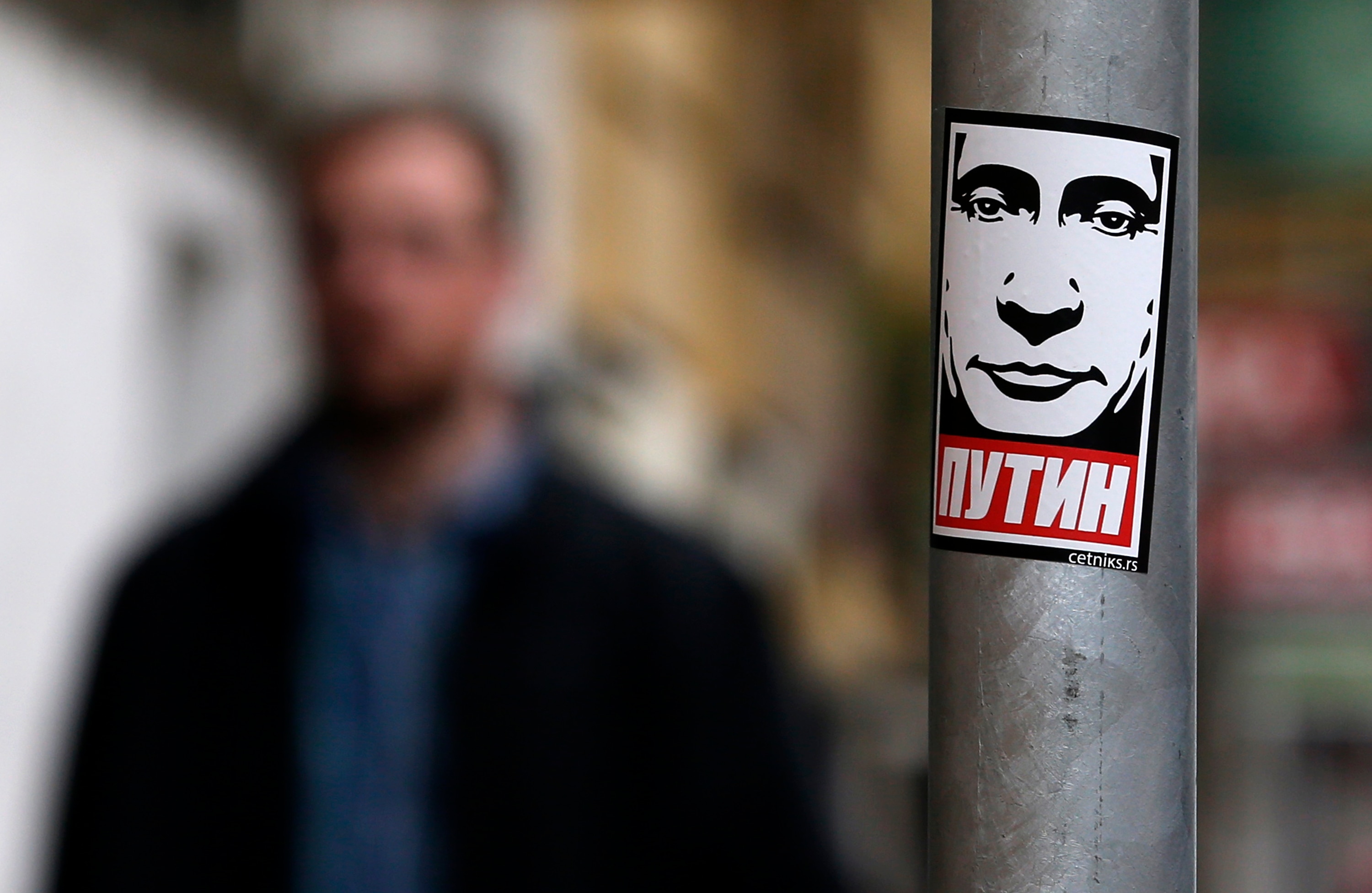 In this photo taken Monday, April 11, 2016, a man walks past a traffic sign with a sticker showing Russian President Vladimir Putin, in Belgrade, Serbia.
Photo Credit: Darko Vojinovic/AP
Montenegrin authorities say Russian nationalists were behind an allege coup attempt there that included plans to assassinate the pro-Western prime minister because of his government's bid to join NATO.

The Kremlin has denied involvement, but has actively supported local groups that oppose having Montenegro, a traditional Slavic ally, become the 29th member of NATO.

After pandemic deaths doubled over late summer and fall, the military hasn't had any in two weeks.

The Airborne Object Identification and Management Synchronization Group, nested in the office of the Under Secretary of Defense for Intelligence & Security, will now lead investigations into mysterious objects in the sky.

No Afghan family members of U.S. troops have been eligible to come to the U.S. Here’s why

Dozens of family members would like to leave Afghanistan, but there isn't a special emigration process for them.

Both House and Senate lawmakers earlier this year backed major changes in how serious crimes are prosecuted, but the proposal still faces hurdles to becoming law.

The Corps wants to match Marines' skills with jobs they actually want.

Ukrainian President Volodymyr Zelenskyy said he received information that a coup was being planned for next Wednesday or Thursday.