BELGRADE, Serbia — Serbia's prime minister pledged on Friday that the Balkan country will never join NATO or any other military alliance as Serbia marked the 18th anniversary of the start of NATO airstrikes that stopped its crackdown in Kosovo.

Aleksandar Vucic spoke at a ceremony near a railway bridge in southern Serbia where the Western military alliance's missiles struck a passenger train, killing at least 28 people and injuring dozens.

"We will never be part of the alliance which killed our children, nor of any other alliance," Vucic said. "They wanted to destroy and humiliate small Serbia and kill its children."

Anti-NATO sentiments run high in Serbia since the 78-day bombing in 1999 over a bloody crackdown by Serbian forces against Kosovo Albanian separatists. Serbian officials claim that more than 2,000 people were killed in the airstrikes while independent estimates put that figure at about 800, mostly soldiers and police. 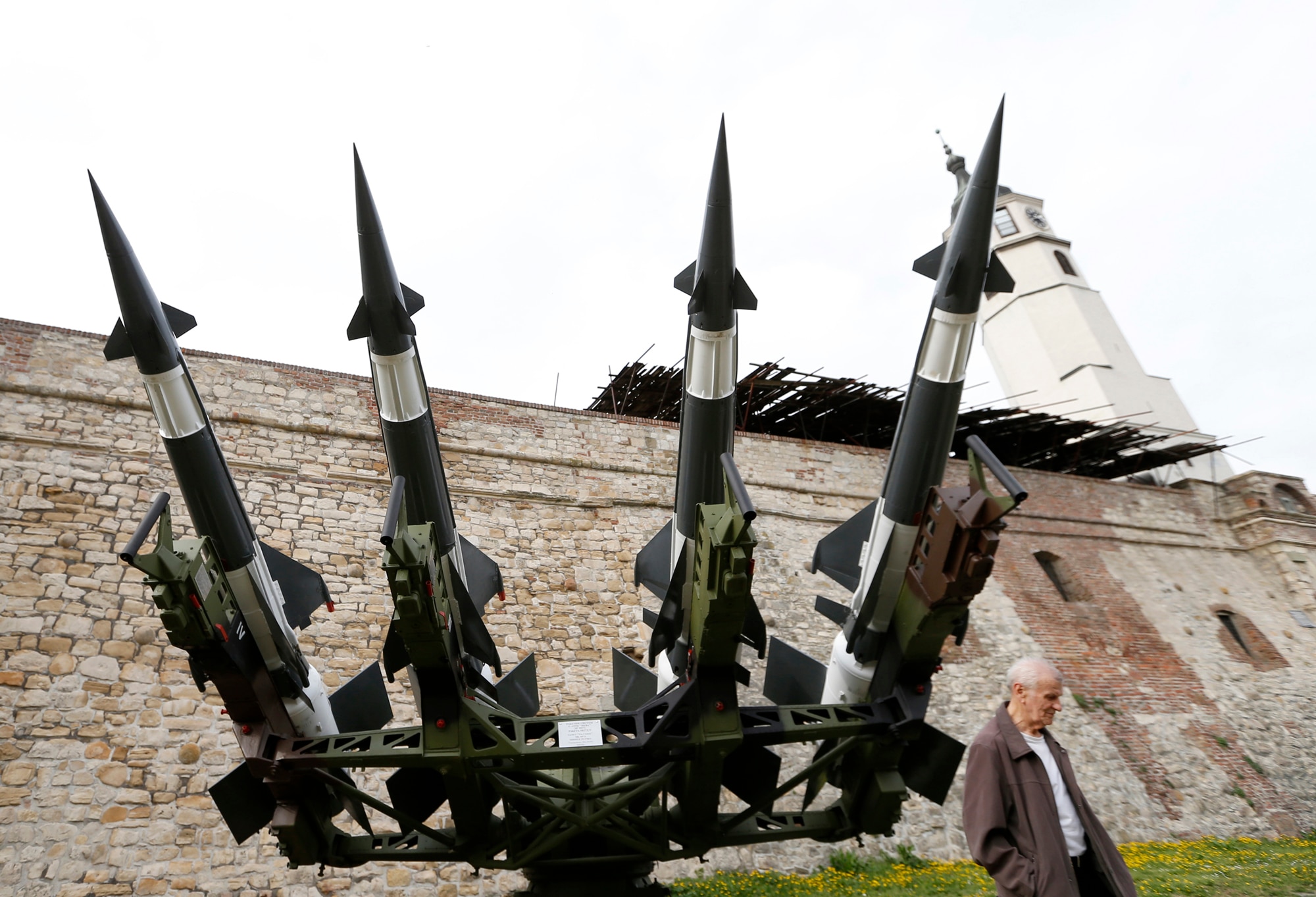 A man walks by the newly exhibited "Neva," Soviet made surface-to-air missile system, in Belgrade's military museum, Serbia, Thursday, March 23, 2017. Serbia marks the 18th anniversary of beginning of the NATO air-campaign in 1999, on March 24.
Photo Credit: Darko Vojinovic/AP
Some 10,000 people died and 1,660 are still missing from the 1998-1999 Kosovo war that ended with the NATO intervention and the withdrawal of Serbian troops from its former, majority ethnic Albanian-populated province. Kosovo declared independence from Serbia in 2008, which Serbia doesn't recognize.

Although it is a member of a NATO outreach program and is formally seeking EU membership, Serbia has lately been boosting its military cooperation with Russia, which has agreed to deliver fighter jets, tanks and anti-aircraft systems.

"There will never again be a repeat of an aggression against our country without a clear, strong and victorious response," said Vucic, who is campaigning for the April 2 presidential election.

As part of the bombing anniversary commemorations, a Russian-made anti-aircraft missile system of the type that shot down a U.S. Air Force F-117 Nighthawk stealth aircraft near Belgrade on March 27, 1999, was put on display at a military museum in Belgrade.

The American pilot was rescued and avoided capture after the crash.