BELGRADE, Serbia — Serbia is seeking a Russian air defense system in addition to fighter jets and battle tanks, Serbian officials say, in what could fuel tensions in the Balkans.

European Union officials have voiced alarm over increasing Russian influence in the western Balkans, which experienced a bloody civil war in the 1990s. Although Serbia claims it wants to be part of the EU, it has been strengthening military, economic and political ties with Slavic ally Russia.

But the planned purchase of the anti-aircraft system has been overshadowed in Serbia by reports from rival Croatia that Russia supplied Croatia with the same system during the 1990s war for independence from Serb-led Yugoslavia, a likely breach of a United Nations arms embargo in effect at the time.

Russia's Defense Ministry alleged Tuesday that the Croatian reports were aimed at undermining Moscow's relations with Serbia. The ministry said if Russian military hardware was given to Croatia during the war, it was done without government approval.

"According to our knowledge, dishonest Croatian moneymakers took advantage of this to supply Zagreb," the ministry said, referring to the Croatian capital. "Of course, the Russian Federation has never had anything to do with this." 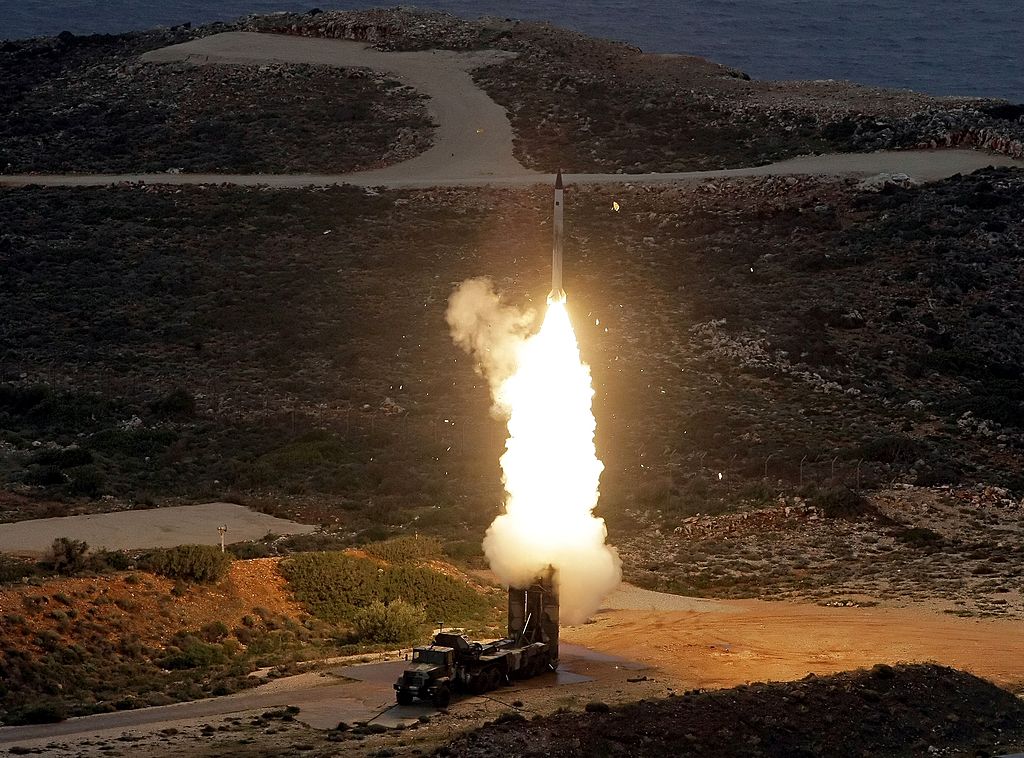 An S-300 PMU-1 anti-aircraft missile launches during a Greek army military exercise near Chania on the island of Crete on Dec. 13, 2013.
Photo Credit: Costas Metaxakis/AFP via Getty Images
As part of the new deal, Serbian officials have said that Putin agreed to approve the delivery of six MiG-29 fighter jets, 30 T-72 tanks and 30 BRDM-2 armored vehicles.

The S-300 system was first deployed by the Soviet Union in 1979, designed for the air defense of large industrial and administrative facilities, military bases and control of airspace against enemy strike aircraft.

Kremlin spokesman Dmitri Peskov said military and technical cooperation was "among the issues discussed at the highest level in Russian-Serbian contacts," according to the TASS news agency.

The ban was introduced in the late 1970s, just after the academy began admitting women.

No plans to send more troops to Ukraine, Biden says

But the U.S. president still insists Russia will face severe consequences if it invades Ukraine.

Air National Guardsmen who refused COVID-19 vaccination will be transferred to the Individual Ready Reserve, with no pay or benefits.

President Joe Biden’s nominee for vice-chairman of the Joint Chiefs pledged to continue his predecessor’s efforts to reform the beleaguered joint requirements process during his confirmation hearing.

Afghans wait and worry at US bases after frantic evacuation

The slow pace has become a defining characteristic of Operation Allies Welcome, the largest U.S. refugee resettlement effort in decades.

Couple accused in Navy submarine spy case wanted to leave US because of Trump, lawyer says

Prosecutors have until later this month to respond to the defense motion.

Integrating deterrence across the gray — making it more than words

The authors propose concepts to address a gap in discourse on "integrated deterrence" in the upcoming National Defense Strategy.

Both states are reporting surges in COVID-19 cases.

It was unclear how the car got into the Niagara River.

Remains of US soldier killed in Korean War identified

More than 7,500 Americans remain unaccounted for from the Korean War.

Want to avoid pregnancy on active duty? There’s an app for that

Three soldiers to be awarded Medals of Honor: report