1945: While the British 7th Black Watch crossed the Rhine in Europe, 1,500 U.S. Navy ships bombarded Okinawa, starting the largest operation of World War II in the Pacific.  Here is a short bio of Pacific submarine commander Eugene Flucky on HistoryNet.com. 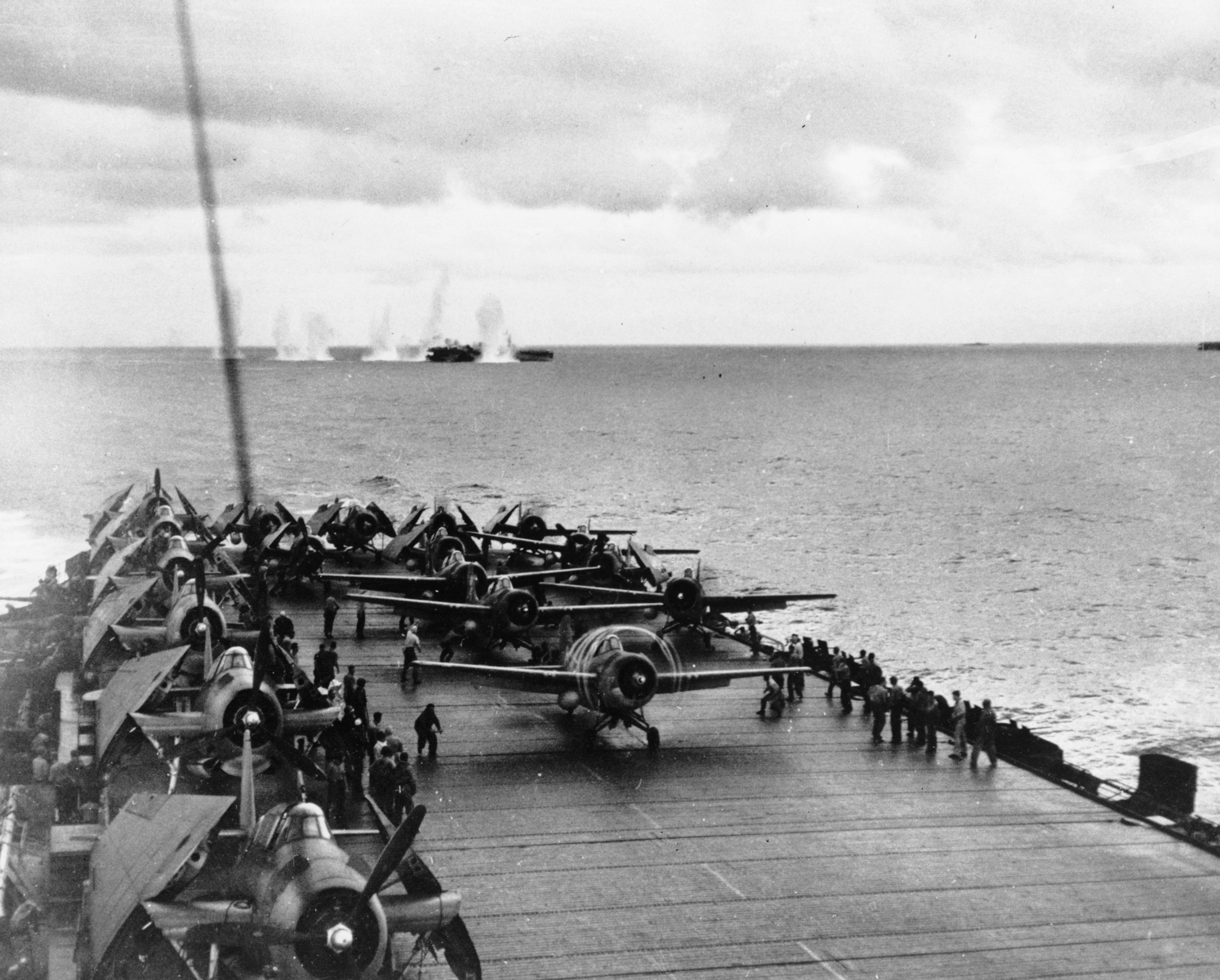 On May 16, 1945, a few months after the start of the naval bombardment of Okinawa, an unknown U.S. Navy carrier in the background is attacked by salvos from a Japanese warship, while the flight deck crew aboard the U.S. carrier in the foreground rushes to launch their fighter planes, during a battle off Okinawa island.
Photo Credit: AP
Also today in history, in the U.S. and elsewhere:

1775: Patrick Henry gave his "Give me liberty or give me death" speech.  Listen to Henry’s bio on HistoryNet.com.

1864: Union Brigadier General Frederick Steele lead a force out of Little Rock, Arkansas, and occupied Camden to start the Camden Expedition, an offensive designed to link up with Maj. Gen. Nathanael Banks’ advance along the Red River in Louisiana.

1915: The Zion Mule Corps was formed in the British Army.

"Life goes by very, very quickly," Medal of Honor recipient Robert Modrzejewski says, and you have to be ready to choose a different path than the one you thought you were supposed to be on. But no matter what you do, you should do it to be best of your ability.
Close
Now Playing

Preventing extremism, women in the draft, and UFOs! | Reporters Roundtable