68 years of NATO: 10 things you might not know about the North Atlantic Treaty Organization

On April 4, 1949, the United States was joined by Belgium, Canada, Denmark, France, Iceland, Italy, Luxembourg, the Netherlands, Norway, Portugal and the United Kingdom in signing the agreement. Since then, NATO members have remained committed to the collective defense principle — Article 5 of the treaty — that regards an attack on one member country as an attack on all member countries.

In recognition of the treaty’s anniversary, here are 10 things you might not know about NATO:

9. Separate, yet derived from the United Nations

While NATO is a separate international organization from the U.N., it derives its authority from Article 51 of the United Nations Charter. Article 51 of the charter reaffirms the rights of independent states to individually or collectively defend themselves.

8. NATO and the Warsaw Pact

Originally the Treaty of Friendship, Co-operation, and Mutual Assistance, the Warsaw Pact was created on May 14, 1955, in response to West Germany joining NATO, according to the U.S. State Department’s Office of the Historian. During the Cold War, nearly all of Europe was divided between NATO and the Warsaw Pact, with East Germany joining the Soviet Union for the pact. All former Warsaw Pact countries except for Russia — Albania, Bulgaria, the Czech Republic, Hungary, Romania and Slovakia — have since become NATO members, with East Germany reuniting with the rest of Germany in 1990. 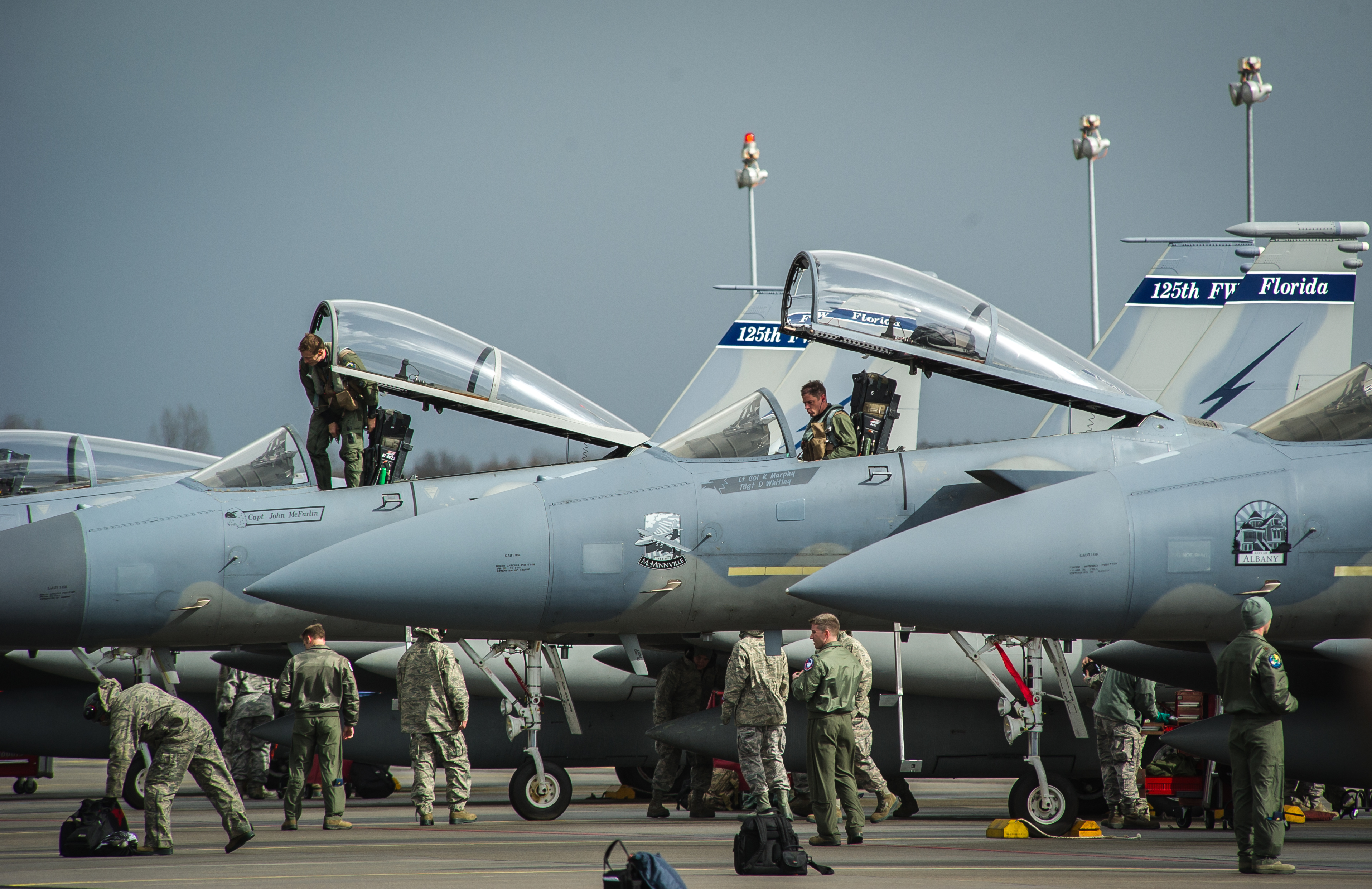 Pilots assigned to the 159th Expeditionary Fighter Squadron exit their F-15C Eagles after landing at Leeuwarden Air Base, Netherlands, April 1, 2015. The F-15s from the Florida and Oregon Air National Guard are deployed to Europe as the first ever ANG theater security package here. These F-15s will conduct training alongside our NATO allies to strengthen interoperability and to demonstrate U.S. commitment to the security and stability of Europe. (U.S. Air Force photo/ Staff Sgt. Ryan Crane)
Photo Credit: Staff Sgt. Ryan Crane/Air Force
NATO allies support member countries in Eastern Europe who do not have their own fighter jets by providing year-round 24/7 airspace defense for Albania, Estonia, Latvia, Lithuania and Slovenia.

NATO maintains a permanent, integrated command in which both military and civilian personnel from all member countries work collectively. This includes two strategic commands based in Belgium and the U.S., joint force commands in the Netherlands and Italy, air command in Germany, land command in Turkey and maritime command in the U.K.

5. The only invocation of Article 5

"The Parties agree that an armed attack against one or more of them in Europe or North America shall be considered an attack against them all," reads Article 5 of the North Atlantic Treaty.

If a NATO member or members invoke Article 5, all members will assist the attacked party, which includes the use of armed force. The only time that Article 5 has been invoked was in response to the Sept. 11, 2001, attacks in New York City and Washington. In addition to military assistance in Afghanistan, NATO allies assisted with Operation Eagle Assist and Operation Active Endeavour. Eagle Assist ran from October 2001 to May 2002, consisting of NATO E-3 AWACS assisting with airspace defense and security over the U.S. Active Endeavour involved maritime patrols in the Mediterranean, with the goal of preventing movement of weapons of mass destruction and terrorists.

4. New NATO members around the corner?

Four countries want to join NATO: Bosnia-Herzegovina, Georgia, Montenegro and the former Yugoslav Republic of Macedonia all aspire to join the treaty.

"Any European state which can contribute to the security and principles of the Alliance can be invited to join. It is up to the country concerned to decide if it wishes to seek membership," according to NATO. The allied members assess NATO applicants and require "a wide range of political, economic and security reforms" to be implemented before they can join. 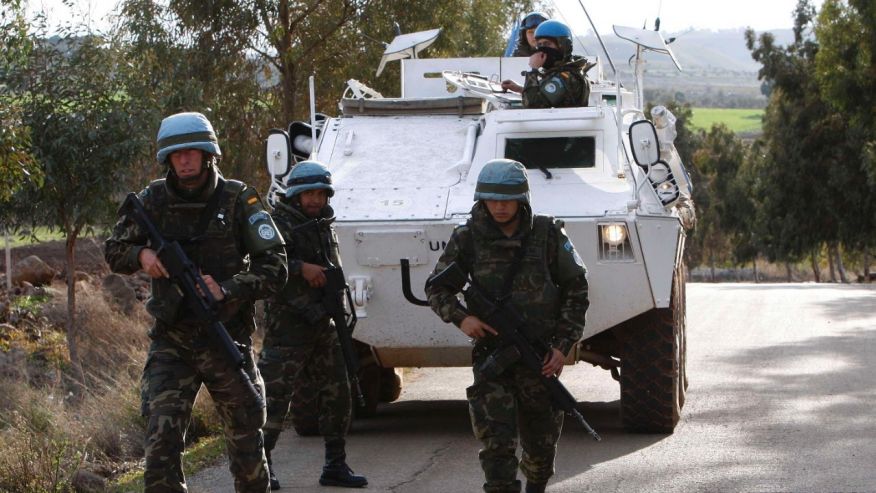 Spanish forces conducting a UN peacekeeping mission in Lebanon.
Photo Credit: Hussein Malla/AP
NATO maintains a relationship with many other nations and international organizations. The U.N., the European Union and the Organization for Security and Co-operation in Europe maintain strong relationships with NATO. Since 2005, the African Union has received support from NATO. Other initiatives such as the Istanbul Cooperation Initiative, the Mediterranean Dialogue and the European-Atlantic Partnership Council have fostered relationships with non-members in Europe, North Africa and the Middle East. Additionally, NATO maintains relationships with its Partners Across the Globe. These include Afghanistan, Australia, Iraq, Japan, Pakistan, South Korea, New Zealand and Mongolia. 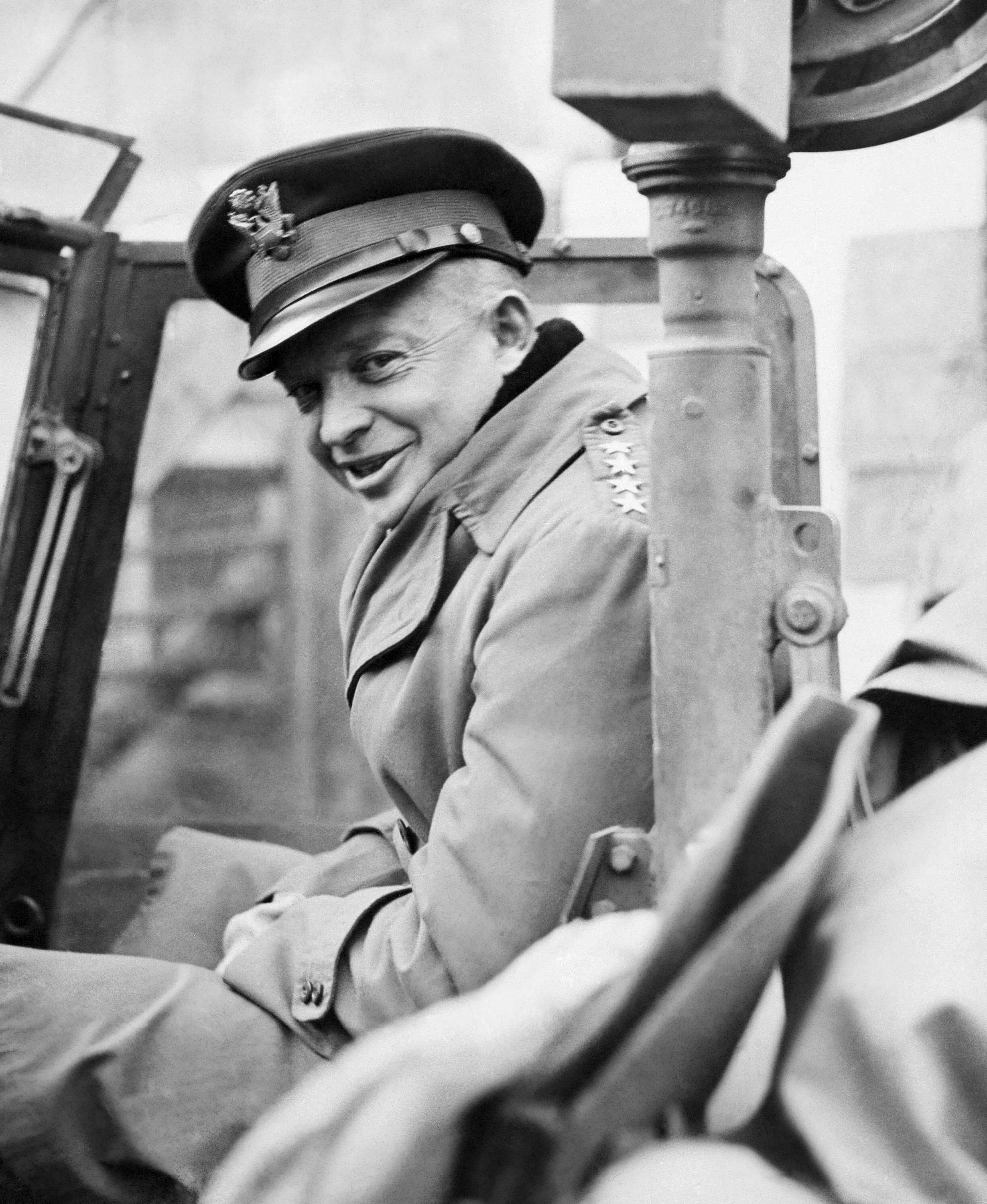 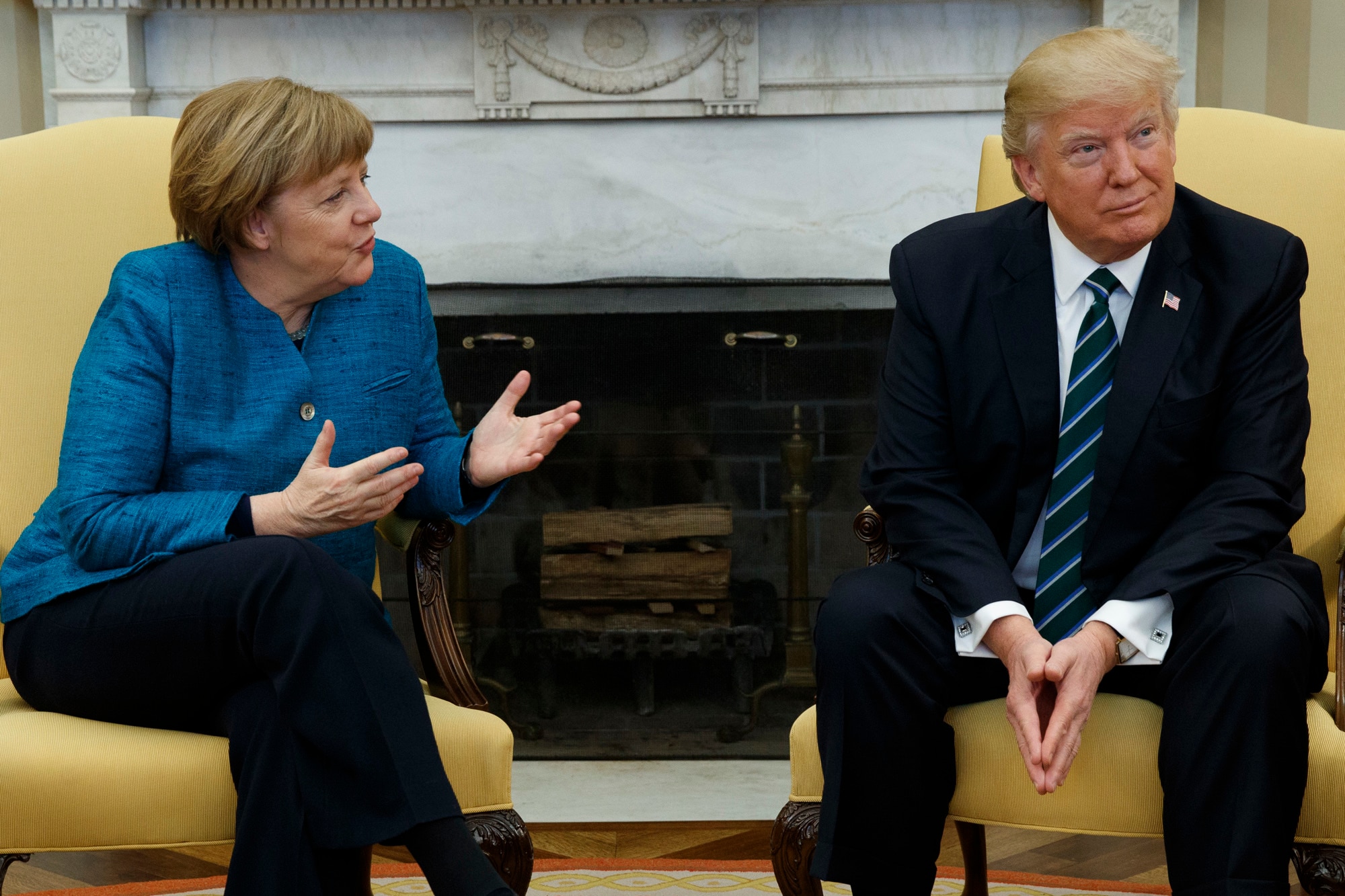 President Donald Trump meets with German Chancellor Angela Merkel in the Oval Office of the White House in Washington, Friday, March 17, 2017.
Photo Credit: Evan Vucci/AP
President Donald Trump has made headlines both during his campaign and once elected president, asserting his belief that NATO allies need to pay more. While Trump has been criticized for his words regarding the alliance, he is not the first president to highlight the need for NATO allies to pay more.

NATO allies are meant to spend two percent of their gross domestic product on defense. In 2016, only five of the allies — the U.S., the U.K., Greece, Estonia and Poland — were at or above the minimum spending target. The U.S. spent 3.61 percent of its GDP on defense in 2016. Canada, Slovenia, Spain, Belgium and Luxembourg all spent the least, respectively, with Luxembourg putting 0.44 percent of its GDP toward defense.

President Obama called on NATO allies to contribute their share as well, according to the Washington Post.

"[E]very NATO member should be contributing its full share — 2 percent of GDP — toward our common security, something that doesn’t always happen," said President Obama during a April 2016 speech in Germany. "And I’ll be honest, sometimes Europe has been complacent about its own defense."

Space Force vows ‘above and beyond’ cleanup of Maui spill

The U.S. government is working to provide aid to earthquake victims in the Middle East.

The dock landing ship Carter Hall is spearheading the Navy’s balloon debris recovery efforts and collecting remnants near where it collapsed.

Mustache March is around the corner.