The base locations that were disclosed are on the front lines of the U.S.-led effort to take down the Islamic State stronghold and de facto capital in Raqqa, Syria.

For the safety of U.S. forces overseas, Military Times is not publishing the base locations.

Ten bases, including two with air strips, were identified in a map by Anadolu Agency’s English website. The Turkish version includes some troop counts and a detailed map of the U.S. armed forces' presence, reports Bloomberg. 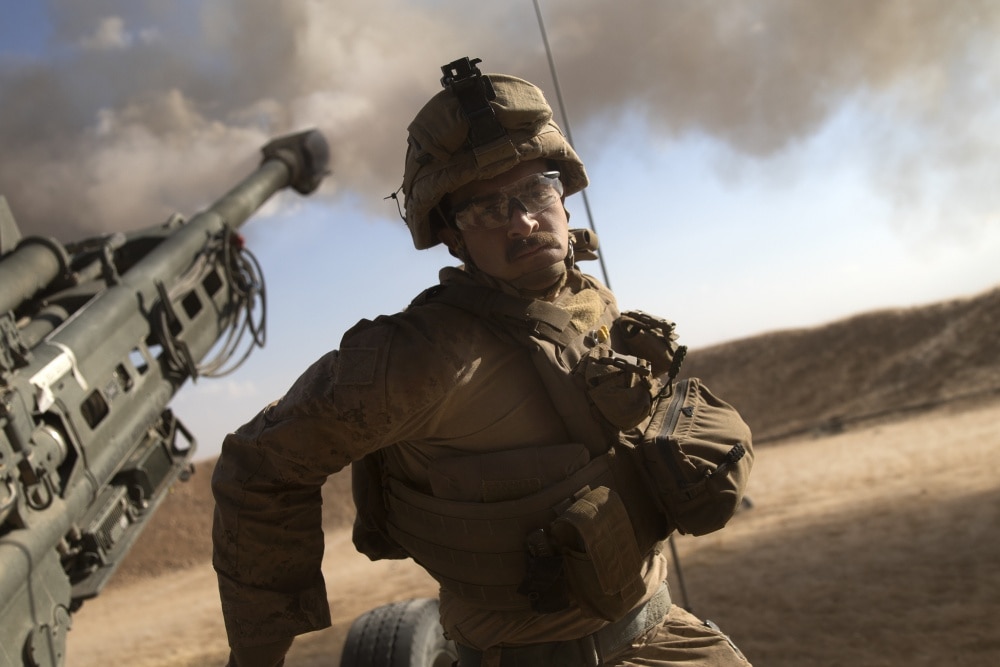 A U.S. Marine fires an M777-A2 Howitzer at an undisclosed location in Syria, June 1, 2017.
Photo Credit: U.S. Marine Corps photo/Sgt. Matthew Callahan
In addition to the potential threat to U.S. forces posed by disclosing the base locations, the Anadolu Agency also identified locations with French special forces, according to The Daily Beast.

The locations of the two air bases in Kurdish-controlled Syria had been reported on as far back as March, 2016. But the other locations show that the U.S. operation in the region may be larger than previously thought.

Amid growing tensions between the U.S. and Turkey, the map shows U.S. positions in Kurdish controlled areas of northern Syria. Turkish President Recep Tayyip Erdoğan has largely opposed the Trump administration’s decision back in early May to arm the Kurdish militant group.

Turkey views the YPG as an affiliate of the Kurdistan Workers Party, or PKK, a Turkish separatist movement that has been labeled as a terrorist organization by several nations including Turkey, the U.S. and the European Union.

The Pentagon told Military Times that it is aware of the published base locations and has expressed its concerns to the Turkish government.

"For operational security reasons, we do not disclose the locations of coalition forces operating in Syria to defeat ISIS," wrote Department of Defense spokesman Eric Pahon in an email to Military Times. "The release of sensitive military information exposes coalition forces to unnecessary risk and has the potential to disrupt ongoing operations to defeat ISIS."

The Pentagon could not comment on how the Anadolu Agency got the information it published.

"While we cannot independently verify the sources that contributed to this story, we would be very concerned if officials from a NATO ally would purposefully endanger our forces by releasing sensitive information," wrote Pahon.

Anadolu Agency reporter Levent Tok says the troop locations weren’t leaked by the Turkish government, according to Bloomberg, but that the locations were gathered by Anadolu’s reporters in Syria, as well as from social media posts by Kurdish fighters.

"The U.S. should have thought about this before it cooperated with a terrorist organization," Tok told Bloomberg.

But Aaron Stein of the Atlantic Council told Bloomberg that the locations were most likely leaked to the Anadolu Agency in retaliation for U.S. cooperation with the YPG.

The map also indicates that there has been a buildup of U.S. forces between the YPG and the Turkish-backed Free Syrian Army, or FSA.

In April, Turkish warplanes struck YPG and Iraqi Peshmerga positions, and in May, FSA forces mortared positions near the Syrian city of Manbij where U.S. forces are located.

These attacks have threatened to undermine the U.S.-backed campaign in Raqqa, where Kurdish militants are in their second month of operations to liberate the de facto ISIS capital.

Sailors, Marines reporting sexual assault will not be punished for related ‘minor misconduct’

Collateral misconduct by the victim is one of the most significant barriers to reporting a sexual assault, said Andrea Goldstein, the Navy Department’s assistant director for force resiliency.

Get ready for changes to how carrier sailors can use their phones and tablets onboard.

Tens of thousands of Guard and Reserve soldiers face potential discharges as the Army deals with a tough year for recruiting.

"It was clear from the onset and confirmed throughout our visit that volunteers played a critical role in the defense of Kyiv, yet their role has not been systematically studied."

Can you hear me now? Guard advances 'bring your own device' comms strategy

The Marine Corps is looking to its Reserve for new support