Gen. Dave Goldfein, Air Force chief of staff, told reporters late Monday morning that he could confirm the downed aircraft was a a Bombardier E-11A aircraft.

“Yeah, that I can confirm," he said. “That was what I [was] told coming over. It was an E-11. … We have to make sure we have the facts right and as soon as we get those facts I promise we’ll get them to you.”

Asked it hostile fire might have brought the plane down Goldfein said, “We don’t know.”

Later, Col. Sonny Leggett, a spokesman for U.S. Forces–Afghanistan, also confirmed that a "U.S. Bombardier E-11A crashed today in Ghazni province, Afghanistan. While the cause of crash is under investigation, there are no indications the crash was caused by enemy fire. We will provide additional information as it becomes available. "

“We don’t know the status of the crew,” Goldfein said. "Our A3 director of operations and the AFCENT commander, Gen [Joseph] Guastella, are working with Gen. [Austin] Miller to make sure we know what’s happening and deal with it. I probably know as much as you do at this point.”

A U.S. Bombardier E-11A crashed today in Ghazni province, Afghanistan. While the cause of crash is under investigation, there are no indications the crash was caused by enemy fire. We will provide additional information as it becomes available.

There are four Air Force E-11As, which carry the Battlefield Airborne Communications Node, in Afghanistan. They are assigned to the 430th Expeditionary Electronic Combat Squadron — a geographically separated unit of the 455th Air Expeditionary Wing headquartered at Bagram Airfield — and operate solely out of Kandahar Airfield.

BACN is a communications relay that is hosted either on the Bombardier E-11A or the EQ-4B Global Hawk. It’s used by the Air Force as a bridge or translator for different assets in the air, ground and surface that can’t normally communicate with each other because they’re using different waveforms or can only communicate within line of sight.

Due to Afghanistan’s mountainous terrain and lack of existing communication infrastructure, there are serious communication challenges. 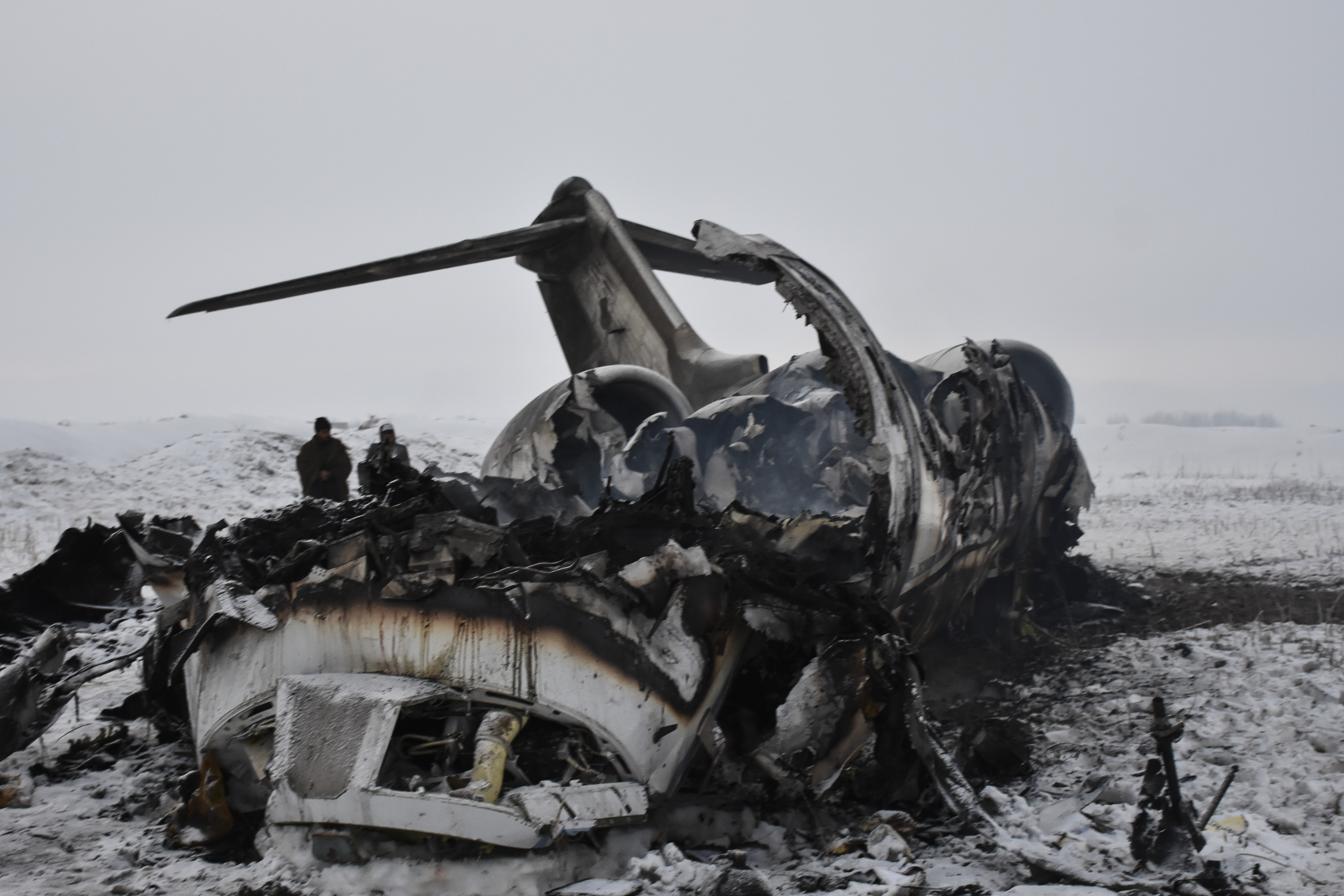 Wreckage of a U.S. military aircraft that crashed in Ghazni province, Afghanistan, is seen Monday, Jan. 27, 2020. (Saifullah Maftoon/AP)
2 of 5 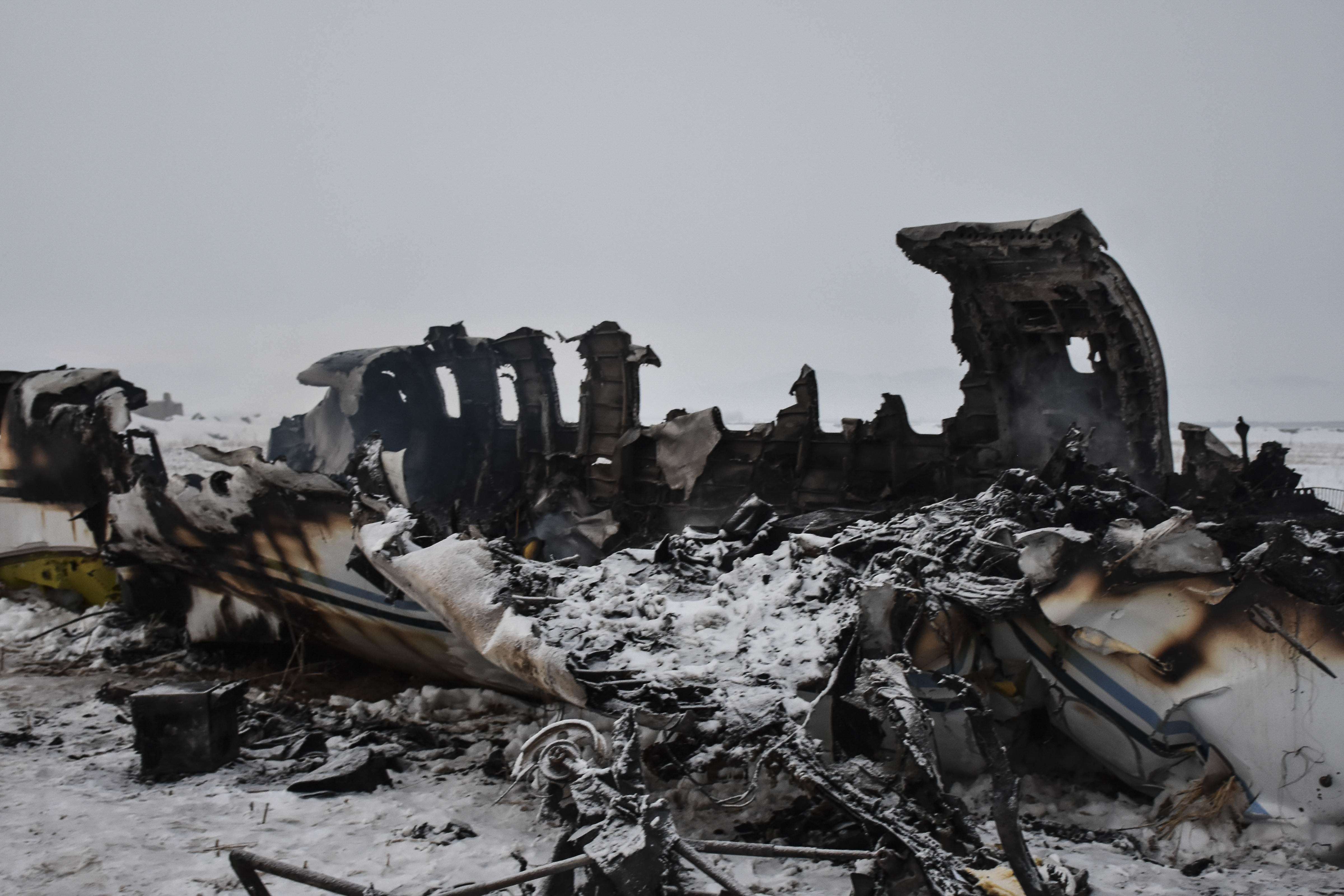 Wreckage of a U.S. military aircraft that crashed in Ghazni province, Afghanistan, is seen Monday, Jan. 27, 2020. (Saifullah Maftoon/AP)
3 of 5 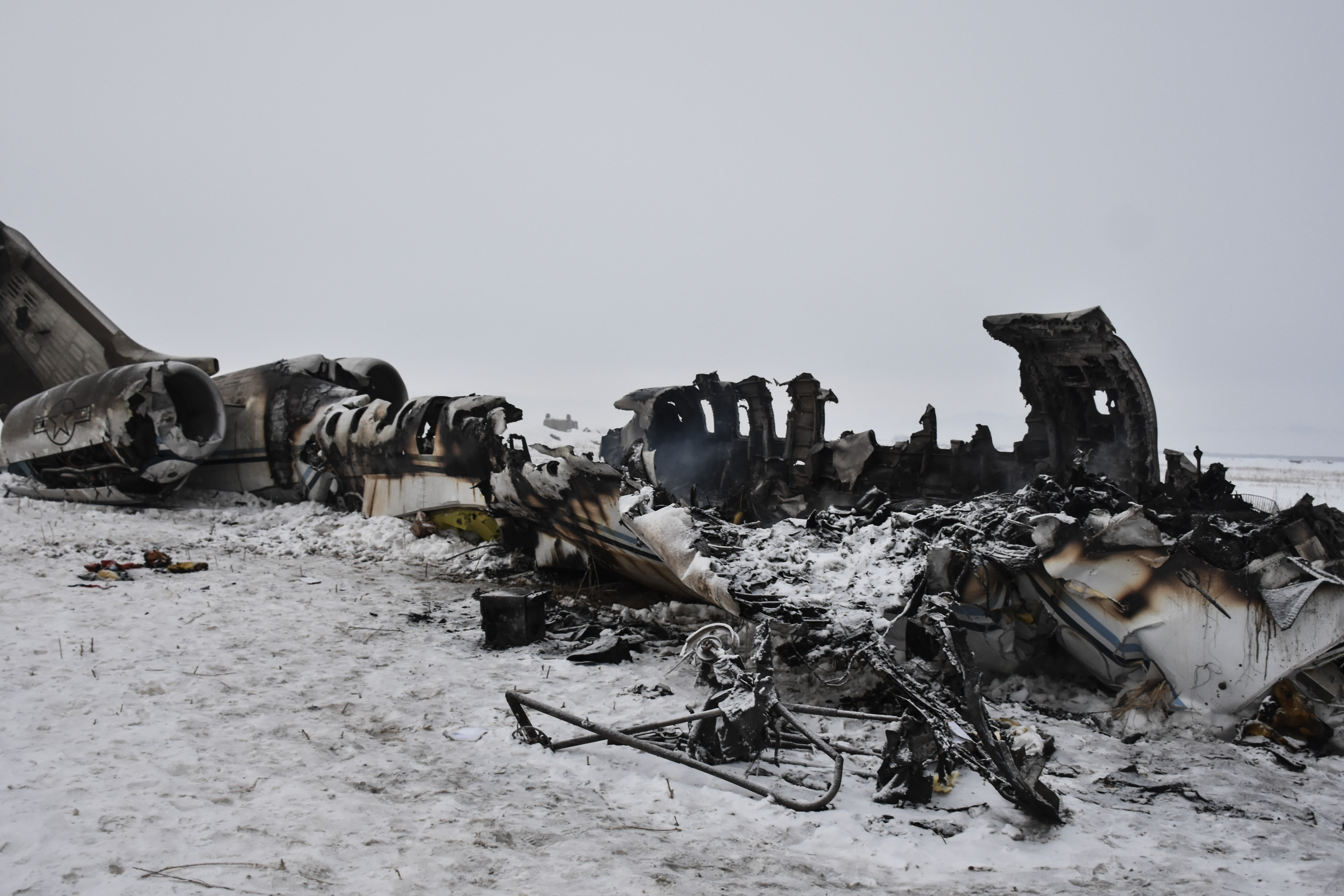 Wreckage of a U.S. military aircraft that crashed in Ghazni province, Afghanistan, is seen Monday, Jan. 27, 2020. (Saifullah Maftoon/AP)
4 of 5 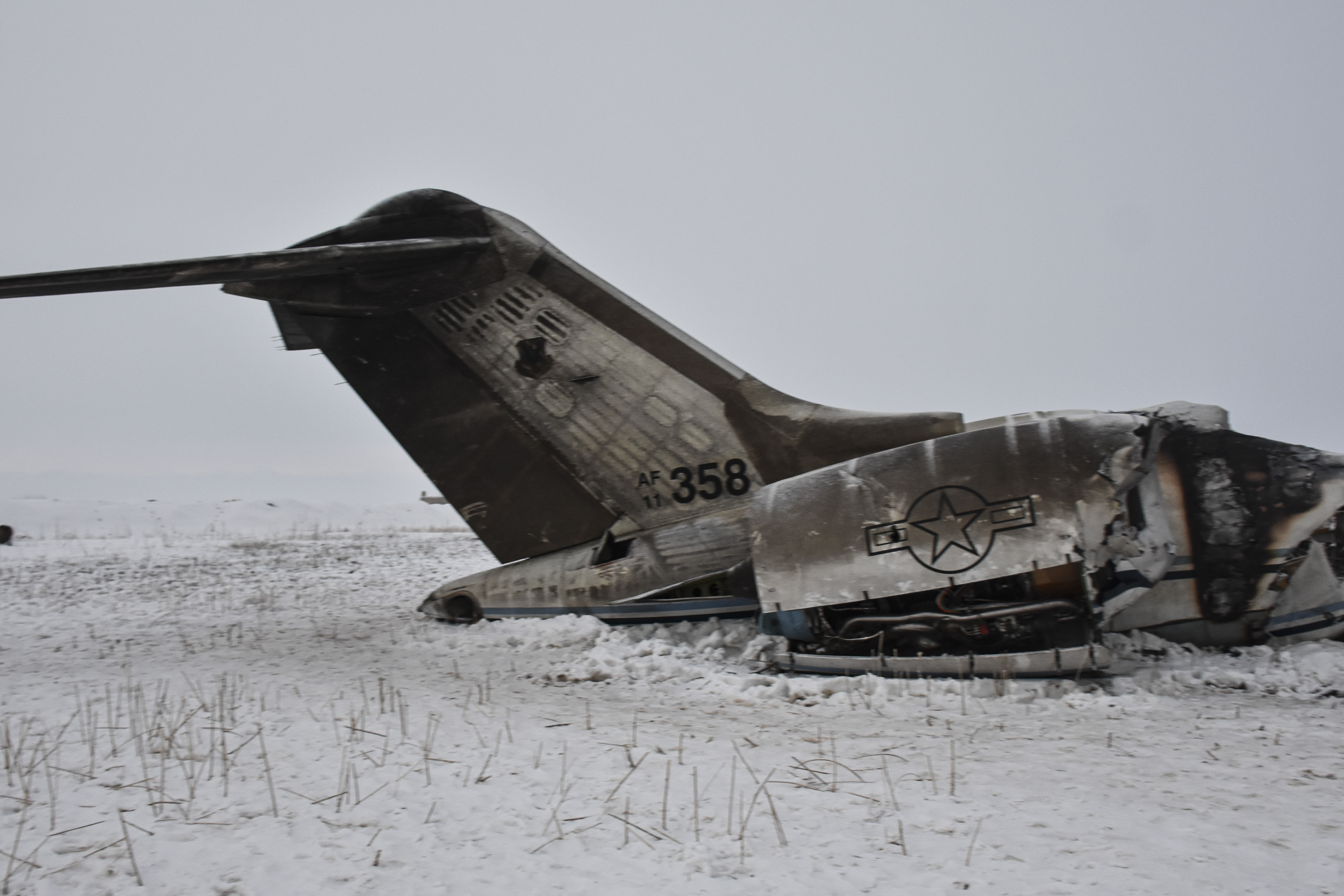 Wreckage of a U.S. military aircraft that crashed in Ghazni province, Afghanistan, is seen Monday, Jan. 27, 2020. (Saifullah Maftoon/AP)
5 of 5 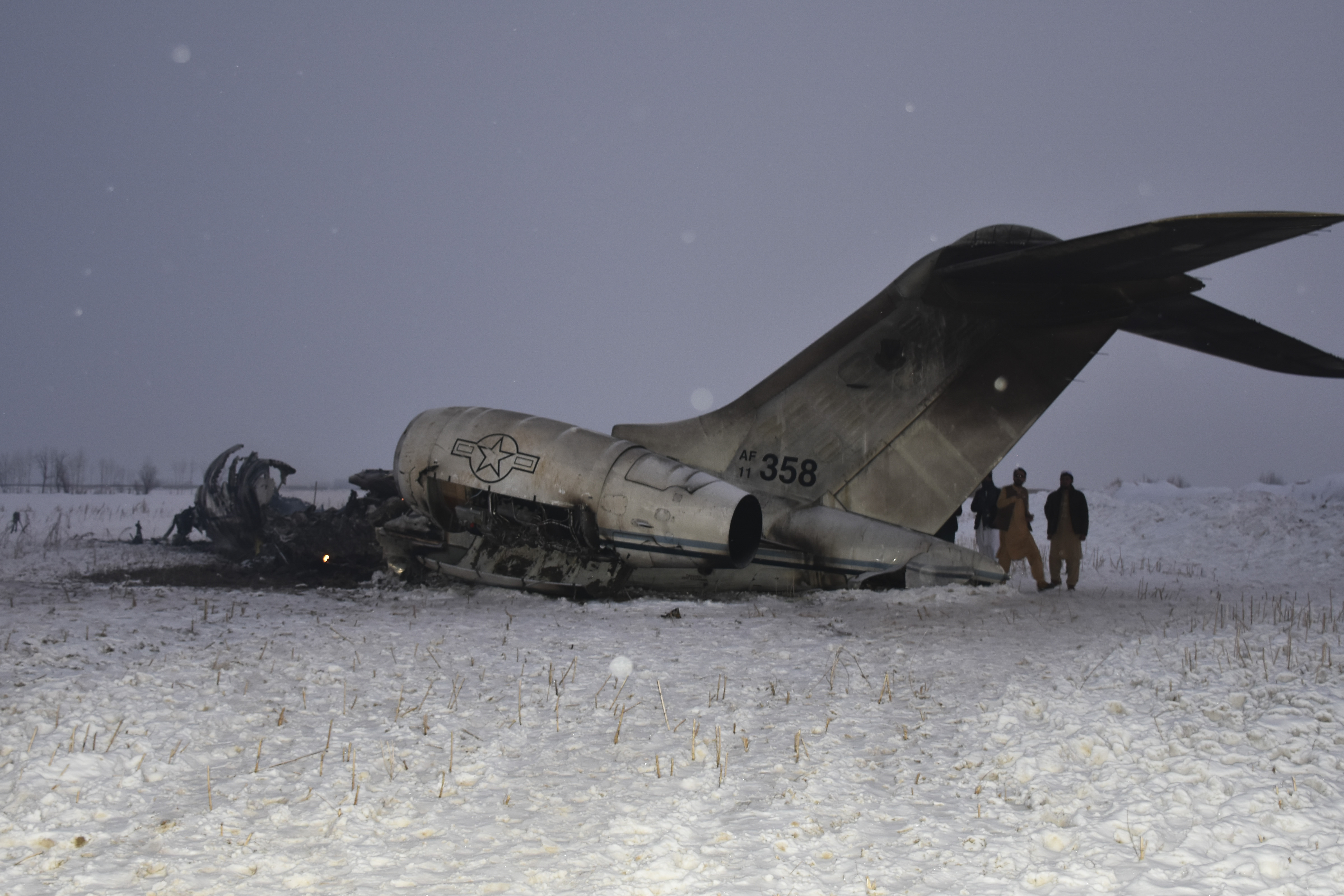 The BACN works to ensure a consistent and effective form of communication in nearly any location or environment, significantly reducing the possibility of communication failure and increasing the rate of mission success. The payload, or package of sensors carried on the E-11A, allows command and control to get in contact with the troops on the ground, and vice versa, to enable mission accomplishment, Breth said.

A defense official, speaking anonymously because he was not authorized to comment, told Military Times that bad weather in the area is making it difficult to investigate. The weather is keeping ISR assets and search and rescue crews grounded at the moment.

U.S. Army Maj. Beth Riordan, a spokeswoman for U.S. Central Command, told Military Times that “U.S. Central Command is aware of the reports of a U.S. aircraft crash in Afghanistan. We are currently monitoring the situation and will provide additional information when possible.”

However, pictures on social media, purportedly from the crash site, showed the remains of a Bombardier E-11A aircraft.

Staff writers Stephen Losey and Valerie Insinna contributed to this report. This is a developing story. Please stay with MilitaryTimes.com for updates.