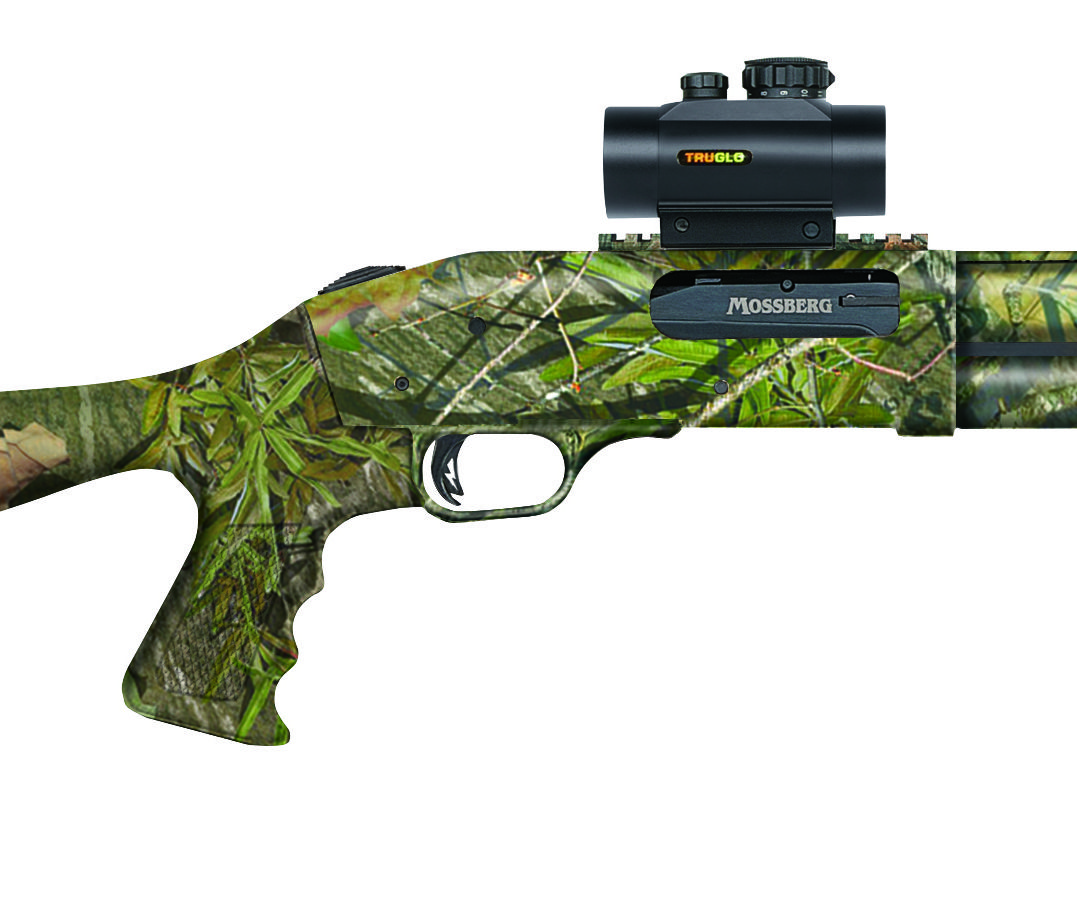 Turkey hunters are notorious for racking up loads of gear designed to make them stealthier, more comfortable and more productive in the woods. This past season saw us try out a number of new products, including one a custom-made, one-sided box call that sounds like perfection and looks like art.

Here are a few products to consider as you look toward the next season's hunting adventures:

Mossberg Model 535 ATS-Turkey LPA Trigger with Red Dot Combo. This tactical-styled variation of the Model 535 ATS pump-action shotgun weighs 7 pounds but actually feels lighter thanks to the balance and ease of carrying and maneuvering. The 20-inch, vent-rib barrel comes with an extra-tight-patterning X-Factor turkey choke.

I liked being the Tru-Glo red-dot optic. Sometimes turkeys don’t present the most perfect shot angles. Any barrel movements adjustments can result in that bird seeing you. Being able to shoot with sometimes slightly less than perfect form, while ensuring the red dot is on the gobbler’s wattles, offers an extra measure of confidence. The red-dot optic can be removed and the adjustable fiber-optic sights used if desired. The fast-cycling pump allows rapid follow-up shots.

The gun has an easily adjusted trigger and takes shotshells up to 3.5 inches long. It comes completely camouflaged in Mossy Oak Obsession, a leading candidate for the best pattern when it comes to hunting the lush green environments of mid-turkey season in the eastern United States. The optic comes in black or, in the case of the gun I used, a camo version. MSRP is $725, but it can sometimes be found online for $500 or less. www.mossberg.com

Zink Avian-X. I sometimes used a three-decoy setup, employing an Avian-X Quarter Strut Jake with a new Laydown Hen. I'd occasionally add an older, upright hen decoy to the mix.

The decoys are inflatable and collapsible and come with a carrying bag. The jake (about $85) includes a 20-inch stake.

Visibility is key for the Laydown Hen (about $75). It needs to be positioned in an area where approaching gobblers can clearly see this breeding-receptive hen and nonthreatening juvenile jake bird. Available in stores. www.avian-x.com

Terefencko Turkey Calls. For two seasons now, my go-to box call is a custom one-sider made by Ed Terefencko of Pottsville, Pennsylvania. Terefencko is becoming a bit of a legend in the box call business, having won the National Wild Turkey Federation's 2010 Grand National Champion Callmaker of the Year for his box calls, and back-to-back 2014-2015 Champion of Champions titles. His one-sided calls are compact (just under 7 inches with a 9-inch paddle), fit nicely in a vest, are easy to run and, most importantly, sound great. You can create soft notes or rattle the woods with aggressive, realistic cuts and yelps. My model is crafted with South American yellowheart and Honduran mahogany wood, although different wood selections are available. He sells them for $175, pricier than a store-bought, mass-produced call. Quality counts. www.terefenckoturkeycalls.com

Shots at close range are often missed because the pattern is so tight with extra-full chokes and conventional shotshell loads. 3rd Degree, though, remedies that with a matrix load consisting of up of 20 percent No. 6 Flitestopper pellets, 40 percent copper-plated No. 5 lead, and 40 percent No. 7 Heavyweight tungsten-iron pellets. The pellets leave the muzzle at 1,250 feet per second, meaning the No. 7 pellets retain enough energy for kills out to 50 yards. Prices vary from $14 to $21 per box, depending whether it's a 20- or 12-gauge and shell length. www.federalpremium.com

Javelin missile: Made by the US, wielded by Ukraine, feared by Russia

The American-made FGM-148 Javelin has been making mincemeat of T-72s and T-90s in Ukraine, according to reports.

The Neptune anti-ship missile: The weapon that may have sunk the Russian flagship Moskva

The sinking of the Moskva is arguably Russia's lowest point in its invasion of Ukraine — so far. Here's the weapon that may have killed it.

Though it has its roots in fighting Soviets in World War II, the Panzerfaust 3 antitank rocket is now being used against the Russians again — in Ukraine.

The rifle will replace both the Mk13 Mod 7 and the M40A6 sniper rifles.

The fielding follows an earlier effort aimed at artillery and reconnaissance Marines.

No injuries were reported in the incident.

Expeditionary sea base Miguel Keith, mine countermeasures ship Chief, and littoral combat ship Charleston conducted the mine warfare training together — the first time they have done so in U.S. 7th Fleet.

Five months after this USS George Washington junior sailor’s death, his loved ones wait for answers