The three Easter sisters, like many young people with a family history of military service, each decided to answer their nation’s call. Saturday, sibling rivalry and service rivalry will intersect when the youngest sister, Madeleine, joins fellow Army cadets in the stands opposite middle sister Adrienne and her fellow midshipmen.

Older sister Corinne, who graduated from the Air Force Academy in 2015 and now pilots MQ-9 Reapers, can only watch as her siblings’ schools fight for the Commander-in-Chief’s Trophy.

The Easters have a family tree full of veterans, but unlike some military families, the girls’ parents rarely promoted their relatives’ legacies, and certainly never pushed their daughters in that direction.

“Our parents never pressured us,” Corinne Easter said, adding that her father “wanted us to make sure that it was a personal decision of our own.”

Luke Easter flew F-4 Phantoms and F-15 Strike Eagles in the Air Force over the course of two tours in the Middle East, but he never imagined any of his daughters would follow in his footsteps. After all, he had left the military and began flying for Southwest Airlines well before his first daughter was born.

“We only had the first child when Luke separated from the Air Force. None of the girls were raised anywhere near a military base,” said Stacey Easter, the girls’ mother. “That’s sort of interesting. It’s kind of in their blood.”

And maybe there’s something to that: the Easter family has a military tradition going back more than 100 years. The three sisters are the fourth generation of an unbroken line of military service on both parents’ sides. 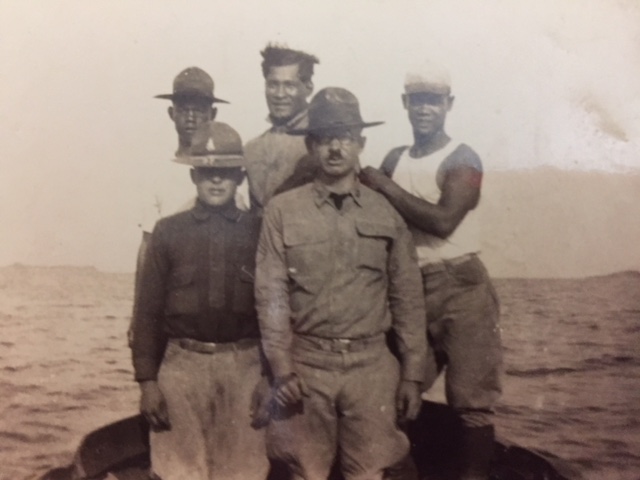 William Pelfrey Sr. (great-grandfather to the Easter sisters), served in the Army as an infantryman in the Philippines in the early 1930s. (Easter family photo)
2 of 6 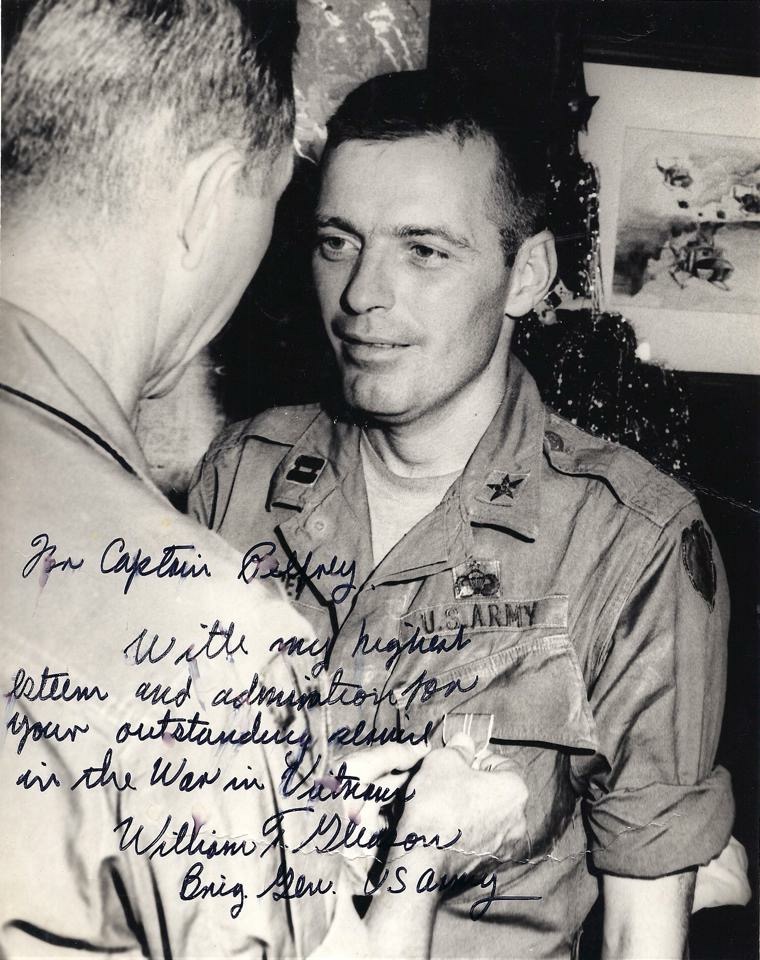 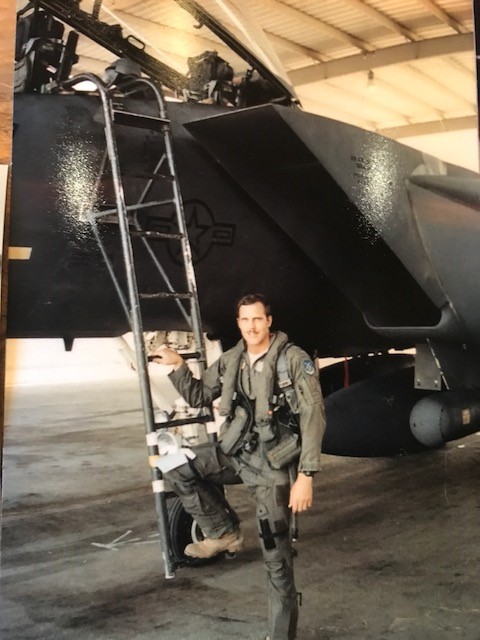 Luke Easter, who whose daughters are an Air Force Academy graduate and students at Annapolis and West Point, poses during his time piloting the F-15 Strike Eagle. (Easter family photo)
4 of 6 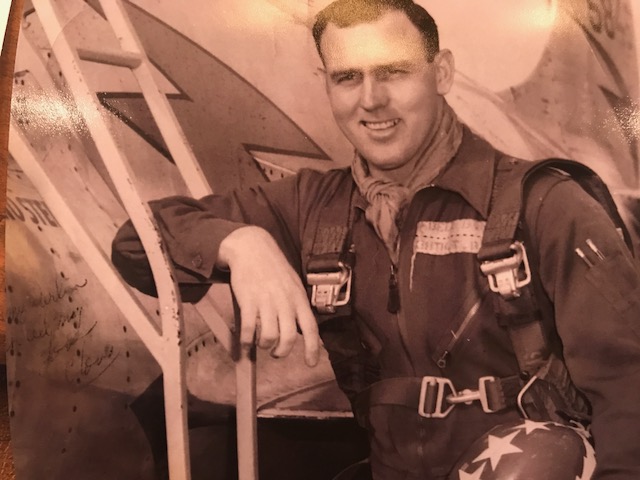 Clovis Easter during his service in the Air Force. (Easter family photo)
5 of 6 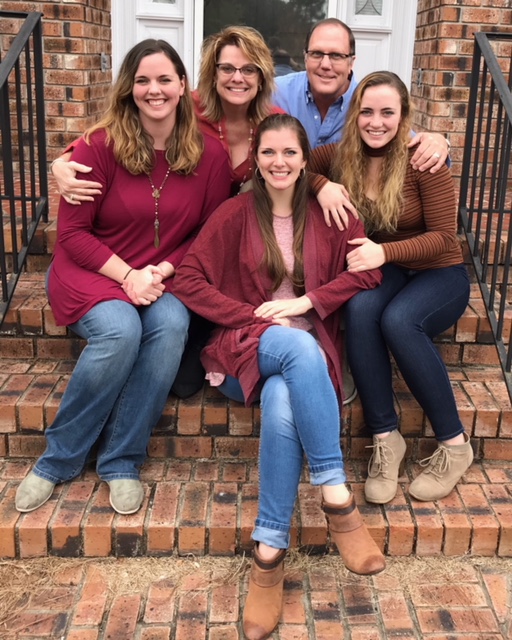 Stacey and Luke Easter pose with their three daughters for a family photo on Thanksgiving Day, 2017. (Easter family photo)
6 of 6 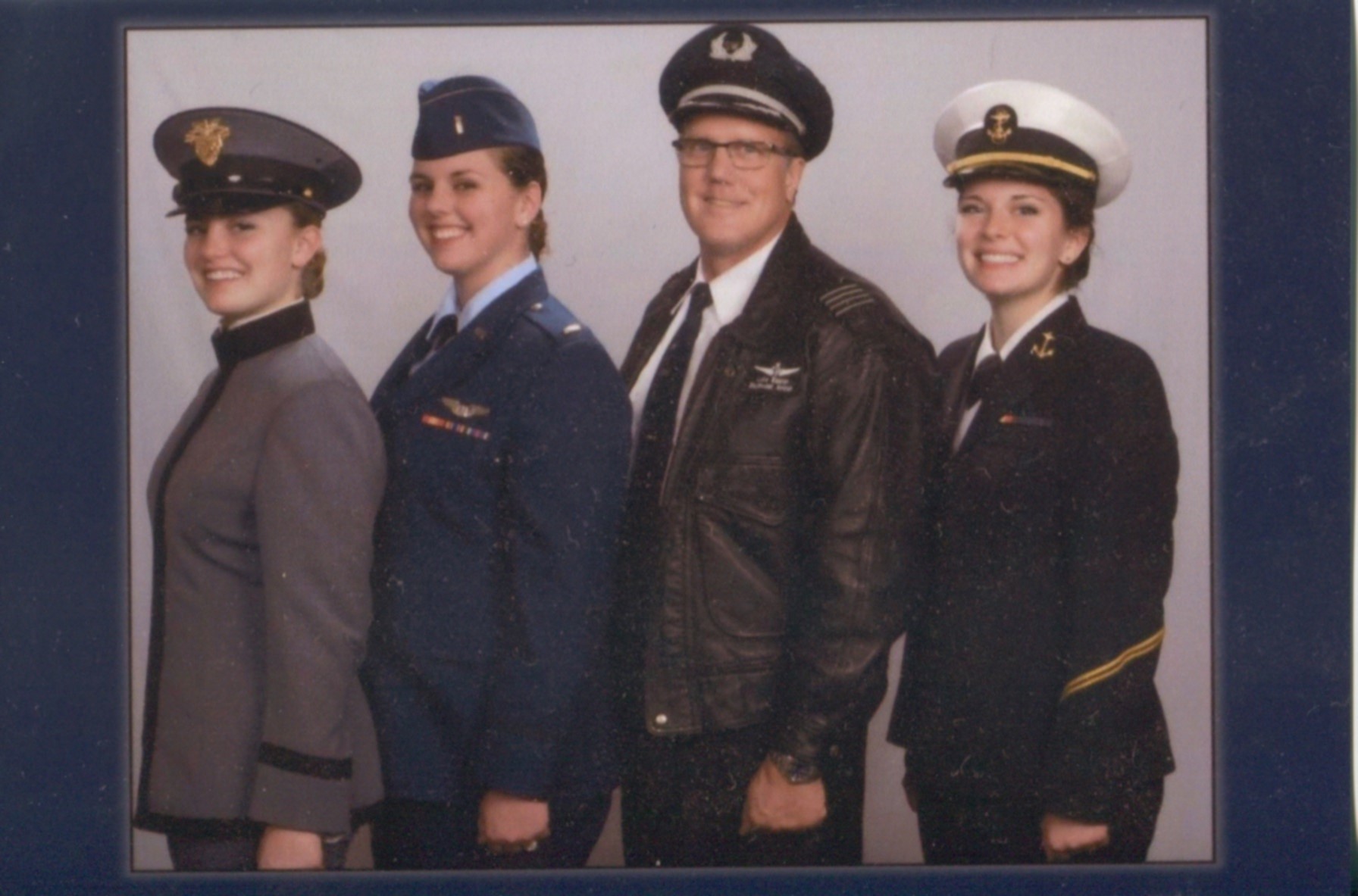 Madeleine, Corinne, Adrienne and their father Luke Easter pose for a family photo in their dress uniforms. (Easter family photo)

Many families boast generations of service members. However, few have a trio of sisters who each gained admission to a different service academy, which maintain acceptance rates ranging from 10 percent to 18 percent a year.

The sisters were always aware of what it took to earn a spot at these prestigious pipelines to military leadership, and they prepared accordingly.

All three sisters received Gold Awards through the Girl Scouts, played a slew of high school sports, were members of the National Honor Society, and were in early contact with admissions officers to ensure they were on track in the science and math disciplines that the academies preference.

During the admissions process “we took the SATs multiple times just to make sure we had the best scores possible. ... I think I took it five times,” Corinne said.

“We were in every club we could get our hands on,” said Adrienne, the middle sister and a senior at the Naval Academy. “We were also the first members of a Marine Corps JROTC unit at our high school. ... We did it for a couple of years just to make sure we knew we wanted to be in the military.”

Another way the sisters tested the waters of military service was by attending summer seminars at the academies.

After attending both the Air Force Academy and Naval Academy summer seminars, Adrienne knew she wanted to “Go Navy,” and eventually be a naval aviator.

Last week, that goal became a reality after she found out she had been offered an aviator slot after graduation.

“I want to fly jets one day, like my father and grandfather,” she added.

“I’ve been trying to go abroad as many times as West Point will allow me,” she said. “I’ve been really fortunate with that, and I’ve been able to go to Europe twice in a year through different academic excursions. I really want to become a Foreign Area Officer in the long-term.”

Although the sisters each attended different academies, the summer before freshman year serves as a unique experience that bonds the three together.

It’s given different names at each school, but the underlying premise is the same: break the incoming civilians down over the summer so they can be built back up as military officers over the next four years.

One of the few personal items allotted to incoming freshman is a journal.

“We call it the ‘little black book of goodies,’ because as I went through basic I would write down all my advice for my sisters,” Corinne said. “I think the biggest advice was ‘keep your mouth shut.’”

For Adrienne, that book helped her prepare for Naval Academy Plebe Summer by knowing to keep her “head down the whole time and knowing a lot of jokes and riddles.”

“That’s one way I got through,” she said. “Just telling jokes to my detailers so they would go talk to someone else and make them do pushups instead.”

That first summer isn’t the only experience shared between the service academies.

Last year, the Air Force Academy held the coveted prize, but they’ve already lost to both Navy and Army this year; the winner of Saturday’s Army-Navy game gets the hardware.

“And the reason why this is particularly important this year, is because last year, when my little sister was a freshman, Army beat Navy for the first time in 15 years,” Adrienne said.

It had been so long since the Black Knights had beat the Midshipmen that Madeleine said the running joke was the “computer had been out longer than Army had beat Navy.”

But all that changed last year, and Adrienne doesn’t want to lose to her little sister’s West Point cadre again. She hopes her Midshipmen can rally to victory one last time before she graduates.

“We will both be at the game,” Adrienne added. “All the cadets and midshipmen have to attend the game, so there’s about 10,000 people there who will be very riotous, loud and obnoxious for all the other fans because we both want to win very, very bad.”