Editor's note: The following is an opinion piece. The writers are not employed by Military Times, and the views expressed here do not necessarily represent those of Military Times or its editorial staff.

When 19-year-old Purple Heart recipient Marine Cpl. Samuel "Lee" Anderson was injured by a land mine after intense fighting, he was transported back to the U.S. and likely did what most red-blooded Americans did after the war: He had a beer.

Compare that to the story of Army Sgt. Monica Lin Brown (then a private first class), who was awarded the Silver Star for saving the lives of five of her fellow soldiers when a roadside bomb exploded amid a convoy of Humvees on patrol. After the bomb struck one of the vehicles, Brown grabbed her aid bag, ran through enemy gunfire to reach her wounded comrades, and used her own body to shield them from falling mortars.

Like Anderson, Brown was barely 19 years old when she was in battle. But unlike Anderson, if Brown had chosen to partake in the American pastime of drinking a beer after coming home, she might have been prosecuted for underage drinking.

The difference? Anderson fought in the Battle of Iwo Jima in 1945. Brown was in Afghanistan in 2007.

Prior to the 1980s, military leaders had more leeway to allow on-base drinking under 21, and during World War II uniformed military personnel were routinely served in pretty much any bar in the U.S. In those days, military commanders abroad were more concerned with killing Nazis and frequenting French tavernes than obsessing over the official military drinking age.

Today's 18-year-old service members can do almost anything under the sun — get married, vote, buy a house, go to adult prison, smoke a cigarette — but they can’t have a cold one after "shield[ing] wounded [soldiers] from falling brass and enemy fire," as Sgt. Brown’s Silver Star citation reads. It’s well past time to once again allow troops under age 21 to enjoy a brew.

"If you’re willing to die for your country, you should be able to drink a beer" is a good sound bite, but it’s also good policy. We give those who enlist (as young as age 17) weapons and teach them how to kill people — the ultimate power and responsibility — yet simultaneously agonize over them so much as touching alcohol. This makes no sense.

Opponents argue that allowing underage military drinking would risk a dangerous mix of alcohol and gun-toting troops. But the military severely restricts the access service members have to firearms on base, and past experience with on-base drinking under the age of 21 actually supports the idea of allowing younger troops to imbibe.

Back in the day, active-duty troops under 21 could drink responsibly on base. Even when Congress changed the law in the 1980s to require American military bases to adhere to local drinking age laws (which in a number of states had increased to 21 after experiments with lowering the age in the 1970s), bases located within 50 miles of Canada or Mexico continued to permit 18-year-olds to drink.

Although no branch of the military takes advantage of the 50-mile rule today, commanders overseas occasionally allow underage drinking for "special circumstances," such as the recognized birthday of one of the military branches. And in 2007, the Marine Corps loosened its rules further, allowing 18-year-old Marines to drink in foreign ports, so long as local laws permit it.

In other words, we’ve been here before. We’ve allowed 18-year-old service members to drink, and it didn’t trigger a military crisis or lead to booze-infused gun violence on military bases.

Forbidding off-base drinking makes even less sense, and it would be easy to implement a system that allowed it. In recent years, a wave of state legislation has cropped up that would give military members the green light to drink at 18. While no such laws have passed, they show that the issue is gaining attention.

All U.S. armed service members have a ready form of identification: The Common Access Card. Congress could pass a law allowing service members to present their CAC cards, rather than a driver’s license, whenever they walk into a bar and want to order a drink.

Both common sense and history show that 18-year-old troops are sufficiently responsible to drink. If we entrust soldiers like Sgt. Brown to wield a weapon in defense of our precious freedoms, it’s well past time we also let them wield a beer. 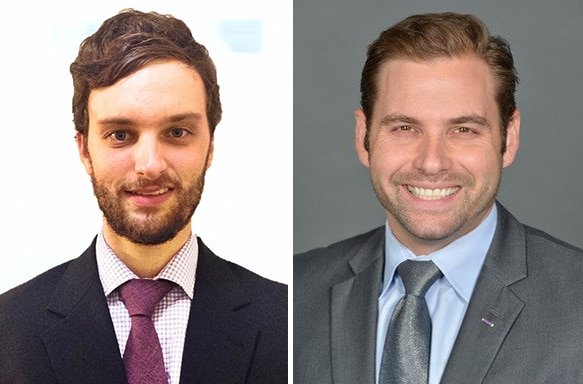 A sailor in Virginia is being credited for saving the life of a driver who crashed into the gate of the Norfolk Naval Station in Norfolk, Virginia.
Close
Now Playing

"You have to decide: what is the right thing to do?" | Dear Young American — Gary Beikirch

The future of security operations in Afghanistan