AMERICA'S MILITARY: Were the wars worth the cost? 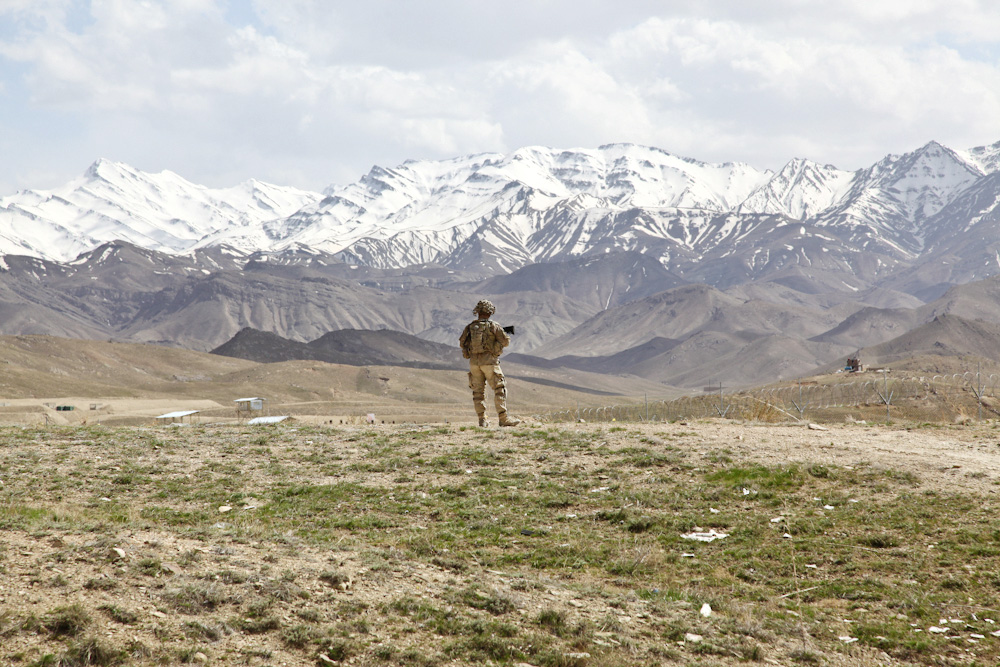 A soldier assigned to the 3rd Brigade Combat Team, 10th Mountain Division, provides security during a live-fire exercise at Forward Operating Base Thunder in Paktia province, Afghanistan, on April 12.
Photo Credit: Capt. John Landry/Army
Personally, many troops simply are tired of deploying there. Professionally, many wonder what the 13-year war really accomplished.

Bradshaw's sentiments are widely shared across the force. Pessimism about the U.S. mission in Afghanistan has grown steadily during the past several years, and today a majority of the force thinks the war's aims were unfulfilled, according to a recent Military Times survey.

For the past seven years, Military Times has asked thousands of active-duty service members the same question: "In your opinion, how likely is the U.S. to succeed in Afghanistan?"

The number of troops expressing optimism — responding either "very likely" or "somewhat likely" — has taken a nosedive to 23 percent this year, from 76 percent in 2007.

In the eyes of many who served there, the mission in Afghanistan is ending ambiguously.

The black-and-white issue of winning and losing is not something most service members dwell on. Instead, the conversation among military professionals is more nuanced.

"What actually comes up is more the question of what our goal in Afghanistan was, not so much, 'Did we win or did we lose?' or 'Should we stay or should we be pulling out?' The question I hear is about what we as a nation intended to accomplish," Lacy said.

Meanwhile, billions of U.S. tax dollars went to build up ​infrastructure to improve the Afghan economy — efforts often hobbled by corruption and ineffective planning. At times, the U.S. military helped eradicate Afghanistan's primary cash crop, opium, but at other times, the official policy was to permit opium production precisely because it was so vital to the country's economy.

For the troops who deployed there repeatedly, the shifting goals became confusing.

"Initially, our goal was to go find bin Laden, that was the impression that most of us had. We accomplished our mission. But then all the other stuff? How much do we need to be responsible for another nation? If we are somehow responsible, then for how long are we responsible?" Lacy said.

Many defense experts in Washington have criticized President Obama's plan to keep a small contingent of U.S. forces in Afghanistan for the next two years and delay withdrawal of all U.S. military personnel until the end of 2016. Those defense experts say that without an ongoing, long-term U.S. military commitment, Afghanistan could again become a safe haven for extremists planning attacks on Americans.

Yet most troops disagree with those defense experts on the value of staying in Afghanistan. In the Military Times survey, only 28 percent of active-duty troops say the U.S. should maintain a troop presence there beyond 2016.

Many troops base their pessimism on firsthand experience with Afghanistan, its culture and its people.

"The men there, they buy women like they're goats," said Marine Lt. Col. Amy McGrath, F/A-18 fighter pilot who now teaches political science at the Naval Academy. "I think that we've got to get out of there. I think the people there have to figure it out themselves."

Her work with detainees in Afghanistan in 2009 made her question the enemy's motivation. "Some of them were just trying to get money and buy a goat. That 14-year-old, he doesn't care about the United States. But he put the darn bomb under the bridge because he could start a life that way. It's really complicated."

Some troops question the way the wars were managed by senior leaders. Bradshaw, the Navy corpsman who deployed several times to both Iraq and Afghanistan, said he was frustrated by the conservative rules of engagement imposed due to concerns about civilian casualties.

"At one point, the Marines couldn't shoot unless they were shot at first. That added to the body count, and I'm the one that has to go try and patch them up," Bradshaw said. "I'm not sure who was to blame, whether it was the military leadership or politicians that tied their hands, but I lost a lot of Marines because of the ROE."

Many troops' views of Afghanistan and Iraq are intertwined, and pessimism about the latest Iraq mission also is widespread. Some ​About 70 percent of the active-duty troops surveyed said the U.S. should not send a significant number of ground troops to Iraq to support Baghdad's fight against the Islamic State group, also known as ISIS or ISIL.

"We can stay there until the end of time and not be successful in either one of those countries," said one Army staff sergeant who has deployed to both as a helicopter mechanic.

"Change does not come from without, it comes from within. If the people don't want it, it's not going to happen. They have to want it for themselves," said the staff sergeant, who asked not to be identified. "They're simple country people who've lived the same way for the last 5,000 years. They have no need for modernization. They couldn't care less who's in control as long as they get to live their lives. All the education they need teaches them how to maintain the land so they can grow their crop next year."

In total, 2,354 U.S. troops died in Afghanistan between the October 2001 invasion and Dec. 8 ceremony that lowered the flag at NATO's International Security Assistance Force's Joint Command and formally ended its deployment — although the U.S. military plans to have up to 10,800 troops in Afghanistan through 2015.

Many troops will be glad to see the mission officially end in the hopes that number will not be ticking upward.

"Truth be told, I couldn't be happier," said Marine Gunnery Sgt. Geoffrey Barisano, a 37-year-old Marine who's deployed to Afghanistan four times as an aviation ordnanceman. "None of our boys are going home in a box anymore and that's a good feeling."

Yet the end of the war brings a hint of disappointment to certain troops.

"There's a really selfish Marine side of me that always wants a war because I want something to do," said Marine 2nd Lt. Christopher Fox, 28, who has prior enlisted service.

"I think it's good that the war [in Afghanistan] is winding down," Fox said. "As always, the Marines are going to do what they're told to do to the best of their ability. If it so happens that there isn't really a military solution to a particular problem, that's not on us. And that pretty much sums up Iraq and Afghanistan."

​mail invitations to participate. Others were recruited via social media. In total, about 10,000 respondents completed the survey, including 2,299 who identified themselves as current active-duty personnel.

The sample is not a perfect representation of the military as a whole; it over-represents soldiers, officers and noncommissioned officers, and under-represents junior enlisted personnel. However, it is representative of the more senior and career-oriented members of the force who run the military's day-to-day operations and carry out its policies.

After the survey's completion, Military Times reporters spent several months interviewing dozens of active-duty survey respondents, speaking with them in detail about their views on military life today. In some instances, service members asked not to be identified so they could speak more candidly about military policy, senior leaders and political views.

Military Times has conducted a similar survey routinely for the past 10 years. Survey data cited from years prior to 2014 are based on those survey results. This is the only long-term, independent tracking survey of its kind.

The voluntary nature of the survey, the dependence on e-mail and the characteristics of Military Times readers may affect the results. Statistical margins of error commonly reported in opinion surveys that use random sampling can't be calculated for this survey.

Two US Army veterans deported to Mexico win US citizenship

Both Army veterans, the two men were sworn in as U.S. citizens at a special naturalization ceremony in downtown San Diego.

The ship was raised from roughly 160 feet underwater at Hood Canal.

A U.S. military fighter jet shot down a Chinese balloon off the South Carolina coast on Saturday.

A return to the Philippines

The longtime ally could again host U.S. naval forces in the not-too-distant future.

Top military movies to watch for in 2023