​The chief watchdog at the Department of Veterans Affairs investigates less than 10 percent of the nearly 40,000 complaints it receives annually about problems at the agency, even when they concern potential harm to veteran health, Deputy Inspector General Linda Halliday said Tuesday.

The Office of Inspector General, which is responsible under federal law for rooting out mismanagement and abuse at the agency, simply doesn't have the resources, Halliday said at a hearing of the Senate Homeland Security and Governmental Affairs Committee.

"There is a serious discrepancy between the size of our workforce and the size of our workload," Halliday said. She said her office has roughly 650 professional staff members while the agency they investigate has more than 350,000 employees and a budget greater than $160 billion. "The OIG is not right-sized to respond to all the complaints that we currently receive."

But that explanation was not good enough for VA whistleblowers at the hearing, who said that even the investigations her office does conduct are cursory and often target the VA employees who report problems — rather than the problems they are reporting.

"VA OIG investigations have been half-assed and shoddy," said Shea Wilkes, a social worker at the Shreveport, Louisiana, VA who was criminally investigated by the inspector general after he reported hidden wait lists for care at the facility. "The VA OIG has not been independent, but is working with the VA to do damage control, white wash and intimidate truth-tellers and potential whistleblowers."

Wilkes co-founded VA Truth Tellers, a group of more than 40 whistleblowers from VA medical facilities in more than a dozen states — including Arizona, Alabama, Delaware, and Wisconsin — that provide care to more than 650,000 veterans annually. He said many have had similar experiences with the inspector general's office.

"The overwhelming majority would answer the VA IG is a joke," he said.

Halliday took over the inspector general's office in July after the previous leader, Deputy Inspector General Richard Griffin, abruptly retired amid criticism from the whistleblowers' group.

Halliday said she is trying to change the culture in the inspector general's office and attempting to reposition resources so her office can investigate more complaints, particularly those concerning veteran medical treatment. She said she also has ordered mandatory whistleblower-protection training for her staff.

"I made it a high priority and my first priority to reinforce that the OIG values whistleblowers and that we are hearing and learning from the more recent complaints," Halliday said.

She did not have any answers, though, for the family of whistleblower Christopher Kirkpatrick, a clinical psychologist at the Tomah, Wisconsin, VA who committed suicide when he was fired in 2009 after reporting his concerns about the over-prescribing of medication to veterans treated at the facility.

The Office of Inspector General, in an effort to defend an earlier finding that there was no retaliation against Tomah employees who reported problems, including Kirkpatrick, issued a report in June suggesting Kirkpatrick was a drug dealer and another whistleblower, a pharmacist, was a bad employee.

"For my parents to have to read this document after everything they've been through is outrageous and unconscionable," his brother, Sean Kirkpatrick, testified at Tuesday's hearing.

Halliday, when asked by Committee Chairman Sen. Ron Johnson, R-Wis., what she planned to do to make amends with the Kirkpatrick family, said only, "I did not prepare that document."

A spokeswoman for Halliday, Catherine Gromek, declined to answer questions afterward about the report, saying she first had to provide the information to the committee.

"That sounds like reprisal to me, to a dead person," he said. "I want that sinking in."

Johnson said he appreciated Halliday saying she values whistleblowers, but he said her office's actions don't reflect that. 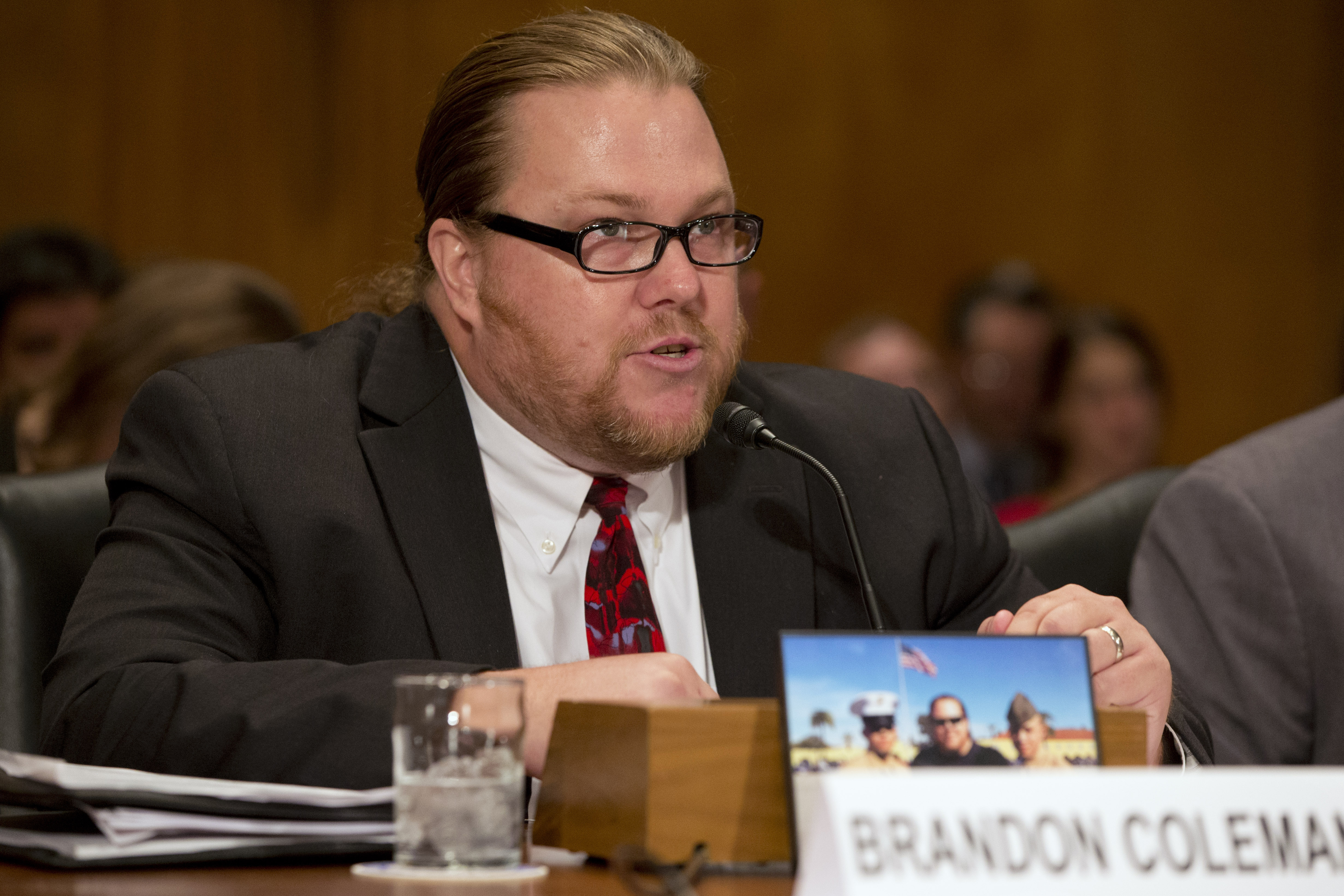 Kirkpatrick said after the hearing he is eager to hear what Halliday's office plans to do in his brother's case.

"One thing we want is Chris to have a clear name and people to understand that he was a whistleblower," Sean Kirkpatrick said. "He was retaliated against and he paid with his life."

Marine Gen. Kenneth McKenzie, commander of CENTCOM, talks about what's ahead for his area of operations now that the Pentagon's eye has turned toward Russia and China. Tension with Iran and the effort to aid Afghan interpreters are also covered in a conversation with Military Times managing editor Howard Altman.
Close
Now Playing