It took decades for Jeannine McDonald to finally admit she was struggling with depression and post-traumatic stress disorder.

When she did, that itself was devastating. The Air Force veteran said she tried everything — counseling, medication, acupuncture. But nothing seemed to help.

“I was at that point where I was numb to everything; I didn’t enjoy anything,” McDonald said. She had only ridden horses a few times as a child, but the magic of it had stuck with her.

When a friend asked her what she would choose if she could do anything, McDonald knew. “The only thing I could think of was to ride.”

As clinicians seek innovative ways to heal veterans struggling with PTSD, equine therapy has been growing in popularity.

It is still medically controversial — part of that reason being that there hasn’t been much data or research on it, especially with veterans. But a team at Columbia University in New York City has set out to change that.

The team is finishing up a yearlong study of veterans struggling with PTSD and the effects of horse therapy.

Each week, get insights on retirement benefits and issues

The Virginia facility where McDonald rides serves children with disabilities, such as autism or Down Syndrome, and has a separate focus on active-duty military and veterans. A partnership with a local military installation brings out active-duty riders twice a week. Many of them are struggling with substance abuse, depression or PTSD. 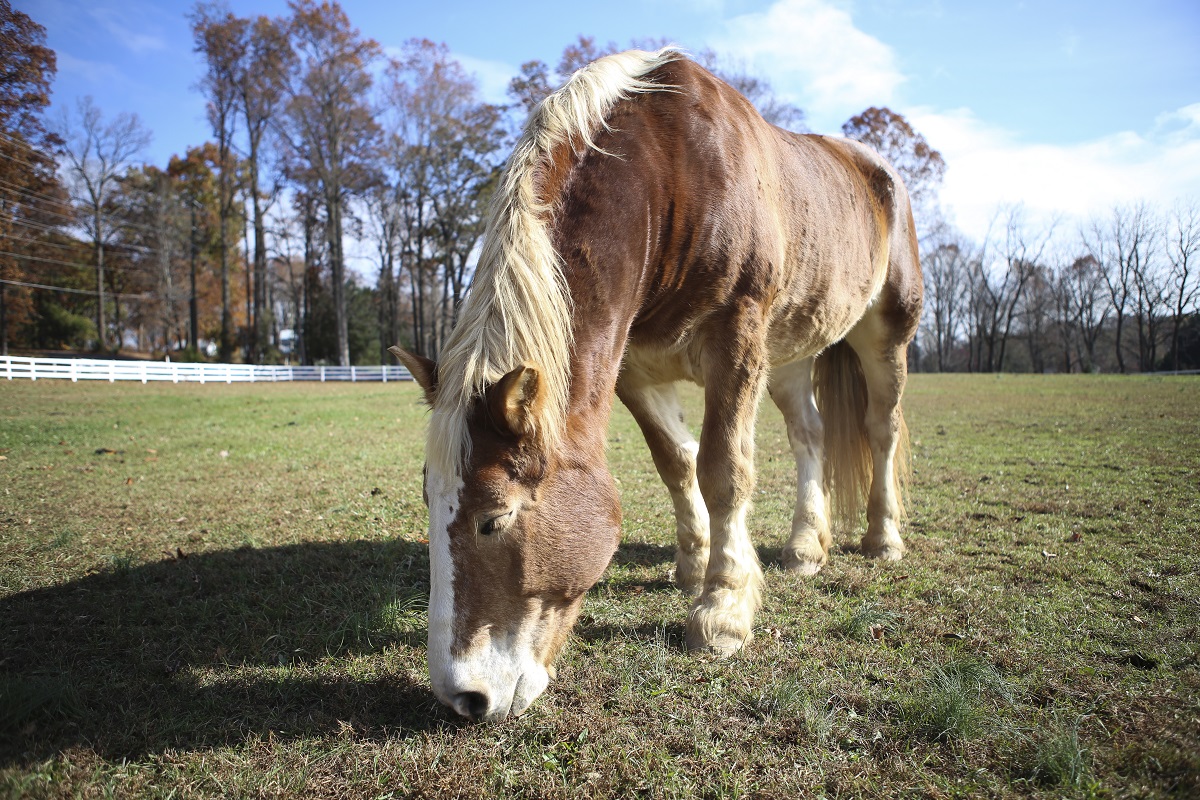 As one of the most gentle and sweet horses on the farm, Lizzy is a star at the Northern Virginia Therapeutic Riding Program in Clifton, Virginia, even though she just moved here in 2017. Her larger Haflinger/draft frame makes her an ideal horse for military riders. (Andrea Scott/Staff)
2 of 7 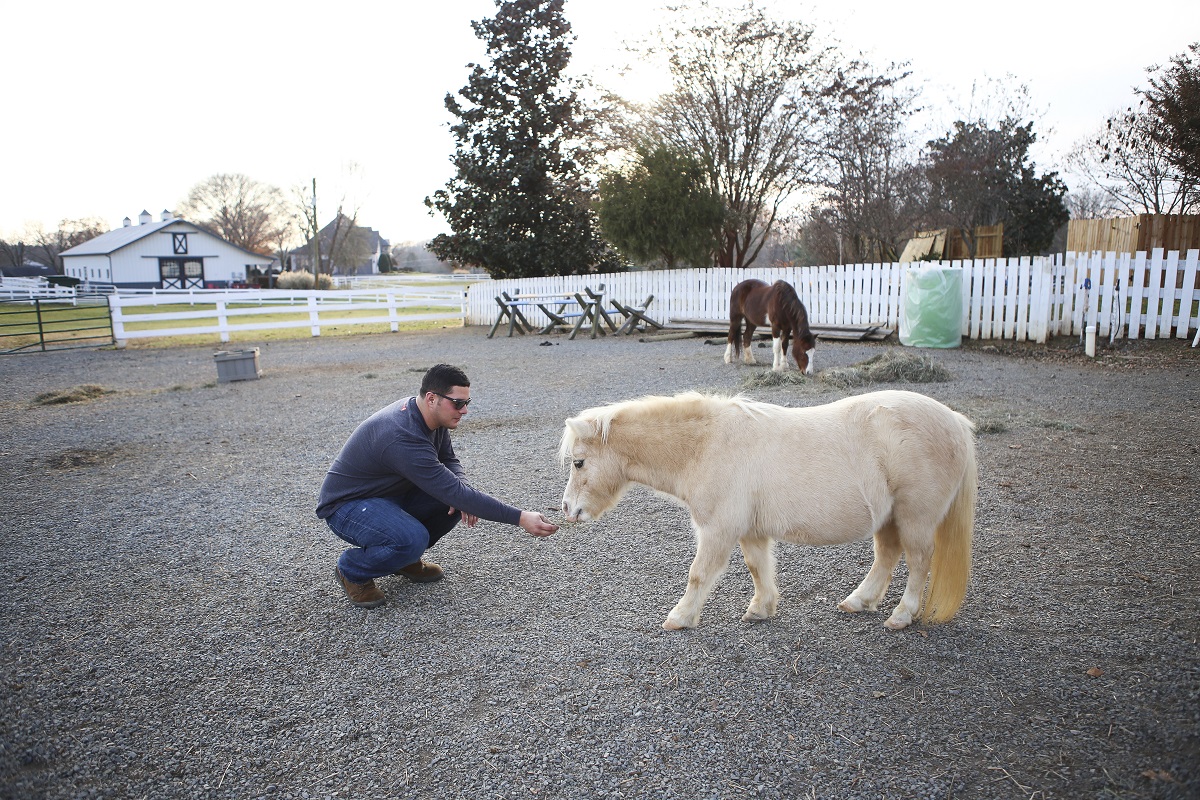 Jimmy Fierro is a helicopter crew chief in the U.S. Army. He spends his week maintaining and flying on Black Hawk helicopters out of Fort Belvoir, Virginia, but he spends his Sundays volunteering at the riding program. One of his favorite horses is Teddy, the mini horse. “He’s like a cat,” Fierro says. “You just got to get him to come to you.” (Andrea Scott/Staff)
3 of 7 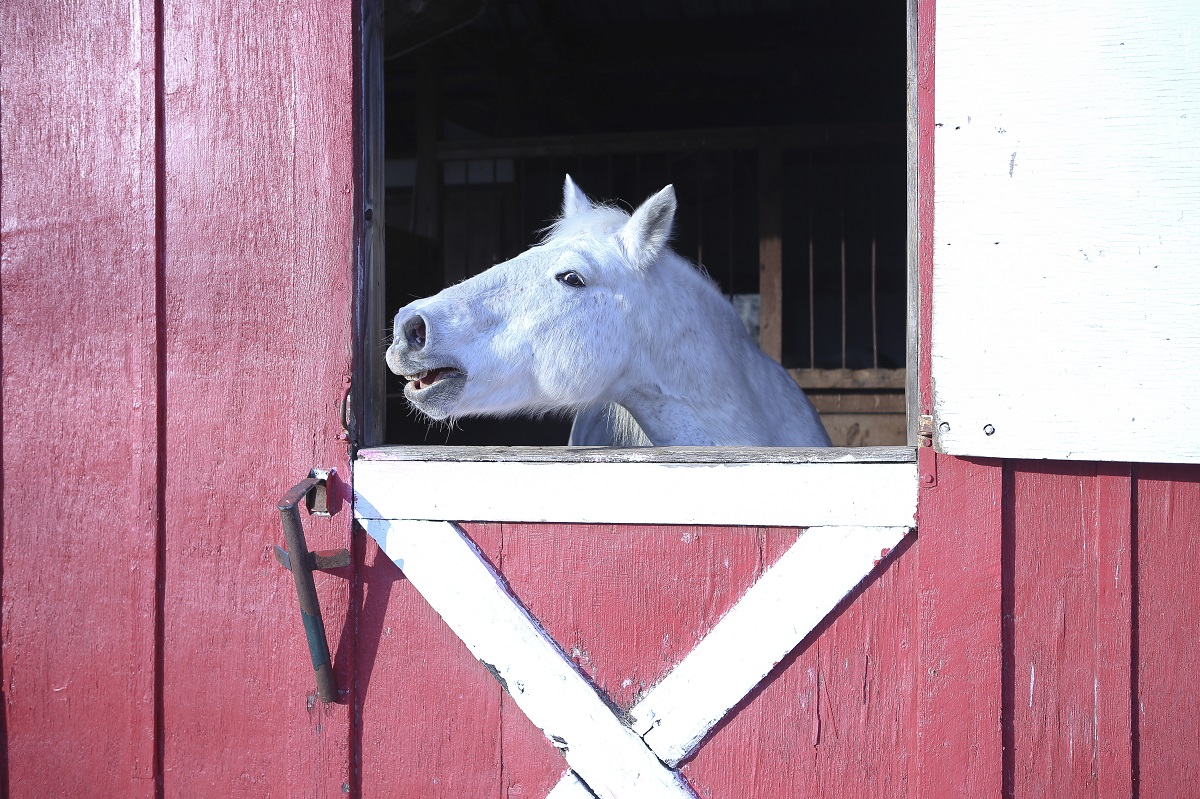 Prince cheeses for the camera one late December 2017 afternoon. He is 22 years old and normally works with children with disabilities, which is a focus of the facility. But he’s also great with veteran riders. Every therapist picks a horse for each client based on the personality and needs of the rider. (Andrea Scott/Staff)
4 of 7 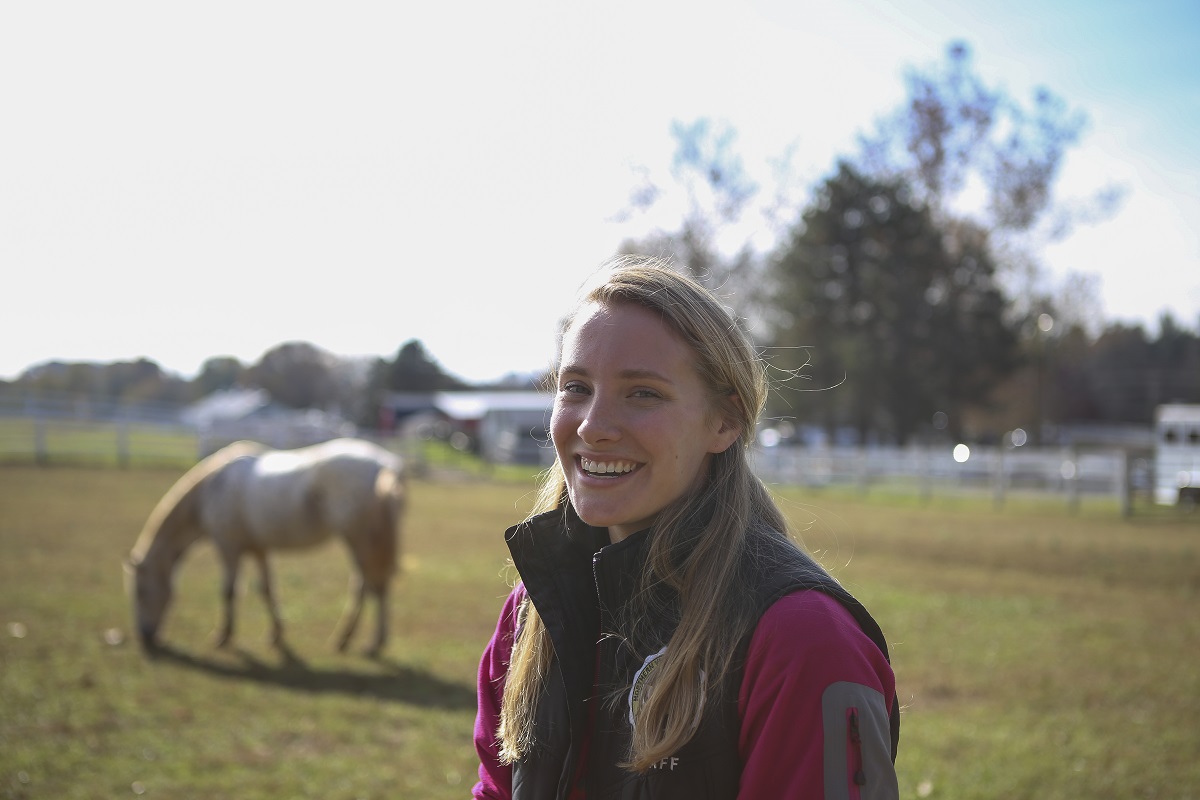 Tessa Hassett has been an instructor at NVTRP for three years. She first became involved when her younger sister came to the program for therapeutic riding in 2002. (Andrea Scott/Staff)
5 of 7 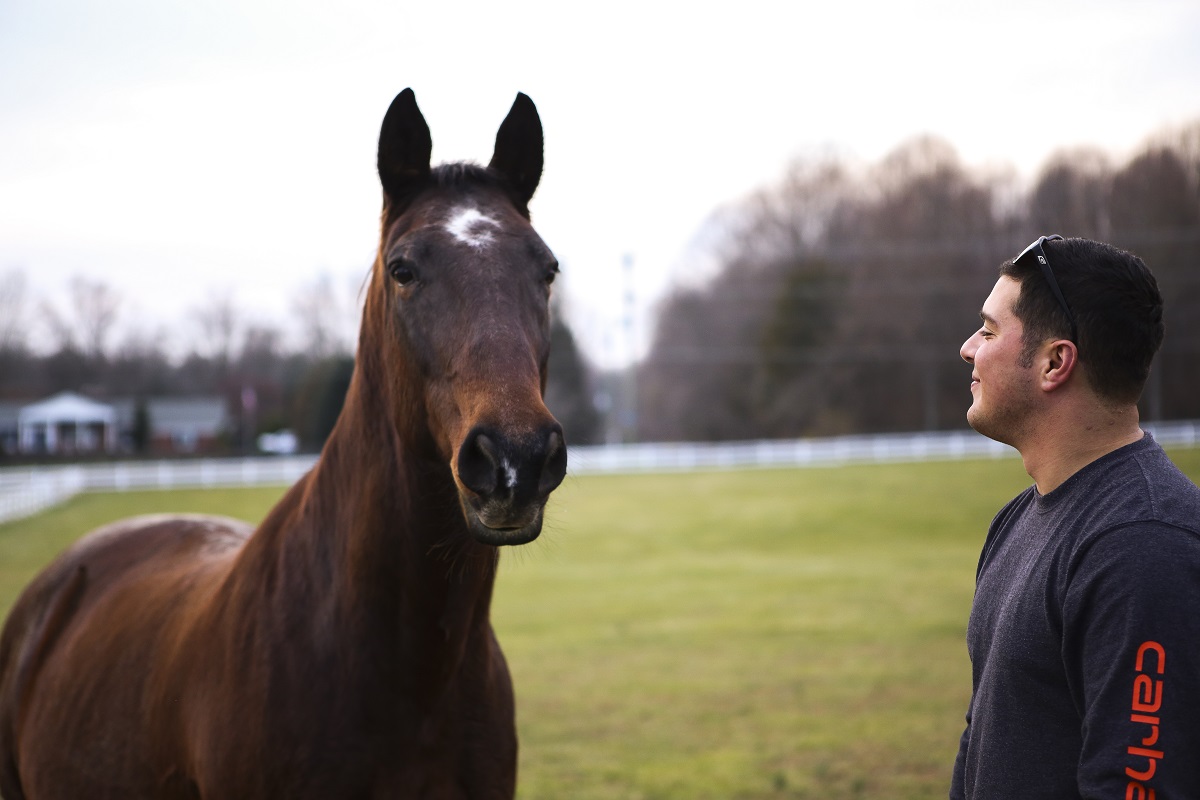 Loki is the most comfortable in front of the camera, his handlers say. He was out grazing in the back pasture when Fierro came to say goodbye for the evening. (Andrea Scott/Staff)
6 of 7 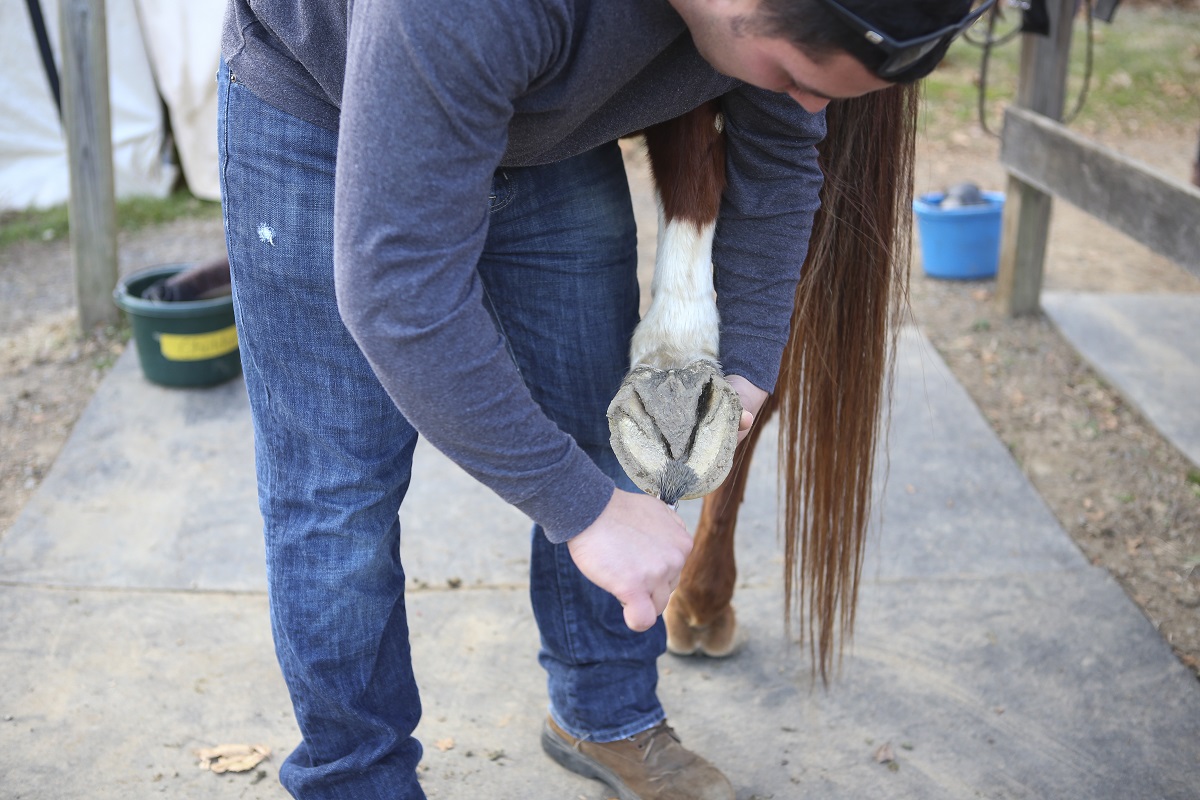 The Northern Virginia Therapeutic Riding Program has more than 200 volunteers on its roster. Volunteers perform duties like combing horses and cleaning hooves, as Fierro does here. Volunteers make the program work, employees say. (Andrea Scott/Staff)
7 of 7 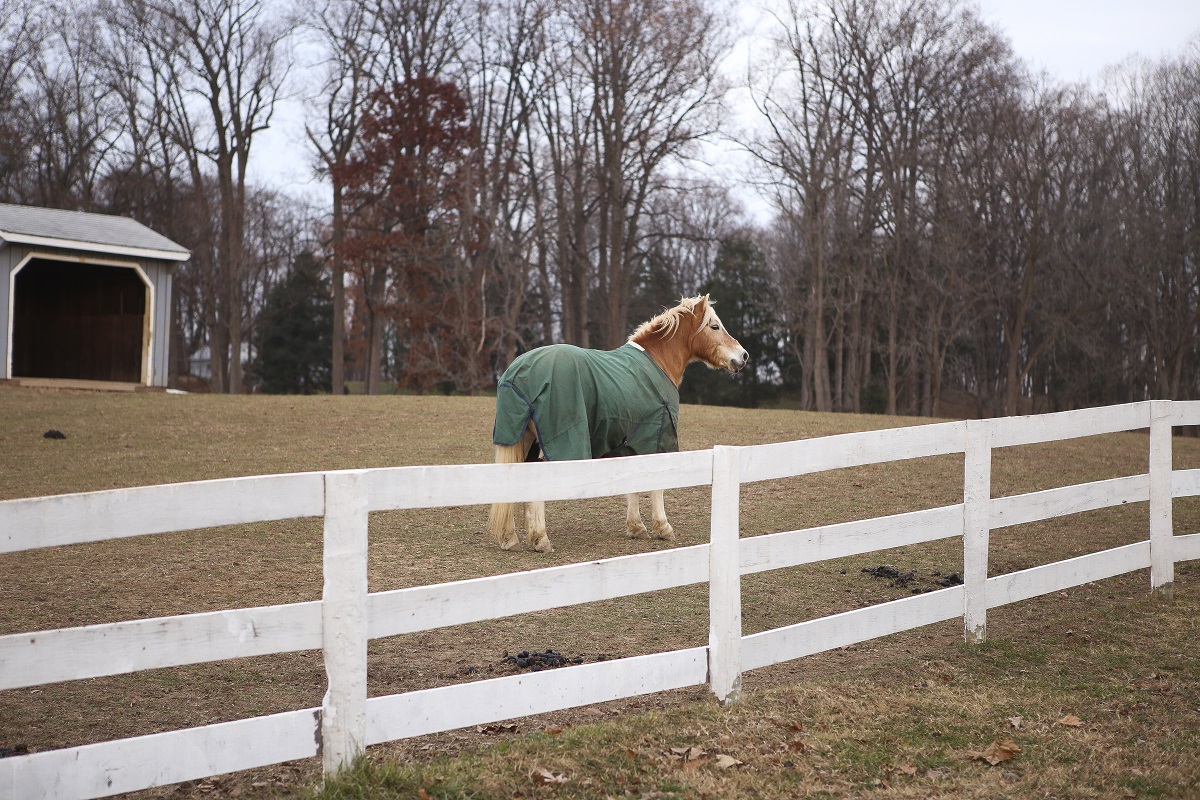 Lizzy stands watch over the pastures as the end of a long weekend. Saturdays and Sundays are the busiest days at the stable, jam-packed full of riders all day. Winter may be here, but the horses at NVTRP ride outdoors year-round. (Andrea Scott/Staff)

Tessa Hassett has a background in clinical psychology, and has been a riding instructor at the Northern Virginia Therapeutic Riding Program in Clifton, Virginia, for three years.

“A lot of them have said that whatever they’ve been through with their PTSD and depression that they never thought they’d be able to bond with someone again and feel that personal connection,” Hassett said. “But with their horse, they’re feeling that connection. They’re able to take that into the rest of their lives and into their other relationships.”

McDonald said that after learning to control a huge horse — she usually rides Booker, a Clydesdale/Hackney cross — she has learned to be gentler with her four children and her husband.

The hardest part about equine therapy? For McDonald at least, it’s getting there. But she’s happy once she arrives, she said. Riding gets her outside, and helps her build core strength that she lost after an accident and spinal surgery in the Air Force.

“It’s different when it’s not a human being,” she said. “You can’t replace that, but there’s something also about animals, like therapy dogs. How many people have just been transformed or changed or just come out of the pain because they have something that loves them back and doesn’t ask questions?”

The Washington Post reported in June that veterans participating in Columbia University’s study are spending 90 minutes once a week for eight weeks interacting with the horses.

Prudence Fisher, Columbia University professor of clinical psychiatric social work, told the Post, “One of the things we’re optimistic about is how much the veterans like the treatment.”

Such trials usually have a 30 percent dropout rate, Fisher told the Post, but that’s not happening with this trial, which ends in December.

The veterans enjoy being there, she said.

And McDonald knows why, and recommends equine therapy to all struggling veterans.

“There’s something about the outside of a horse that’s good for the inside of a man,” she said.

“I have not seen or known of anyone who hasn’t been saved in a certain way by being around these horses.”

The end of the endless war? | Reporters Roundtable