U.S. report: Afghan forces not yet capable of securing country

By Rahim Faiez, The Associated Press

KABUL, Afghanistan — Afghanistan needs a stable security environment to prevent it from again becoming a safe haven for al-Qaida and other militants, but Afghan security forces have not yet become capable of securing all of the country by themselves, a U.S. report said Wednesday.

The report, by the U.S. government's Special Inspector General for Afghanistan, offered a high-risk list assessment for the war-torn country, two years after NATO-led foreign combat forces pulled out at the end of 2014, leaving only a smaller training and assisting mission behind. 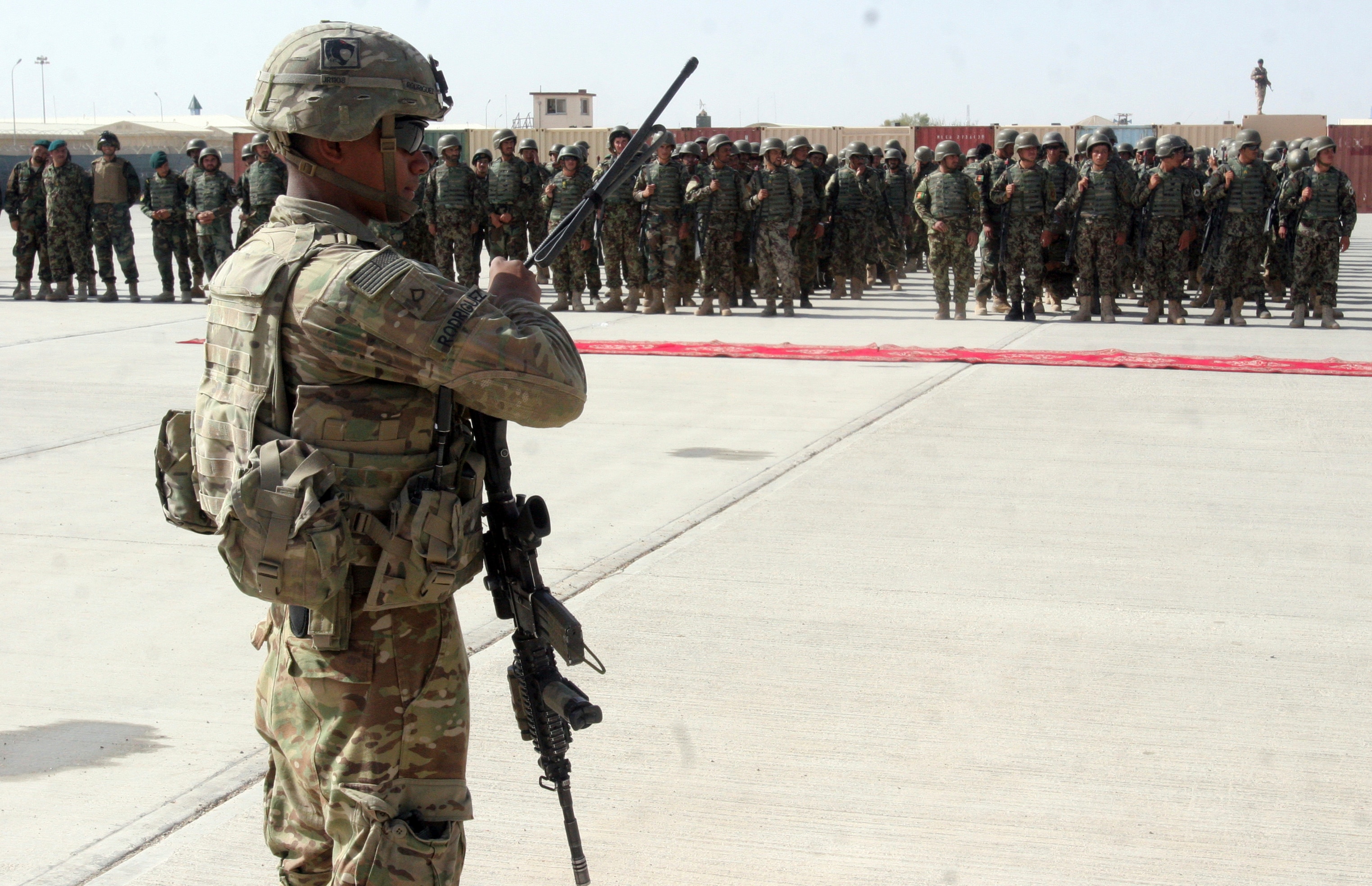 In this July 24, 2016 file photo, a U.S. military personal stands guard during a graduation ceremony for Afghan troops, in Lashkargah, capital of southern Helmand province, Afghanistan.
Photo Credit: Abdul Khaliq/AP
"The Afghan national defense and security force has not yet been capable of securing all of Afghanistan and has lost territory to the insurgency," SIGAR said.

Last August, the U.S. military mission in Afghanistan, or USFOR-A, said only 63.4 percent of the country's territory was under government control — compared to the 72 percent that the military said was controlled by Kabul in November 2015.

SIGAR also noted at least seven other areas of concern in Afghanistan, including rampant corruption and drug trafficking.

"To combat the Taliban and other threats, the United States has provided more than $64 billion since 2002, including $3.45 billion in fiscal year 2016 alone, to support the Afghan National Army, the Afghan National Police, and the Afghan Air Force," the report quoted Inspector General John F. Sopko as saying.

The Taliban had declared their goal for 2016 was to take a provincial capital - something they failed to do despite several attempts.

In this Nov. 21, 2016 file photo, new Afghan air force pilots attend class at the air force university in Kabul, Afghanistan. A U.S. report released Wednesday, Jan. 11, 2017, said that Afghanistan needs a stable security environment to prevent it from again becoming a safe haven for al-Qaida and other militants. The new report by the Special Inspector General for Afghanistan Reconstruction says Afghan security forces have not yet become capable of securing all of Afghanistan by themselves.

However, militant groups in Afghanistan are still capable of launching large-scale attacks, including in major urban centers — such as two large bombings, including a suicide attack, on Tuesday that killed at least 38 people near the government offices in Kabul.

Also Tuesday, a bombing that targeted the provincial governor's guesthouse in the southern city of Kandahar killed five diplomats from the United Arab Emirates and six other people. The governor and the UAE ambassador to Afghanistan were among several people wounded in that attack.

In 2014, SIGAR issued its first "High-Risk Report," identifying areas it assessed need special attention in Afghanistan. The new report is likely intended to help inform the incoming U.S. administration of the most pressing reconstruction challenges in 2017 and beyond.

The Air Force chose just over 20% of eligible senior airmen to move up the career ladder.

The conspiracy entrapped veterans in exploitative loans, with interest rates as high as 240%.

Divers find WWI Navy destroyer, the first to be sunk by enemy fire

The wreckage of the USS Jacob Jones was recently discovered off the southwest coast of England by a group of UK diving experts.

"It’s the provocative nature of the intercepts that’s got our attention, and we’re trying to understand it,” said Vice Adm. Karl Thomas.

The Army will, however, maintain its 1st Space Brigade, based at Fort Carson, Colorado.