WASHINGTON — The chairman of the House Armed Services Committee says it's not President Donald Trump's fault his defense budget proposal is billions below what the military needs.

The commander in chief just doesn't know better, in large part because he still hasn't staffed up the Pentagon.

"I believe the president is very committed to rebuilding the military and repairing the damage," Rep. Mac Thornberry, R-Texas, told reporters on Thursday. "I think our budget does a lot more of that than the one (the White House) sent over."

On Friday, the House Armed Services Committee will formally unveil plans for a $640 billion base defense budget authorization for fiscal 2018, a figure that's $37 billion above the military budget that Trump has repeatedly touted as the largest in American history and a dramatic rebuilding of the armed services.

The plan still faces numerous hurdles before becoming law, not the least of which are congressional spending caps that limit defense spending to $91 billion less than what House lawmakers are proposing.

But the House fund boost still represents a significant disconnect between what Trump's Pentagon believes is needed to "make the military great again" and the much larger figure that members of Congress see as a realistic starting point. 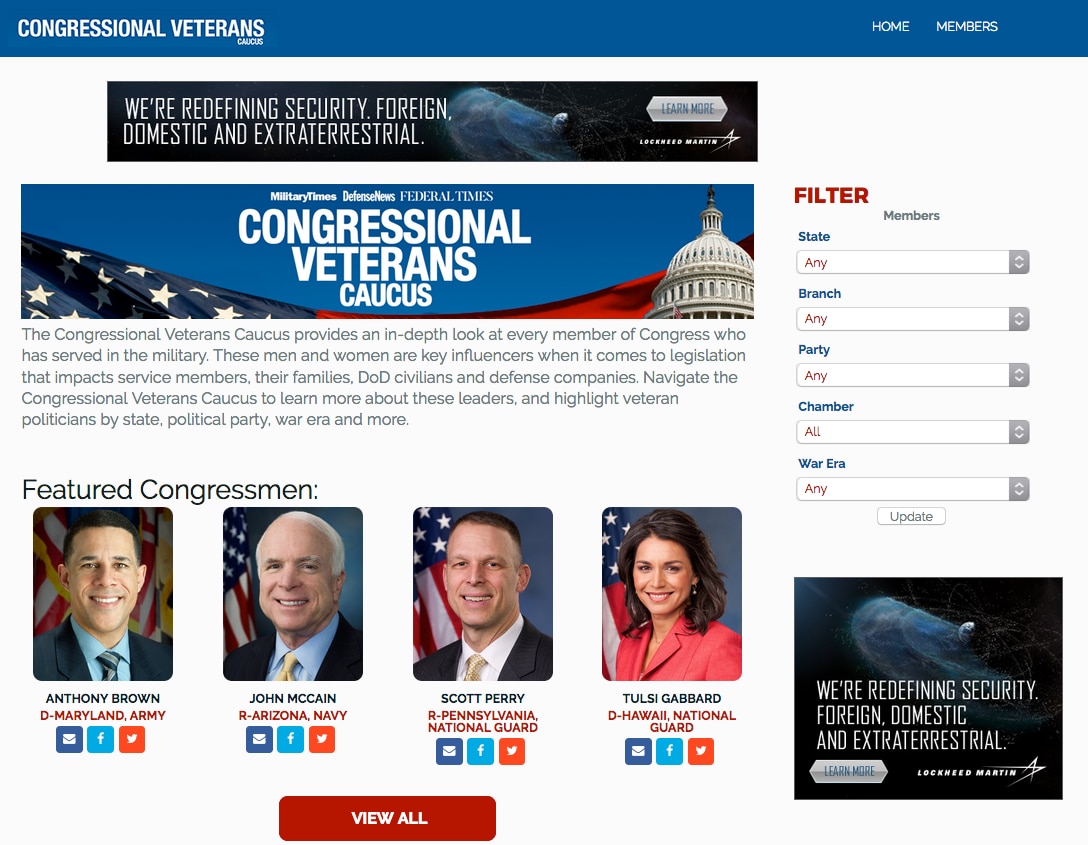 Lawmakers are pushing for a higher military pay raise than Trump requested (2.4 percent vs. 2.1 percent), a larger Army than Trump proposed (10,000 active duty and 7,000 guardsmen and reservists), and more munitions and missile defense funding than Trump has planned.

"What came up here … was really the Obama budget plus 3 percent, a lot of which was eaten up by our (end strength) increases last year," he said. "But there wasn’t anyone at the Pentagon to make a real Trump budget request."

Thornberry in recent months has lamented the slow pace of appointments to key military posts, a problem that Trump blames on "obstructionist Democrats" but many lawmakers attribute to the administration’s own inexperience and mistakes with the nomination process.

When the full Trump budget proposal reached Capitol Hill, only one of the three service secretaries had been confirmed, and Air Force Secretary Heather Wilson was on the job less than three weeks.

The armed services chairman described the White House budget proposal as largely an extension of Obama-era defense plans, which he strongly opposed as too small.

"You don’t have anybody in place, so what are you going to do? You’re going to send what you already had planned," Thornberry said. "(Defense Secretary James) Mattis has said his intent is to do a security review and a variety of other things, but my point is that we can’t wait to fix things."

When asked about Trump’s claims of a massive military budget, Thornberry said he has "no doubt" that Trump wants to properly fund the defense budget.

Thornberry’s committee is scheduled to mark up the authorization bill next Wednesday. He said the base budget number still could change before then, pending negotiations with other House leaders. House appropriators have discussed the possibility of a mid-point between the two figures, but have not yet offered a solution to how a $620 billion funding plan would get around the spending caps.

But he also made it clear that he believes the military budget number should not be much below his $640 billion target.