NORFOLK, Va. — It's time to set the record straight for Sgt. Henry Johnson.

Some of what history has recorded about the World War I soldier who posthumously received the Medal of Honor earlier this month is accurate. Even though he was wounded, he fought off German soldiers during an attack in France and saved a comrade from capture.

Much of the rest of the soldier's story has been altered over time: his real name, the place where he was born, where and how he died. Family members who believed he was their patriarch learned they weren't related at all.

This isn't unusual. History sometimes gets it wrong about historical figures, heroes and ancestors until researchers uncover information.

"It's really interesting - it's surprising how much of our history we get wrong," said genealogist and author Megan Smolenyak. "It's really frustrating and it's an uphill battle to get people to accept new information. They just want to accept what they've seen over and over again."

The Army asked Smolenyak to research Johnson and Sgt. William Shemin, who also posthumously received the medal June 2 at the White House. Their supporters believed the two were denied the highest award military personnel can receive for gallantry because of discrimination.

Smolenyak, who has traced the relatives of more than 1,000 soldiers for the Army, has uncovered other historical mix-ups, including that the wrong Annie Moore had been credited as being the first person to reach Ellis Island. Smolenyak is a nationally known genealogist who has worked on TV shows, including "Finding Your Roots," and "Who Do You Think You Are?," and has written several books. She lives in New Jersey and has a home in Williamsburg.

"We all thought they were going to be routine," Smolenyak said. But the Army must research every case to make sure the medal is given to the right family.

She found articles written over decades about Johnson that portrayed a man who came home a wounded hero only to be forsaken by the government. A broken man who died of alcoholism and was buried in a pauper's grave.

But those accounts didn't match up with official documents. His name was believed to be Henry Lincoln Johnson, but records showed he was William Henry Johnson. He preferred to use his middle name.

He was born in Winston Salem, N.C., Smolenyak said. There were no vital records in the state from that time to verify his birthday, which other records put between 1887 and 1897. He used March 15 on some records and May 15 on others. She believes he may have been confused about his date of birth.

Johnson ended up in New York although, Smolenyak said, many people had believed he was born there. After entering the Army in Albany and entering in 1917, he was assigned to Company C, 15th New York (Colored) Infantry Regiment, an all-black National Guard unit that later became the 369th Infantry. The unit famously became known as the Harlem Hellfighters.

In 1918, Johnson's unit was sent to fight on the front lines with a French unit. In May, Johnson and a fellow soldier came under attack by at least 12 Germans, taking heavy fire. Johnson was wounded, but he kept fighting. When the other soldier was wounded, Johnson kept him from being captured by fighting an enemy soldier in hand-to-hand combat, according to the White House. He kept fighting until the enemy retreated. 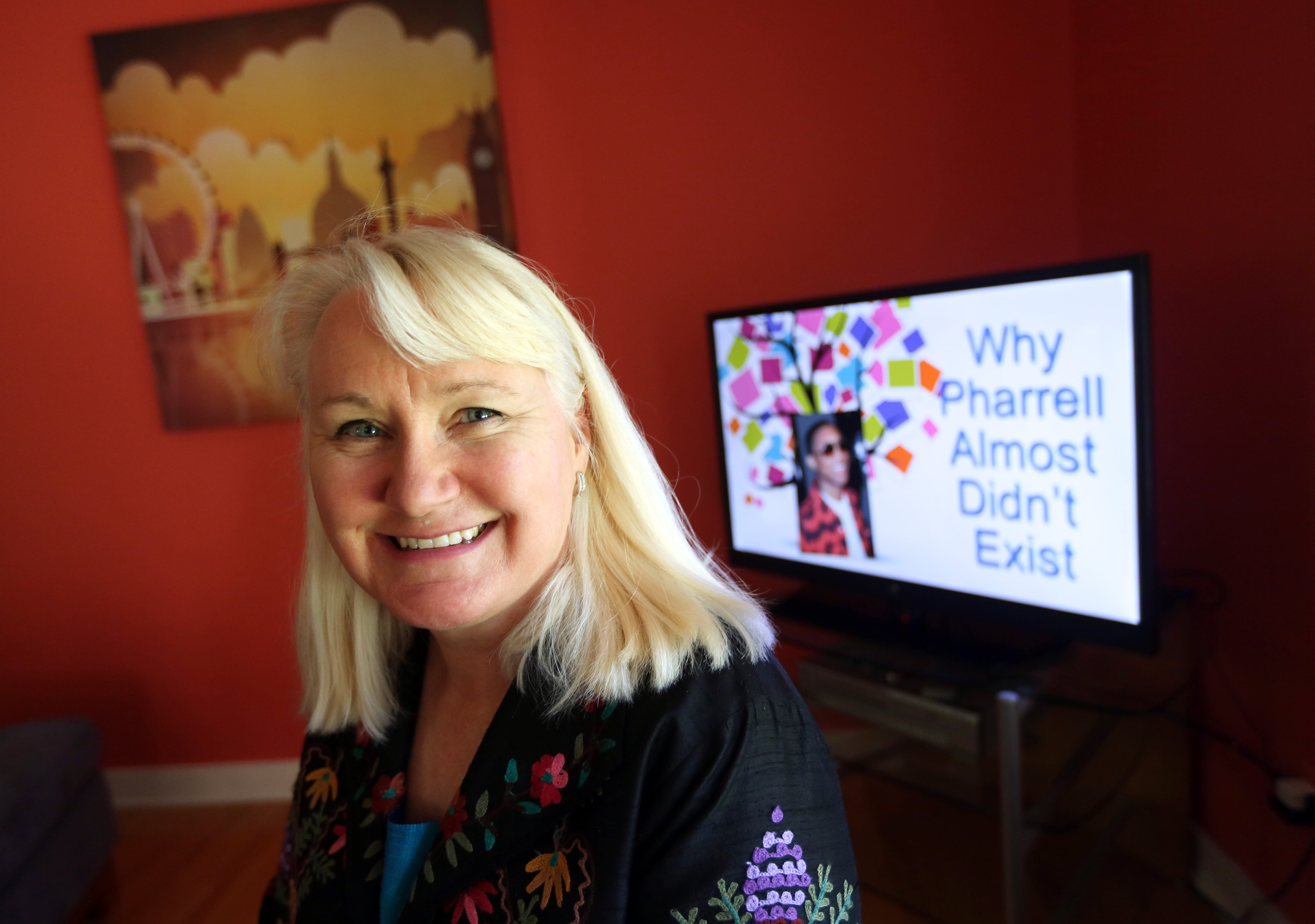 In this photo taken on Sept. 26, 2014, genealogist Megan Smolenyak, whose work has been featured on TV and written about in the New York Times and other national publications poses in Williamsburg, Va.
Photo Credit: Steve Earley/The Virginian-Pilot via AP
France gave him the Croix de Guerre for bravery and many of his countrymen believed he also should be recognized by the U.S. Army officials told The Washington Post that Johnson received the Wound Chevron, which he wore on his sleeve. But he left the Army a sergeant without a hero's medal.

Johnson did enjoy some fame upon his return. He was part of a parade in New York welcoming soldiers home. He was sent on a speaking tour that included speeches in New York, Washington and Missouri.

Newspaper accounts of his speeches made him famous enough that people wanted to claim a connection or kinship. Theodore Roosevelt Jr. also included Johnson in a book he wrote about soldiers who served in "The Great War."

Johnson spent the last decade of his life in Washington, and records show he spent some time in the Army hospital in 1920 or 1921.

He died in 1929 of a heart problem. He is buried in Arlington National Cemetery.

There are newspapers accounts of his death, Smolenyak said. "He wasn't entirely forgotten, but his fame faded quickly. He was struggling when he died, but not necessarily in poverty."

Tara Johnson told reporters she has believed all her life that Henry Johnson was her grandfather. Her father, Herman, talked about the man he believed had been his father as having a sense of humor, she told The Associated Press.

But Smolenyak found that Johnson's name wasn't on her father's birth certificate.

"He got older, he had sort of mixed family circumstances and there was room for wishful thinking to slip in there," Smolenyak said of Tara Johnson's father. "Nobody ever checked."

Tara Johnson had long been part of an effort to have Johnson finally get his due. The news that they weren't related, delivered by three Army officials who visited her home, was devastating, she told The Associated Press.

"There were so many false leads," Smolenyak said. She spent extra time following trails and reading records to check her own work to be absolutely sure Tara Johnson and her father weren't related to the soldier.

"I burned a lot of time hoping to find connections that just turned out not to be true," Smolenyak said. "I wanted it to be them."

Tara Johnson told the AP that she will always consider Johnson her grandfather. She was invited to the White House for the medal ceremony. Because the soldier has no living relatives, the medal was accepted by a command sergeant major from the New York National Guard.

Smolenyak researched Tara Johnson's family tree for her and for another group of people who believed they were related to Johnson.

"It's not much of a consolation prize," she said.