To pin it on, eligible troops must have been activated after Jan. 31, according to the memo, but an area of mobilization is not specified, as long as the mission was in direct response to COVID-19.

“Award authorities determine which operations and/or activities are deemed to be humanitarian in nature based off of HSM award criteria,” says the memo, signed by Matthew Donovan, defense under secretary for personnel and readiness. 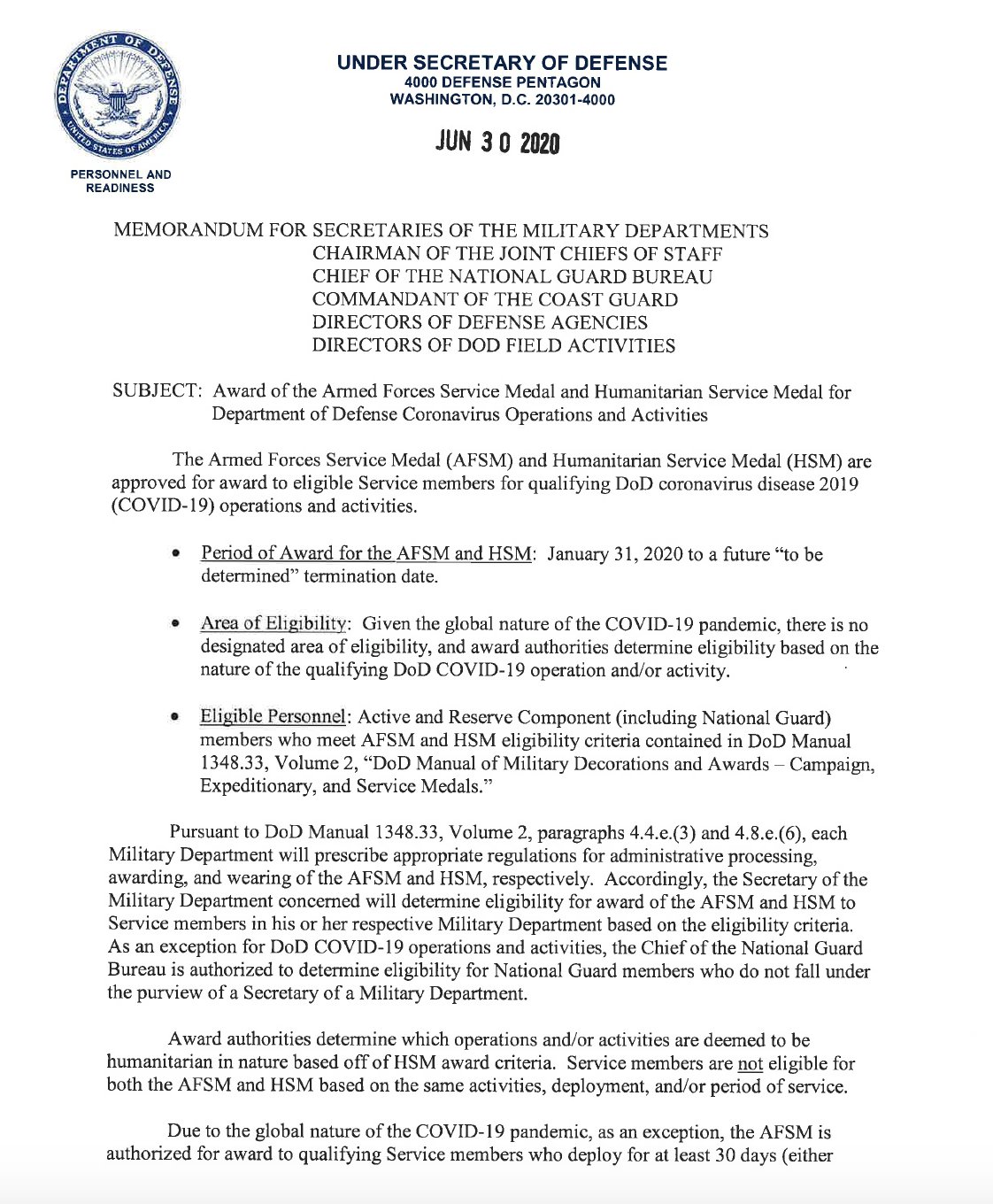 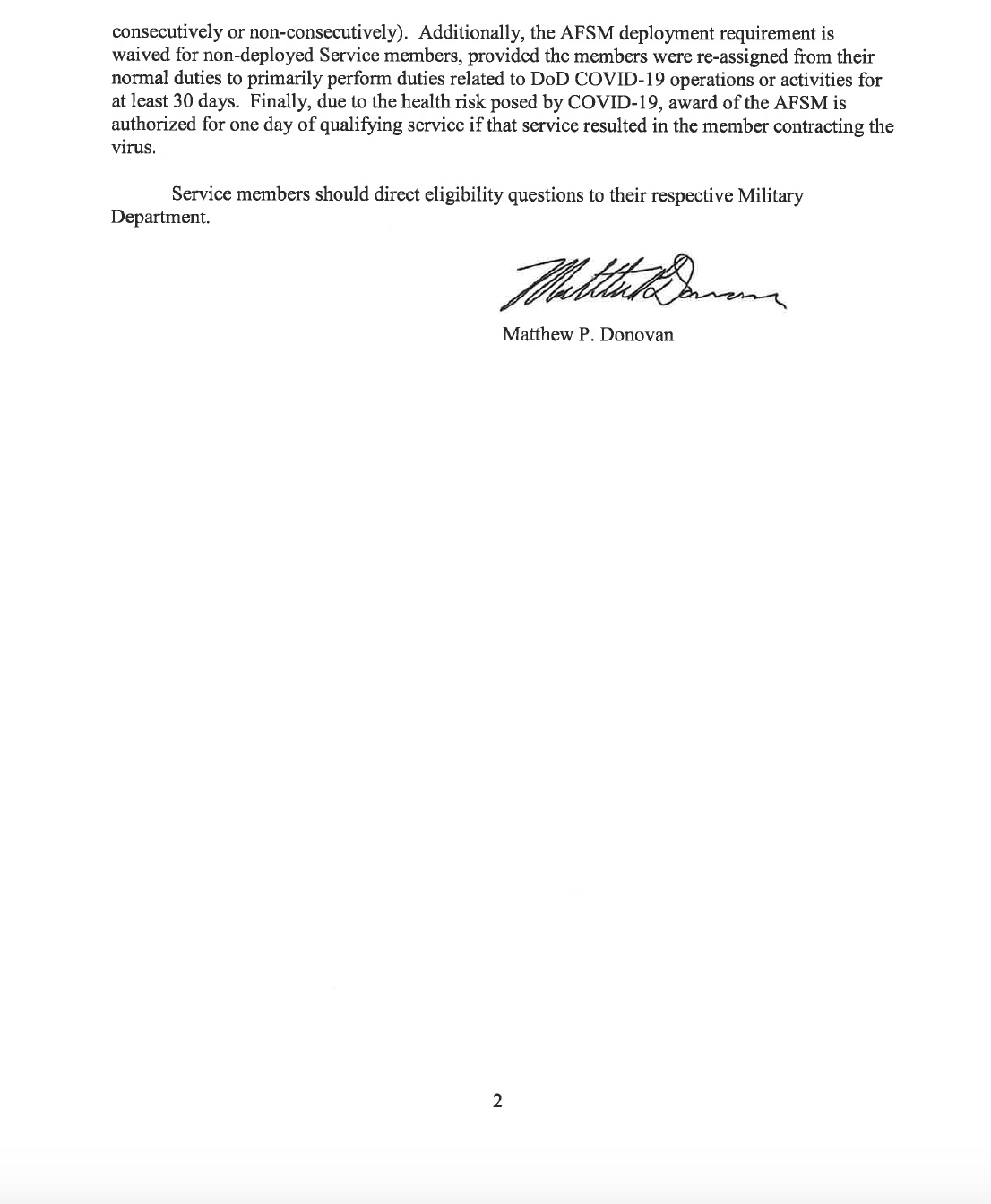 However, service members are not automatically eligible for both, the memo says, “based on the same activities, deployment, and/or period of time.”

That is to say, it’s one or the other, unless a particular member has been mobilized twice.

After COVID-19 and protest response, the National Guard is gearing up for a rough hurricane season

The Guard is expecting about a third more storms this year than last, and many of its troops will be activated for the second or third time in as many months.

For the AFSM, a service member needs to have spent at least 30 days on COVID-19 response ― not necessarily consecutively ― after an activation specifically for the effort, or after being reassigned from a primary duty to support it.

That time requirement knocks down to just one day on-the-job if the service member contracted COVID-19 as a result.

More than 45,000 National Guardsmen alone activated in all 50 states, three territories and the District of Columbia, in addition to reservists and active-duty medical personnel who manned the hospital ships Mercy and Comfort, as well as working in civilian hospitals.

More than 2,000 National Guardsmen have been diagnosed with COVID-19, though the bureau has not been separately tracking cases in those who have mobilized, spokesman Master Sgt. Mike Houk told Military Times.

Currently 1,021 of those cases are active, he said.