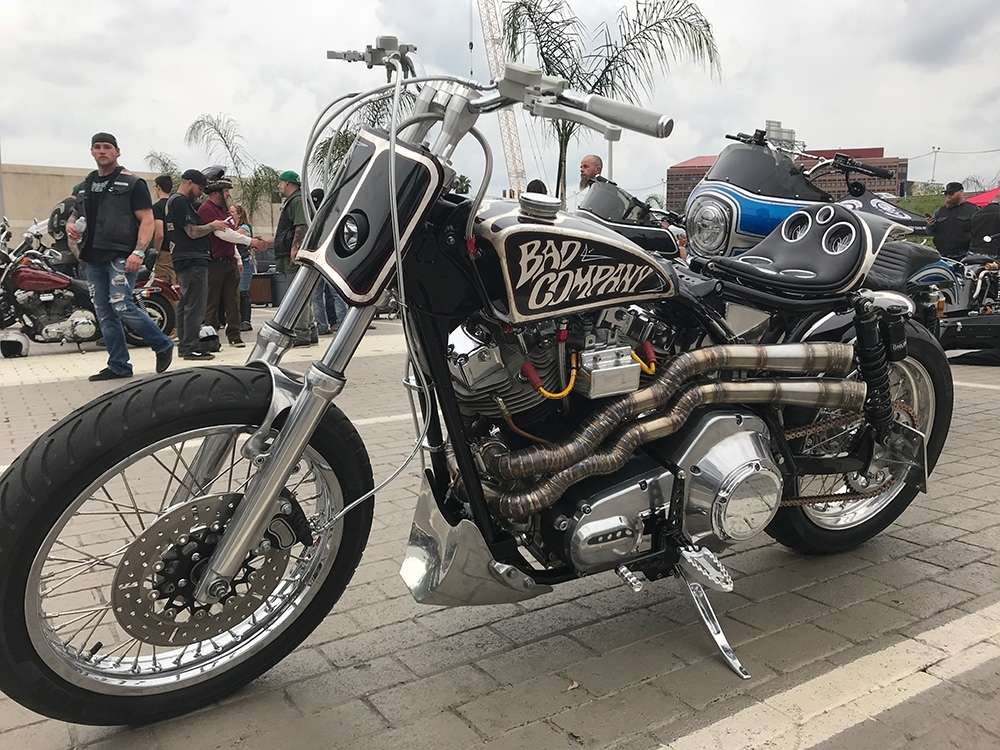 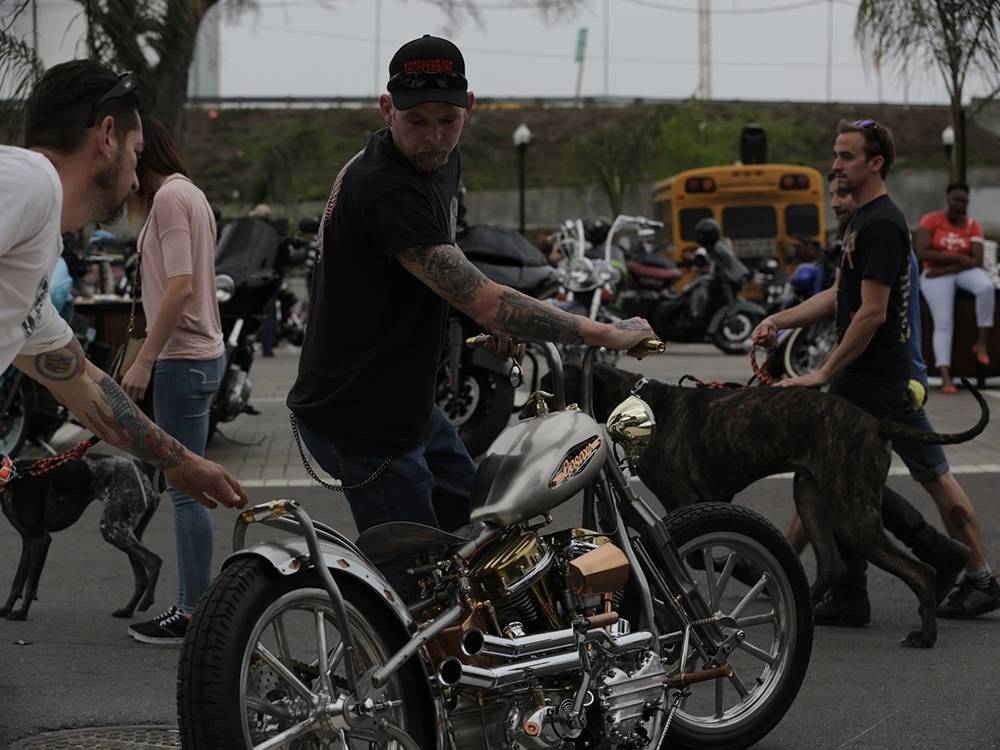 This Panhead was definitely getting a lot of looks. So was the horse ... er, Great Dane ... behind it. (Jordan Mastagni)
3 of 10 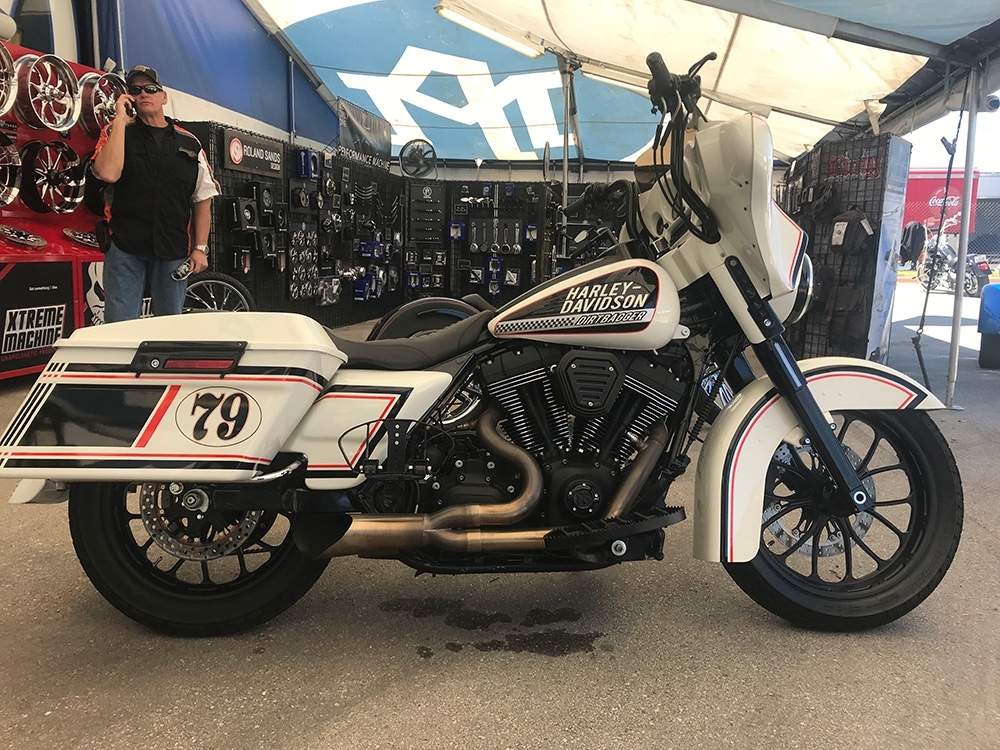 The Burly Brand Dirt Bagger makes absolutely no sense, which is exactly why we love it. (Jordan Mastagni)
4 of 10 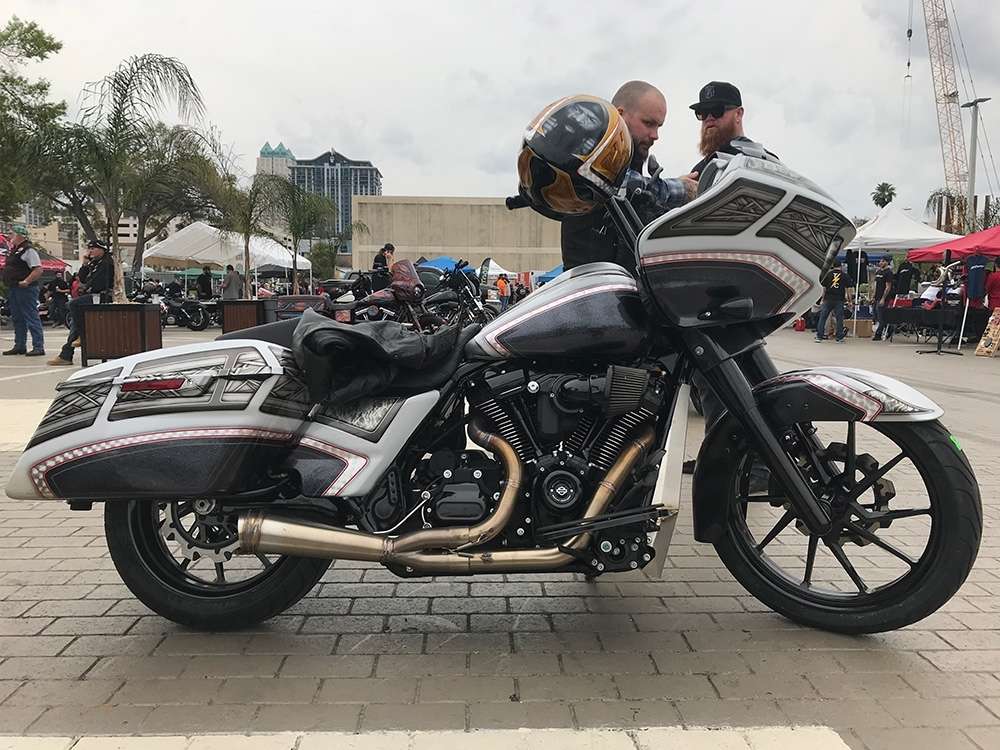 Definitely feeling the style with this custom Road Glide from The Fast Life Garage. (Jordan Mastagni)
5 of 10 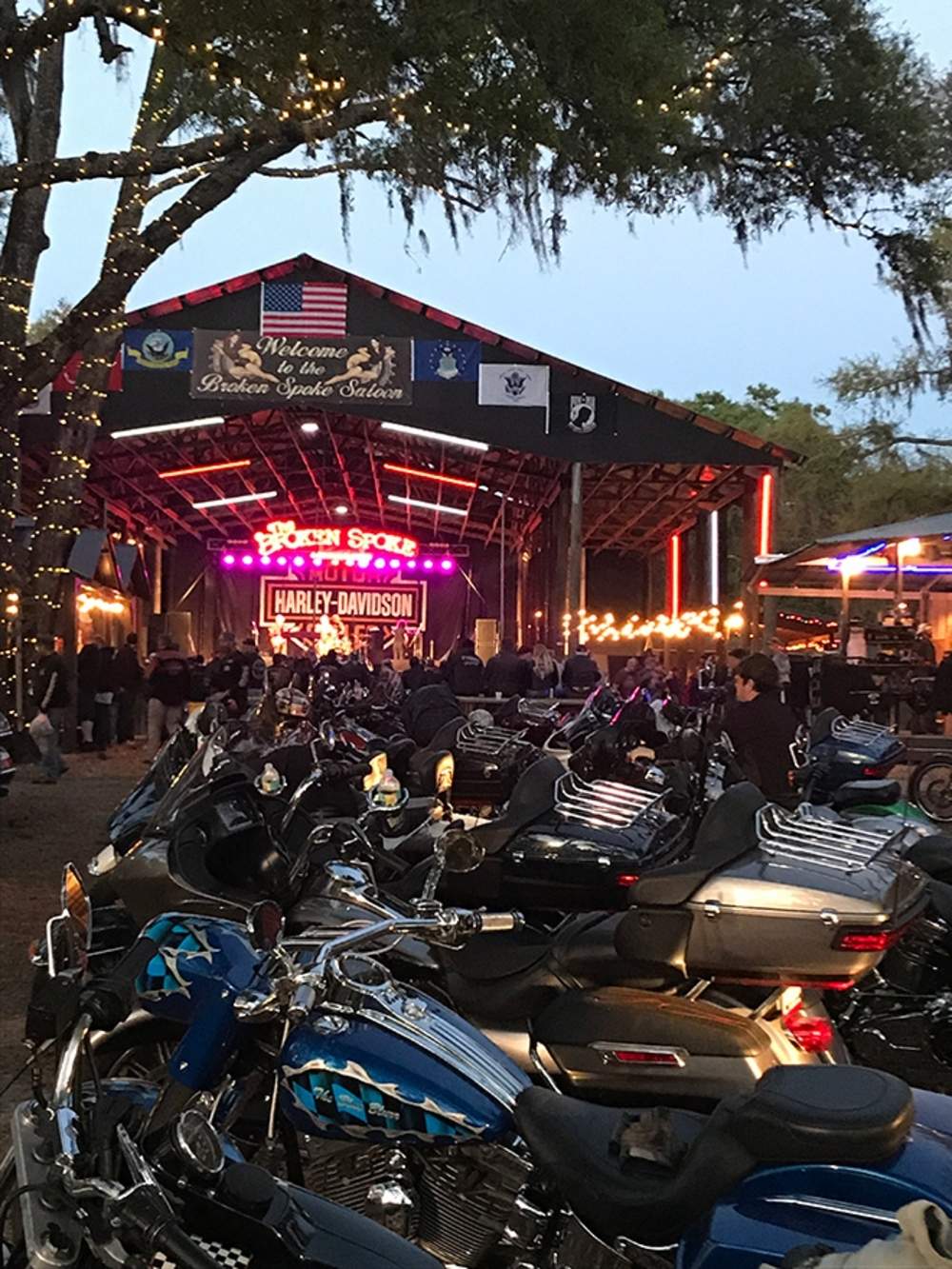 It's not Daytona Bike Week without a visit to the Broken Spoke Saloon. (Jordan Mastagni)
6 of 10 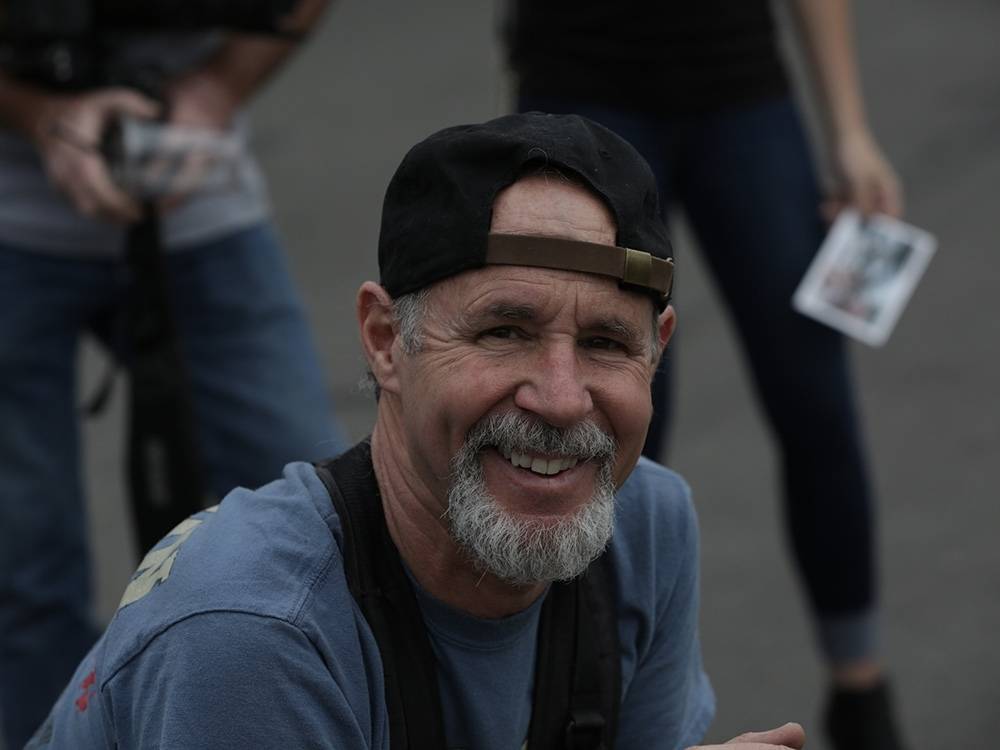 The illustrious Michael Lichter (www.lichterphoto.com) is usually behind the lens, but we snapped a pic of him in the act. (Jordan Mastagni)
7 of 10 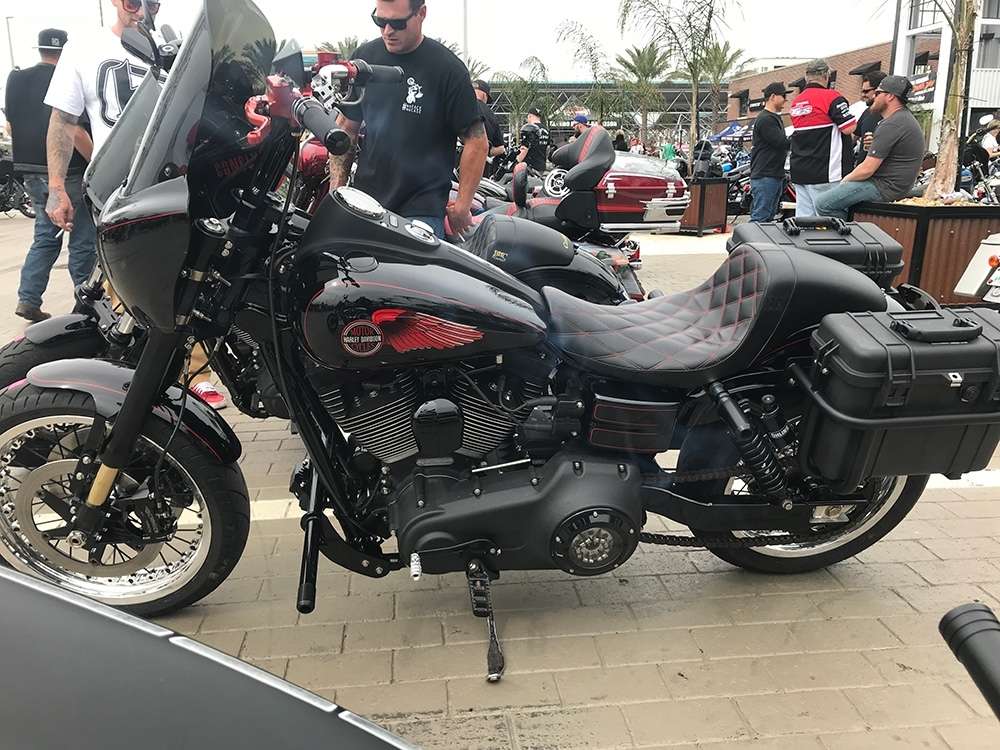 All business: One of our favorites from Bike Week is this Dyna Street Bob with all the right parts. (Jordan Mastagni)
8 of 10 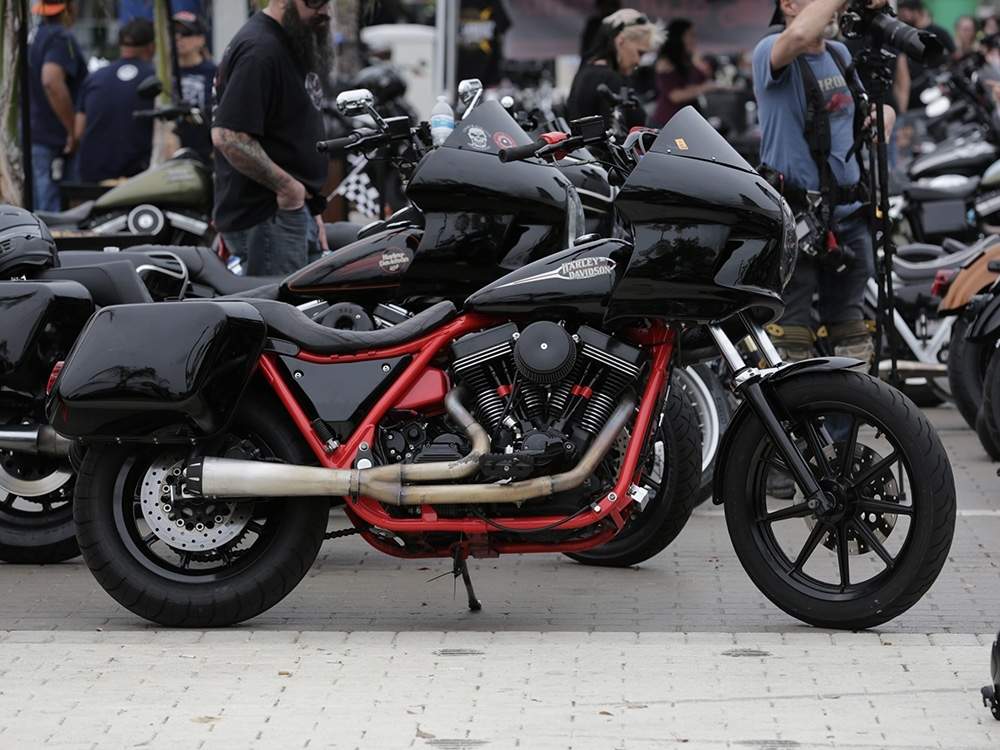 Red and black is a pretty perfect pair for a Harley. (Jordan Mastagni)
9 of 10 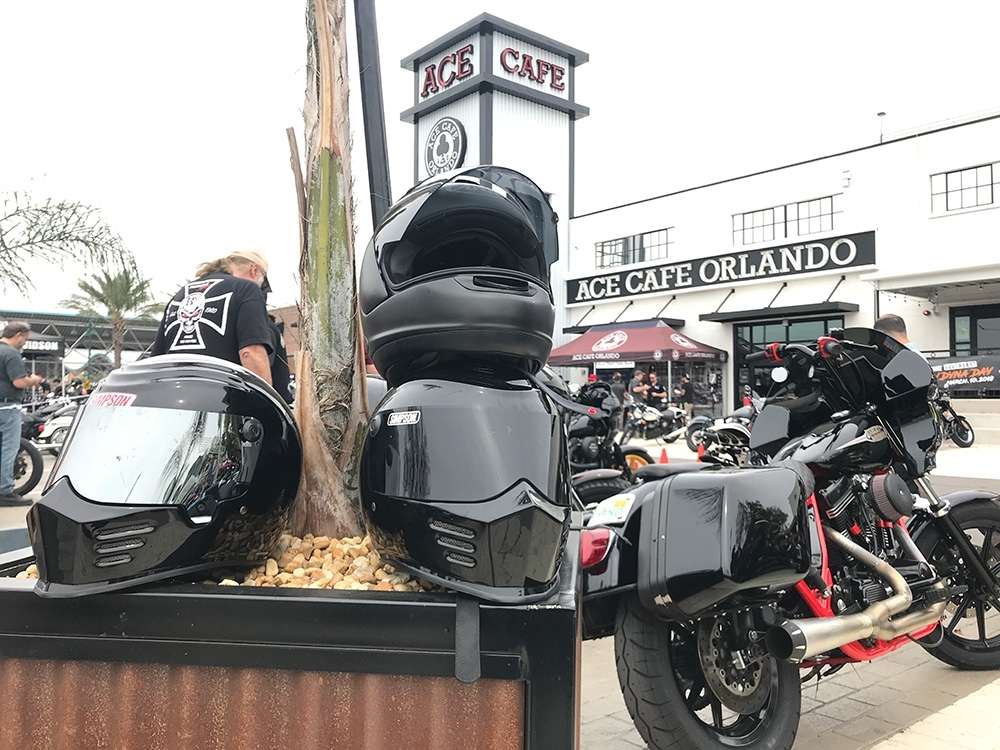 Two Simpsons, one Arai, one FXR, and one really cool venue -- the Ace Café Orlando. (Jordan Mastagni)
10 of 10 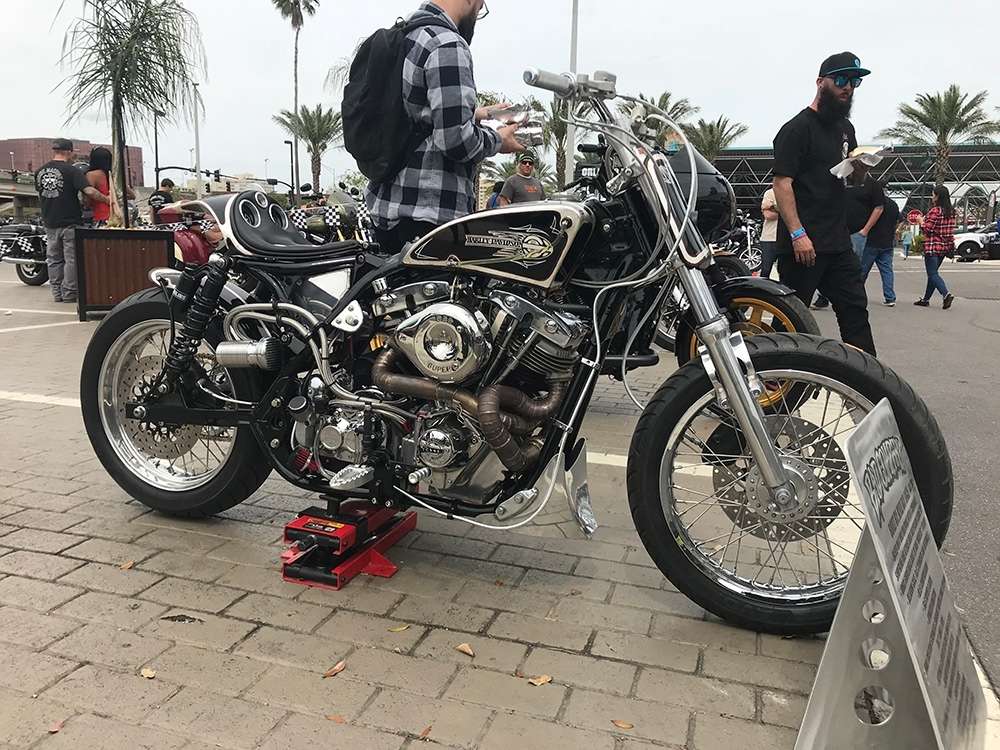 For hundreds of thousands of bikers tucked away in their frigid shops or garages all winter long, Daytona Beach Bike Week offers that glimmer of hope that riding season is inching closer, and Jack Frost is about to go back to his hole ... or wherever else it is he goes.

Well, the time has come. Every year, we trek to the Florida shores to gain some perspective into what folks from different parts of the country have been tinkering away on during the offseason. It's pretty cool to see the imagination into some of these custom creations.

Plus, builders have a tendency to always wait to reveal their new creations until Bike Week. Whether it's a new Harley Road Glide that just had the paintwork done, or a new Harley Softail with some trick parts that have yet to have been released, or maybe an old FXR or Dyna project that just never goes out of style, there's a solid mix of rad ― and not-so-rad ― bikes to check out.

Check out the gallery above for a small glimpse into the 2018 Daytona Beach Bike Week rally.