Mattis: US arms for Syrian Kurds will continue after Raqqa

MUNICH — U.S. Defense Secretary Jim Mattis said Tuesday that America will continue to provide weapons to Syrian Kurdish fighters after the battle to oust Islamic State militants from Raqqa, Syria, is over.

Describing American reassurances to Turkey that the U.S. will take back weapons given to the Syrian Kurds after the ISIS fight, Mattis said it depends on when or where the next mission is. And he also sounded a cautionary tone when asked if all the weapons would be returned. "We'll do what we can," he told reporters traveling with him to Germany.

Mattis' comments marked the first time he has spoken at length publicly about the U.S. pledge to recover the weapons provided to the Kurds.

Turkish officials late last week said Mattis had reassured them by letter that arms given to the Syrian Kurds would be taken back and that the U.S. would provide Turkey with a regular list of arms give to the fighters. 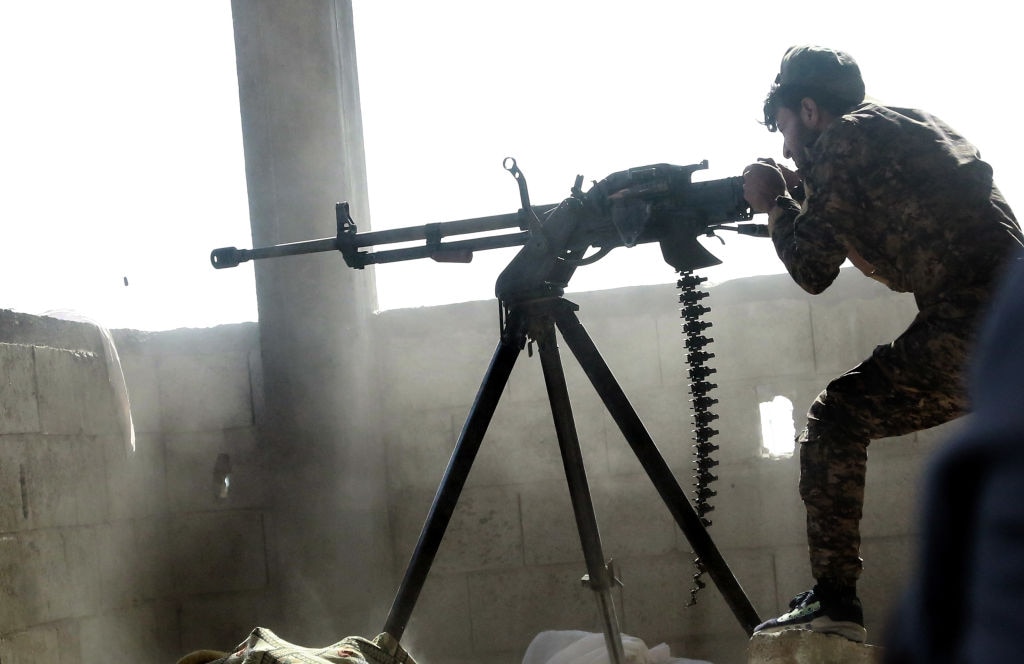 A member of the Kurdish People's Protection Units fires a machine gun against Islamic State militants in the al-Sinaa district of Raqqa, Syria, June 21.
Photo Credit: Delil Souleiman/AFP via Getty Images
The Trump administration's decision last month to arm the Kurds roiled Turkey, which views the fighters as an extension of a terror group operating in Turkey.

Mattis said the U.S. has made it clear all along that, "we're going to equip them for the fight. If they have another fight and they need, you know, the light trucks that they've been using ... we'll get them that."

It depends, he said, on the battle and what weapons the Kurdish fighters need.

Mattis said the U.S. gave the fighters weapons they needed for the urban fighting they are facing in Raqqa. And as the fight goes on, he said the U.S. will collect weapons and repair them, or take certain weapons back and provide others .

"When they don't need certain things any more, we'll replace those with something they do need," said Mattis, who is expected to meet with his Turkish defense counterpart during a NATO meeting later this week in Brussels.

The U.S. is convinced that the Kurdish fighters, known as the YPG, are the most effective local force in trying to oust ISIS militants from their stronghold in Raqqa.

Ankara, however, fears that weapons given to the Kurdish fighters will end up in the hands of insurgents in Turkey, known as the PKK. The U.S. also considers the PKK a terrorist organization, and has vowed it would never provide weapons to that group.

U.S. officials have been careful not to publicly detail the amount or specific types of weapons going to the Syrian Kurds. But officials have indicated that 120 mm mortars, machine guns, ammunition and light armored vehicles were likely. The officials, who spoke on condition of anonymity because they weren't authorized to publicly discuss the matter, said artillery or surface-to-air missiles would not be provided. 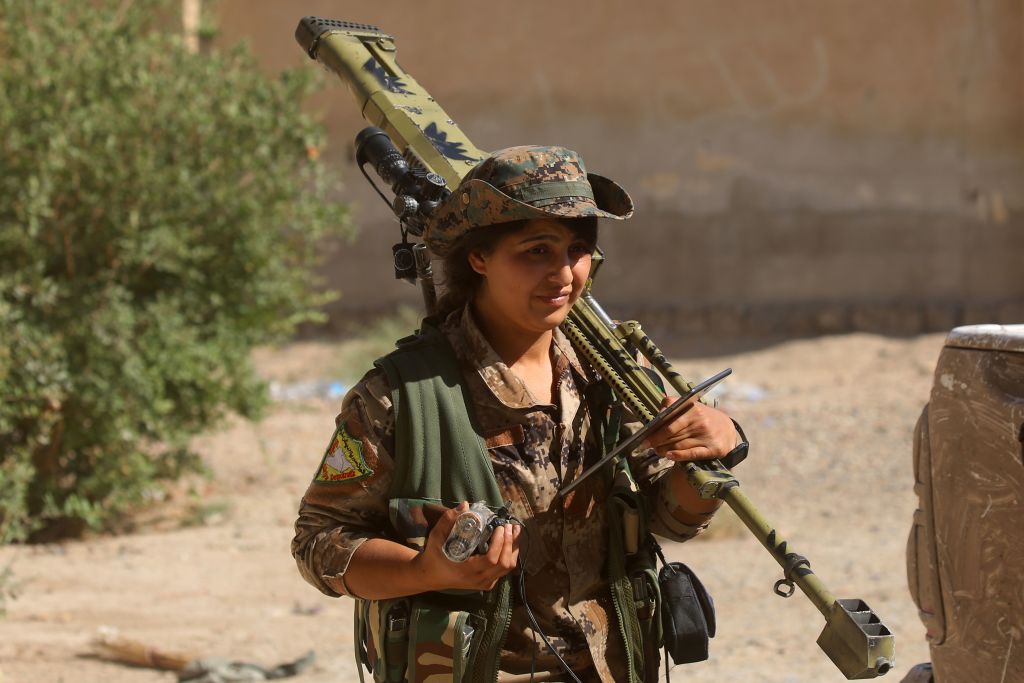 A member of the Kurdish People's Protection Units (YPG) carries a weapon in a Syrian city of Raqqa's eastern al-Sinaa district, on June 21, 2017, during an offensive by US-backed fighters to retake the Islamic State group bastion.
Photo Credit: Delil Souleiman/AFP via Getty Images
The initial weapons deliveries began at the end of May, and the Pentagon said they included small arms and ammunition.

Mattis also said that as the fight against ISIS grows more complex and moves into the Euphrates River Valley, it will require more deconfliction with the Russians.

In recent weeks, when the U.S. shot down a Syrian government war plane and an Iranian drone that were threatening U.S.-allied Syrian fighters, the angry response from the Russians was to declare they would not use the deconfliction phone line.

But Mattis said the de-confliction talks continue and are happening at several military levels, to insure that aircraft and ground forces are safe.

Syrian, Russia, U.S. and coalition aircraft all fly in the increasingly crowded skies over Syria. And as the fight moves beyond Raqqa to other IS-held territory along the river, Mattis said the crowded field of forces -- from Russia, Syria, Hezbollah and the coalition -- will have to work to avoid conflicts on the ground.

Asked if the various groups would carve up the river valley into controlled segments, Mattis said it may not look that neat.

"It'll be based on where does the river bend here and which side of the river is the town on there, this sort of thing. So it may look a little more squiggly," Mattis said.

He said commanders can work it all out, "however, as you mix more forces more closely together, what worked before for deconfliction is going to take more precision."

A cleanup is underway at the Red Hill facility after the spill of fire suppressant foam containing PFAS, a class of chemicals that can be toxic to humans.

The otherworldly circumstances that led to a black bear ingesting a mountain of cocaine form the basis of the upcoming film.

For the first time, a female Marine will serve as the top enlisted adviser to a three-star general.

The award paperwork was lost on two separate occasions. Now his medal may come.

US Medal of Honor recipient Hiroshi Miyamura dies at 97

Hiroshi Miyamura, a former Army corporal who was awarded the U.S. Medal of Honor for his actions during the Korean War, has died.

Afghan soldier sought asylum in U.S. and was arrested at Texas border