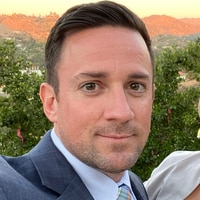 Jared is a freelance journalist and a veterans advocate living in Los Angeles. He's also a Marine Corps veteran who remained in Kuwait with support elements of HMLA-169 to support the 2003 U.S.-led invasion of Iraq and later deployed to Al Asad and Al Qa'im, Iraq in 2004 with the 3rd Marine Aircraft Wing and 31st Marine Expeditionary Unit.