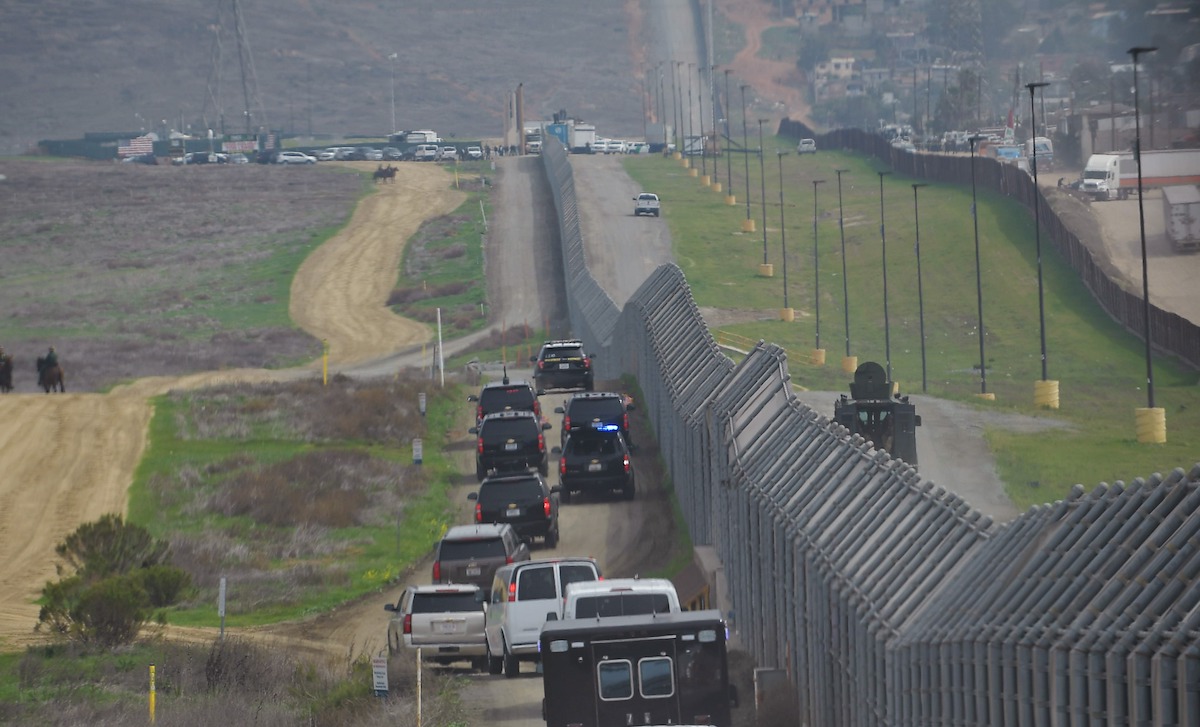 A motorcade carrying U.S. President Donald Trump drives past a U.S.-Mexico border fence as he heads for an inspection of border wall prototypes in San Diego, Calif., on March 13, 2018. (Mandel Ngan/AFP via Getty Images)
2 of 9 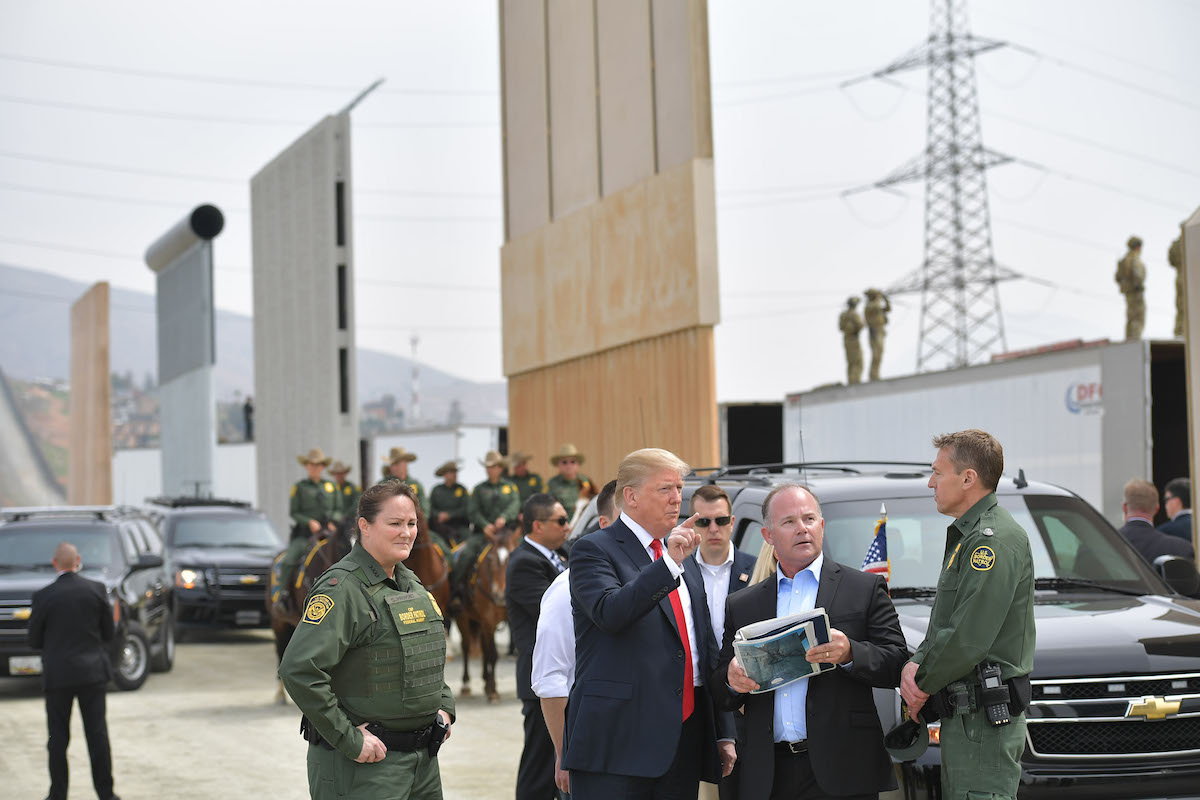 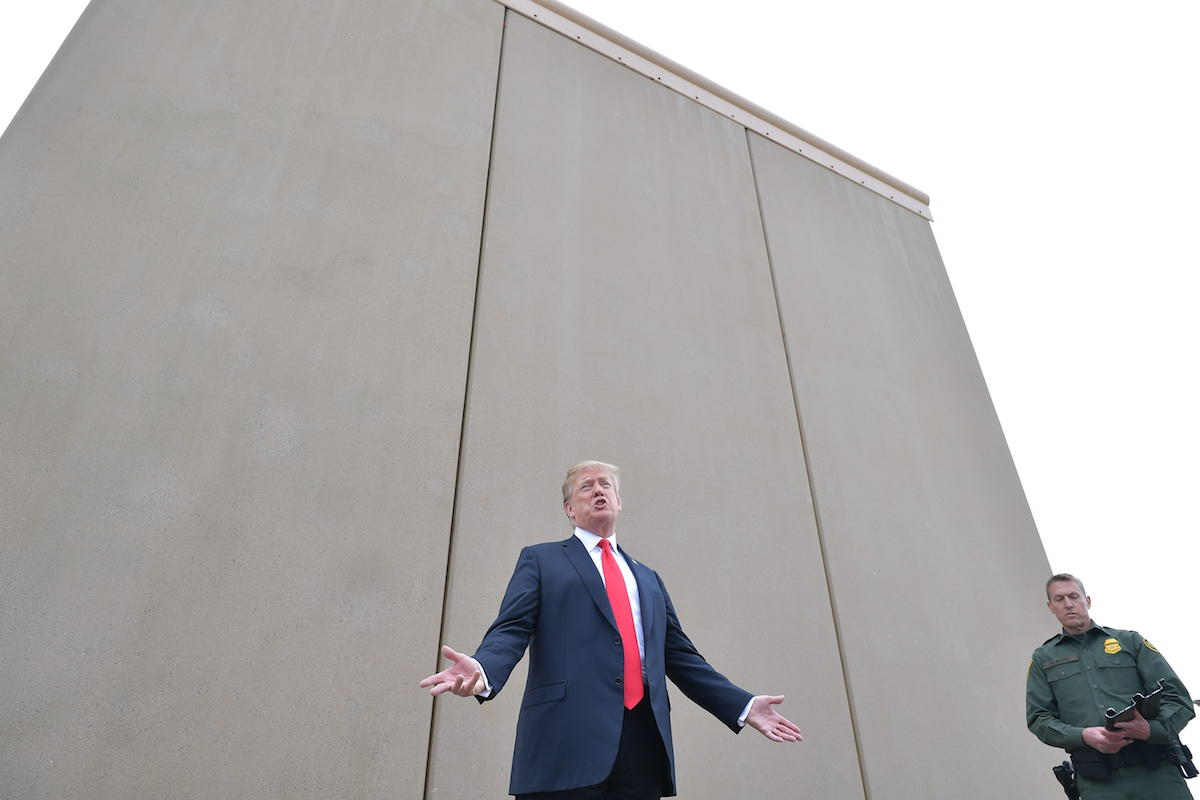 President Donald Trump makes his first trip to California as president. The state is the most populous in the country and a Democratic stronghold. (Mandel Ngan/AFP via Getty Images)
4 of 9 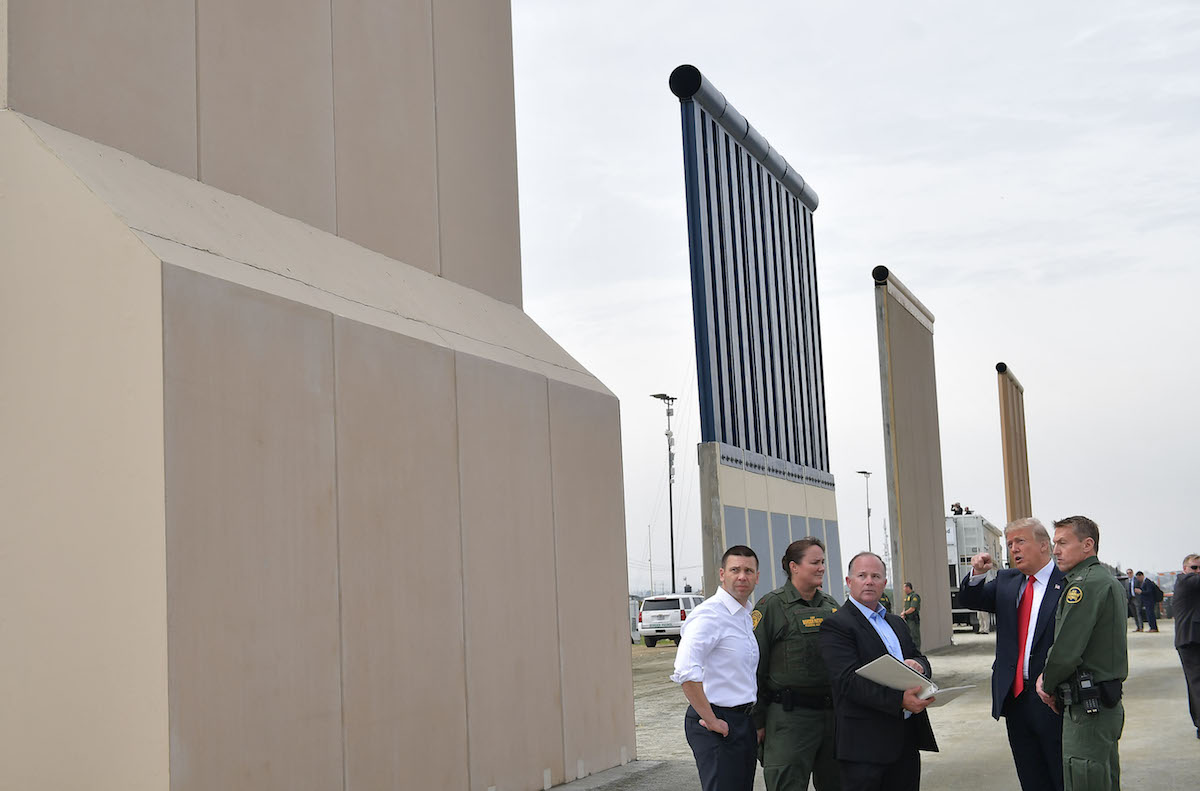 The president has warned there would be "bedlam" without the controversial wall he wants to build on the border with Mexico. (Mandel Ngan/AFP via Getty Images)
5 of 9 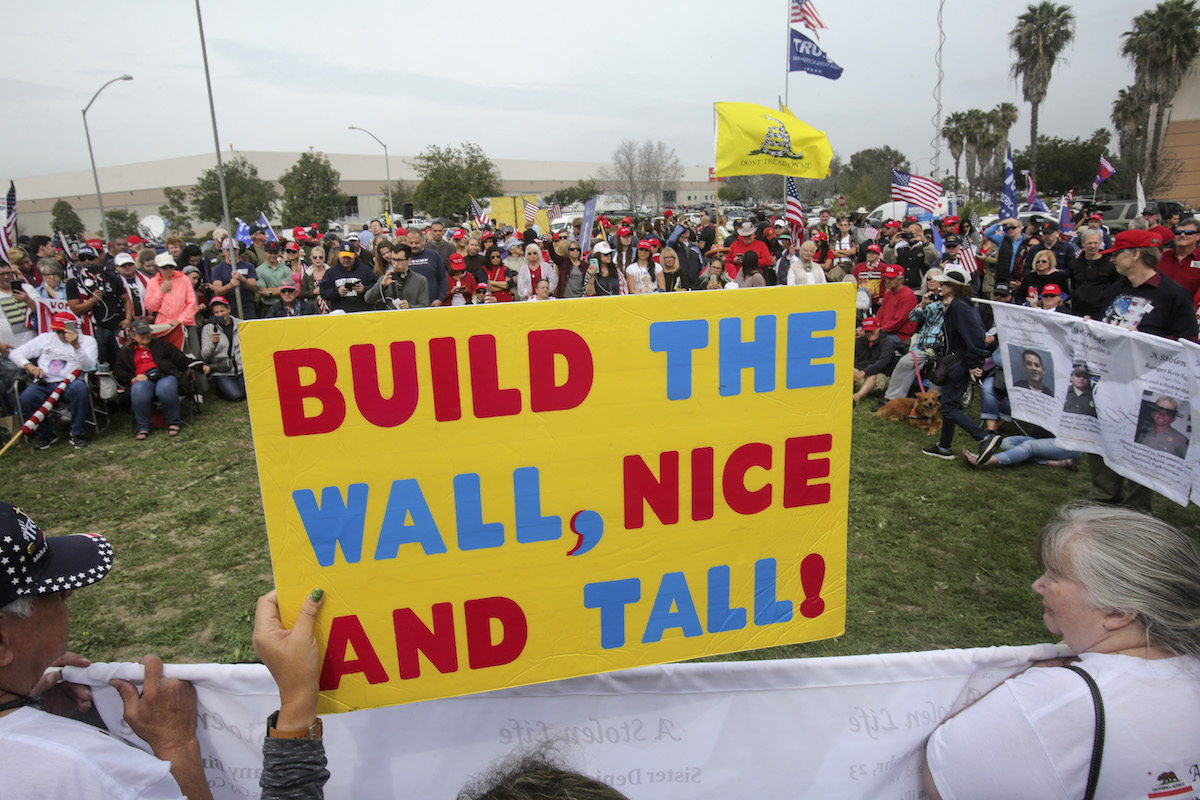 Supporters of President Donald Trump display signs during a rally attended by about 500 people in San Diego, Calif., on March 13, 2018, where he was visiting the nearby border wall protoypes. (Bill Wechter/AFP via Getty Images)
6 of 9 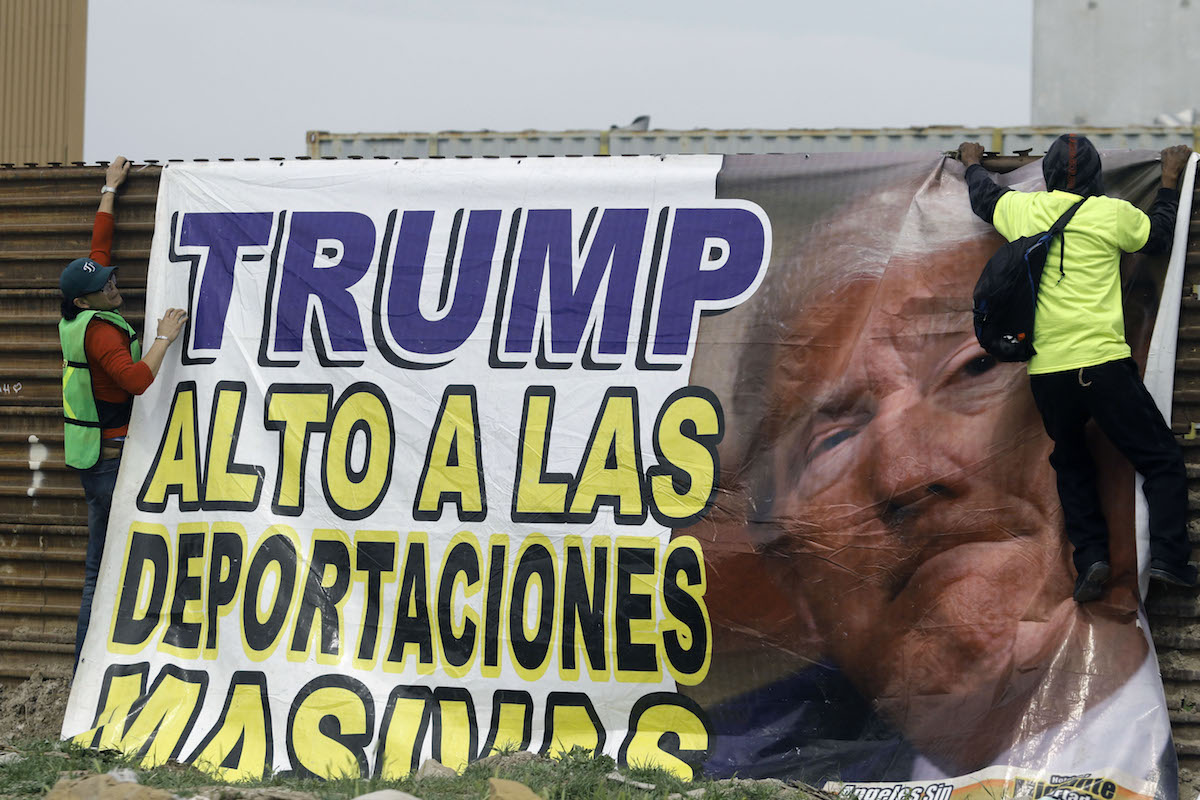 Demonstrators place a banner reading "Trump stop massive deportations," during a protest against U.S. President Donald Trump's migration policies on the Mexican side of the U.S.-Mexico border in Tijuana. (Guillermo Arias/AFP via Getty Images)
7 of 9 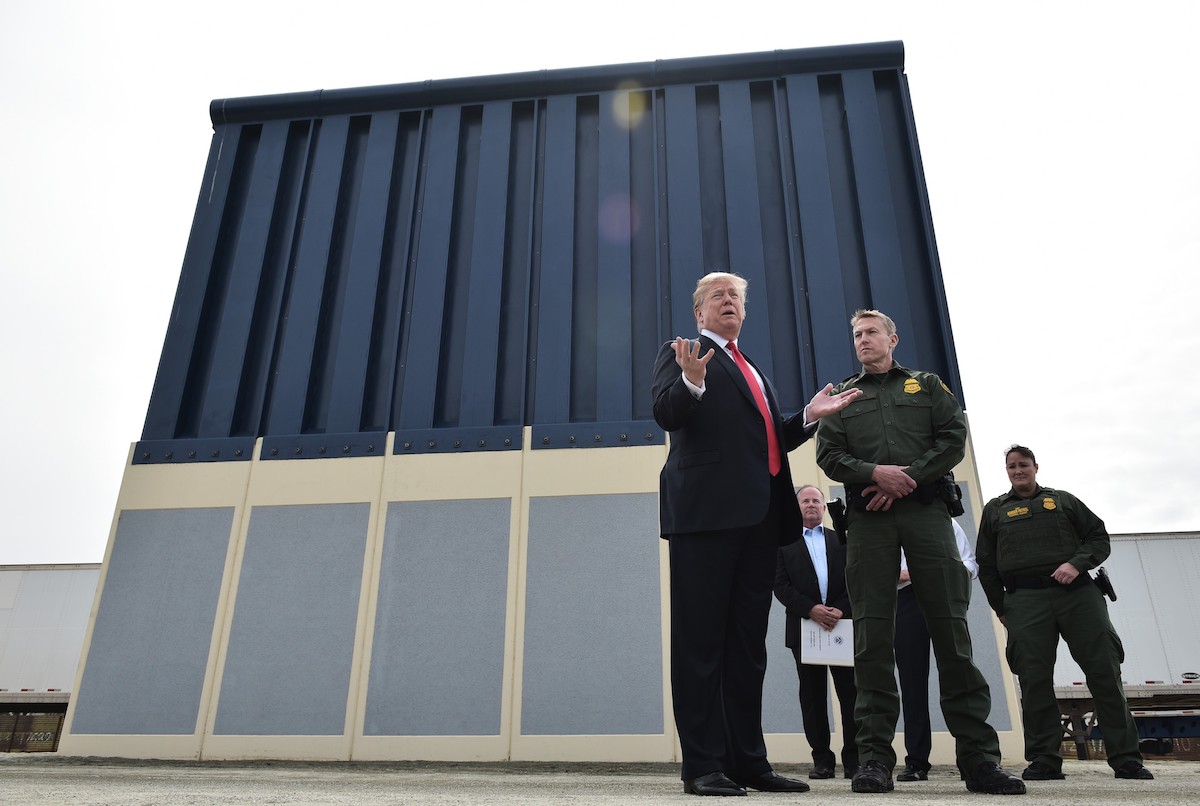 The president's trip to the Golden State was largely upstaged by his own announcement that he had sacked Secretary of State Rex Tillerson. (Mandel Ngan/AFP via Getty Images)
8 of 9 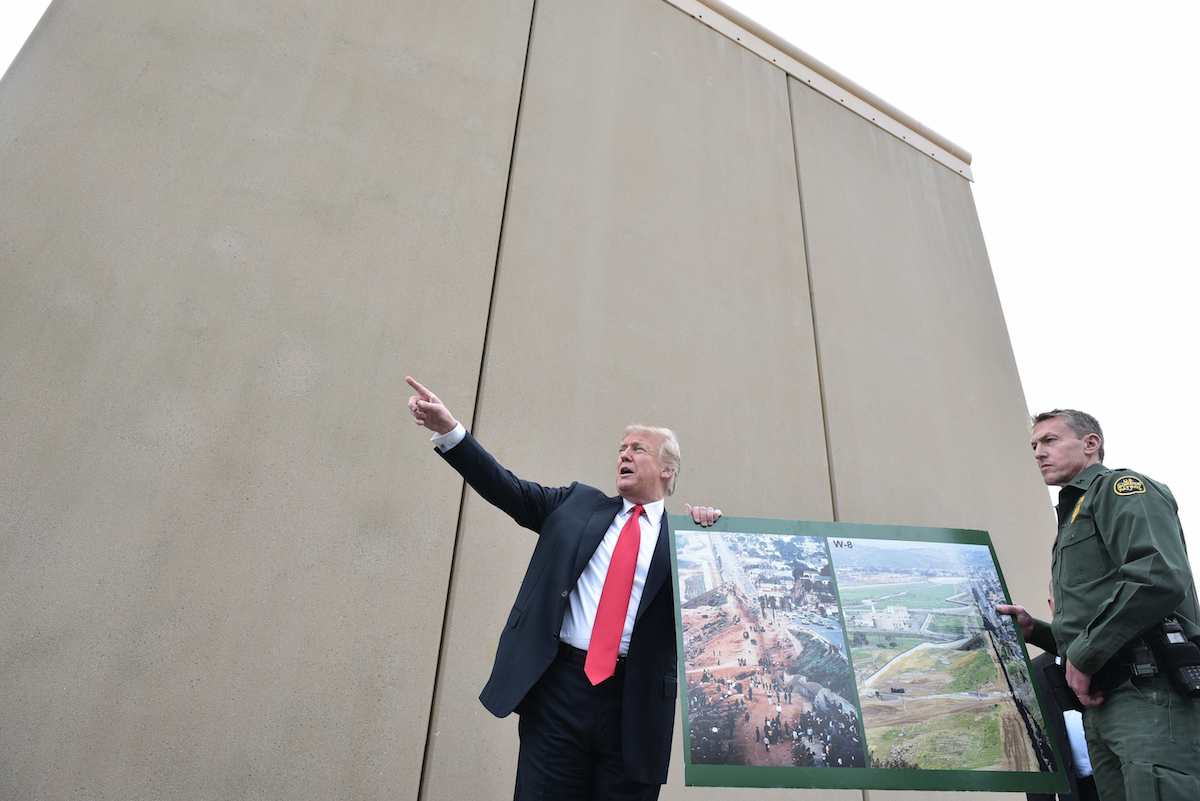 U.S. President Donald Trump holds up a poster of before and after photos of a segment of the border wall prototypes with Chief Patrol Agent Rodney S. Scott, right, in San Diego, Calif., on March 13, 2018. (Mandel Ngan/AFP via Getty Images)
9 of 9 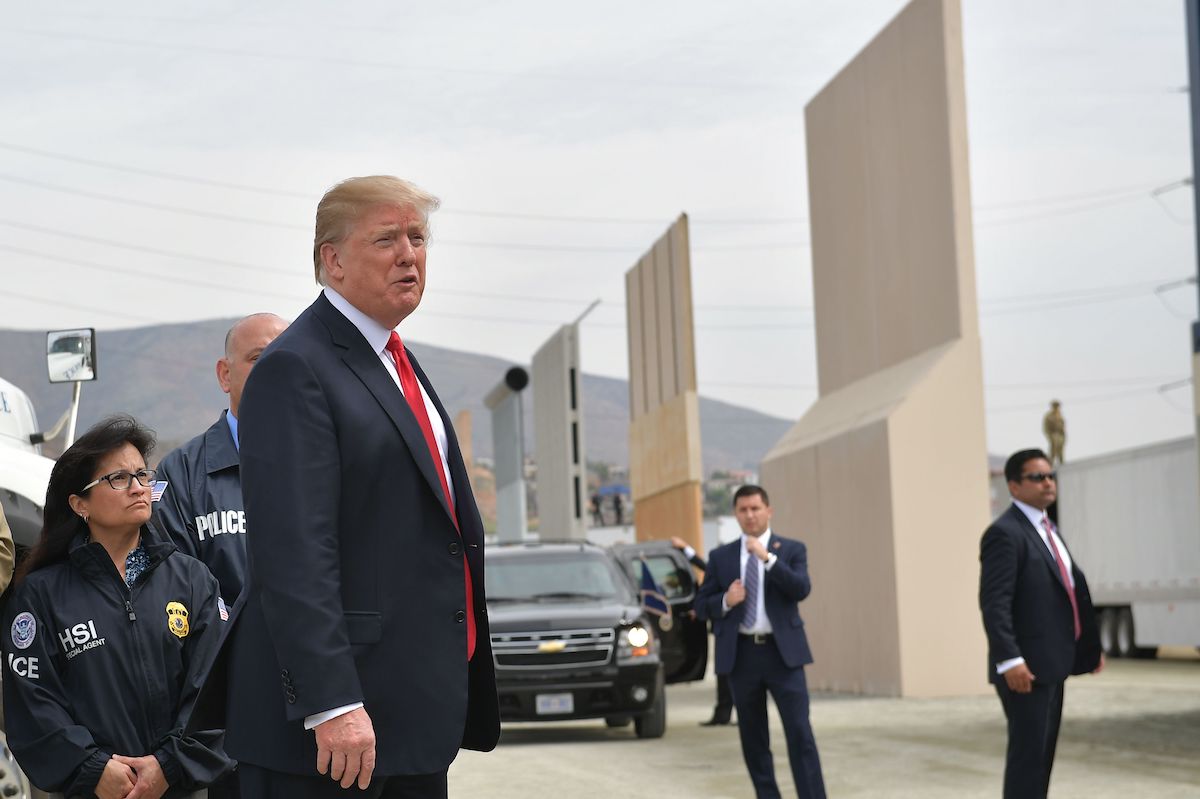 WASHINGTON — U.S. President Donald Trump is been pushing behind closed doors for the Pentagon to pay for a border wall between the U.S. and Mexico, according to a new report.

The Washington Post reported that Trump suggested it in recent days to House Speaker Paul Ryan, R-Wis., and several advisers, including Defense Secretary Jim Mattis, as a means of addressing a national security risk.

Ryan reportedly offered little reaction to the idea and senior Capitol Hill officials later told the newspaper it was an unlikely prospect.

Trump reportedly noted in a separate meeting with senior aides that the Pentagon would be able to afford it after the passage of the $1.3 trillion federal spending package on Friday. In it, the Pentagon received about $700 billion, while Trump’s border wall got $1.6 billion of the $25 billion he sought.

On Tuesday, White House Press Secretary Sarah Sanders neither confirmed nor denied the report. She affirmed the administration is committed to the project and that Trump would work with White House counsel to ensure any action he takes is “within his rights and executive authority.”

Over the weekend, Trump hinted at his idea on Twitter.

“Because of the $700 & $716 Billion Dollars gotten to rebuild our Military, many jobs are created and our Military is again rich,” the tweet read. “Building a great Border Wall, with drugs (poison) and enemy combatants pouring into our Country, is all about National Defense. Build WALL through M!”

Two advisors told the Post that the “M” stood for “military,” though Trump has said previously that Mexico would pay for the wall.

A senior Pentagon official told the Post that shifting money appropriated to the military would require an act of Congress. An amendment to amend the fiscal 2019 budget would require 60 votes in the Senate, but Republicans hold a slim 51-49 seat majority.

“First Mexico was supposed to pay for it, then U.S. taxpayers, and now our men and women in uniform? This would be a blatant misuse of military funds and tied up in court for years,” Senate Minority Leader Charles E. Schumer, D-N.Y., said in a statement to the Post. “Secretary Mattis ought not bother and instead use the money to help our troops, rather than advance the president’s political fantasies.”

Sanders said Tuesday that Trump is still considering ways for Mexico to pay or the border wall, though she declined to provide specifics.

“I can tell you that the continuation of building the wall is ongoing, and we’re going to continue moving forward in that process,” Sanders told reporters at the White House.

Yet Sanders declined to elaborate on whether using military funds would actually be pursued.

“I’m not going to get into the specifics,” she said, adding that the wall is “necessary to defend the country.”