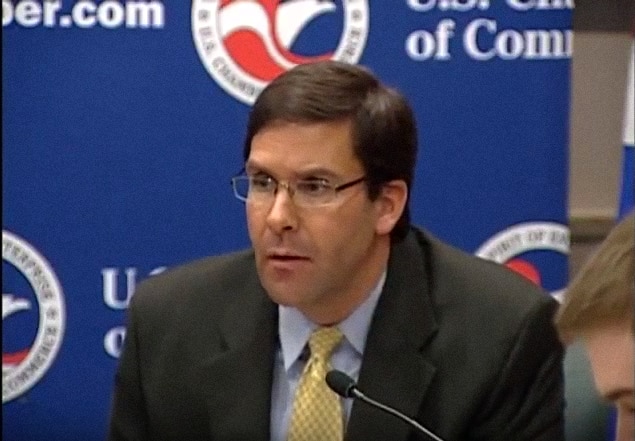 This week in Congress: UFO debate flies into Capitol Hill

Defense and veterans hearings on Capitol Hill for the week of May 16, 2022.

Finland’s president and government have announced that the Nordic country intends to apply for membership in NATO.

“The deployments are one-for-one unit replacements, which will leave our overall force posture in the region — approximately 100,000 — unchanged,” the Pentagon's spokesman said.

A decision to cancel the technically challenged ASW mission package raised the per-unit cost overall for the mission modules program, resulting in a Nunn-McCurdy breach the Navy reported to Congress May 13.

This is the first conversation between the two defense chiefs since Feb. 18, a week before the war started.

4 Air Force cadets may not graduate due to vaccine refusal

They may be required to pay back thousands of dollars in tuition costs, according to Air Force officials.

Okinawa marks 50 years of end to US rule amid protests

Okinawa Governor Denny Tamaki has urged Japan’s central government to do more to reduce the U.S. military presence in the southern island group.

The mission aimed to see how airmen and the jet would fare over a full day in flight.

The Navy doesn’t want nukes on ships, despite interest from some combatant commanders

The Navy says forcing surface ships or attack submarines to haul around nuclear-tipped missiles would be feasible, but would be a burden in a time with many more pressing missions and no extra money to spare on lesser priorities.

What makes the Switchblade drone lethal in Ukraine?

This week in Congress: UFO debate flies into Capitol Hill

Okinawa marks 50 years of end to US rule amid protests