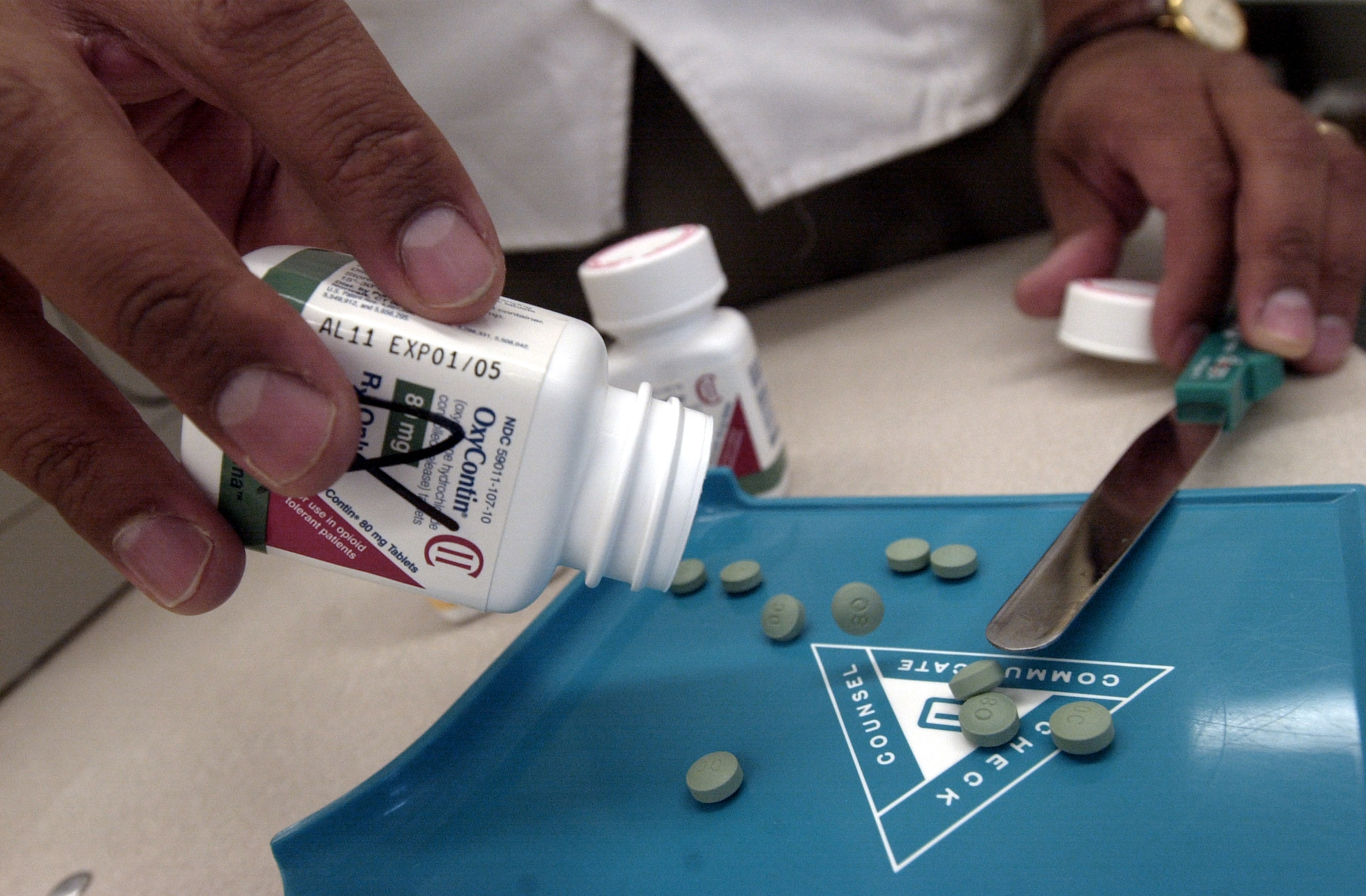 According to VA, the number of veterans prescribed opioids since the VA-wide implementation of its Opioid Safety Initiative in 2013 has dropped by nearly 110,000.
Photo Credit: Darren McCollester/Getty Images

The number of veterans prescribed opiates and other pain medications through Veterans Affairs has declined under a drug safety initiative but the aggressive monitoring program may have deadly consequences for some who turn to street drugs or suicide to stop their pain.

Congressional representatives and veterans advocates on Wednesday raised concerns that VA physicians often over-prescribe addictive opiate painkillers but also may now be underprescribing them as VA hospitals and clinics move to crack down on their use for chronic pain and mental health conditions.

Both approaches can be harmful.

"[Under these measures] veterans are now required to see a prescriber every 30 days, but at the El Paso VA, they are unable to get an appointment, so they go without, or they do something they shouldn't — they buy them on the street," Rep. Beto O'Rourke, D-Texas, said.

"Too often we hear stories of veterans who are prescribed what seems like an assortment of antipsychotic drugs and opioids with very little oversight. … On the flip side, there are some stories of veterans with enormous pain and doctors who won't consider their request for stronger medication," Jacqueline Malfucci, research director for the Iraq and Afghanistan Veterans of America told the House Veterans' Affairs Committee.

According to VA, the number of veterans prescribed opioids since the VA-wide implementation of its Opioid Safety Initiative in 2013 has dropped by nearly 110,000, and the number receiving opiods and benzodiazepines together — a mix that can cause respiratory distress and accidental death — declined by nearly 34,000.

No statistics are available regarding the number of veterans in chronic pain who take to buying opiate-based prescription painkillers or heroin on the illegal market.

Each week, get insights on military retirement benefits and issues

O'Rourke hinted that it's a growing problem in his district.

"At a minimum, these veterans are suffering and in some cases, I would connect that suffering to suicide," said O'Rourke, whose constituents include the families of several veterans who died by suicide as well as a VA psychologist who was killed by a patient in January.

This year, the VA is undertaking new initiatives to further reduce veterans' dependence on opiates and other pain medications, according to Dr. Carolyn Clancy, interim VA undersecretary for health.

But committee members expressed concern that many VA doctors do not follow recommendations and clinical practice guidelines for these therapies and instead medicate patients immediately with little follow-through.

A Government Accountability Report released Wednesday appears to confirm their thoughts. According to GAO, of 30 cases reviewed of veterans diagnosed with major depressive disorder, 86 percent of patients were not reassessed within the recommended four to six weeks after first being prescribed an antidepressant.

"Given the debilitating effect that depression can have on veterans' quality of life, VA's monitoring of veterans with [depression] is critical to ensuring they receive care that is associated with positive health care outcomes," GAO director of health care Randall Williamson said.

Clancy acknowledged that VA has "a ways to go" to help veterans access mental health treatment and work to reduce veterans suicide, which can be associated with physical and mental health conditions.

But she took issue with the questions raised by the GAO report, that VA doctors don't follow the department's own guidelines.

"I'm not sure any guideline written on Planet Earth should be followed 100 percent of the time. Many doctors look at them as tools not rules because every patient is different," Clancy said.

She said VA is making strides in monitoring its regions and facilities regarding prescriptions and said the department is implementing a system that will allow the department to monitor individual physicians' prescribing habits and patient use.

She added that VA remains very concerned about illicit drug use among veterans, although they don't know the scope of the problem.

"We can't know [about heroin use among veterans] with the information we have but it's something we worry about constantly," Clancy said.

During the hearing, representatives and advocates weren't the only ones agitated by what they believe is a lackluster response, from both VA and Congress on the issues of mental health treatment for veterans and suicide.

A spectator who did not give his name but later was identified as a former Marine, stood in the middle of the session and shouted at the committee and VA officials.

"That's not enough! These veterans have been hearing the same thing over and over again. ... It's not enough," he said.